Bradley-John Watling, New Zealand’s wicket-keeper batsman is nearing a decade in international cricket. On the basis of longevity alone, he is senior to New Zealand’s star batsman, Kane Williamson and their premier bowler, Trent Boult. He has been undroppable from the Test side since becoming a vital cog as a wicketkeeper-batsman. Yet his name is hardly taken in the same breath as the aforementioned duo when you are involved in any discussion on great players in the side.

Firstly, most of the things that Watling does for New Zealand are not really eye-catching as the other two stars mentioned above. Williamson leads the side, scores big hundreds, has a highest score of 242* and sometimes, he blows bubbles while chewing gum when punching the ball on the back foot and most importantly is widely regarded as one of the nicest guys in cricket currently. Boult bowls with the new ball, makes the batsmen dance to his tunes with his swing bowling, takes wickets for fun and there are YouTube videos dedicated to his uncanny knack of plucking one-handed catches out of thin air. Watling on the other hand, barely gets noticed. He keeps wickets, bats at six in the mould of an orthodox batsman - a spot where a lot of teams prefer to have dashers. His highest score reads 142* - not an alarming number that will raise the eyebrows of cricket fans. Depending on how you look at it, he plays only Test cricket.

By the time he gets a chance to bat, the top order has either done its job or the Kiwis are chasing the eight-ball demanding him to put his head down and grind. But this is where Watling’s real value stands out. The consistency with which he churns out runs in adverse circumstances for New Zealand.

Watling displayed his value once more, twice in Sri Lanka in the recently concluded drawn Test series. He was New Zealand’s highest scorer in the second innings in the first Test in Galle, helping his side set up a competitive total. New Zealand ended up on the losing side but Watling fulfilled his role with the bat. In the second Test in Colombo, he registered his seventh Test ton giving the Kiwis a lead which eventually helped them to push for an innings victory in pursuit of a series-leveling effort. The right-hander, in fact, is amongst the most prolific wicket-keepers with the bat since his debut in December 2009.

What really makes Watling’s efforts praiseworthy is the fact that keeping wickets was not his forte. He was an occasional wicket-keeper who played his first four Tests as an opener, the fifth as a number three batsman (also Kane Williamson’s debut) and the sixth as a middle-order batsman without having to bother about donning the gloves . It was in his seventh Test, after New Zealand’s failure to find an apt wicket-keeping batsman and after Brendon McCullum had given up the role in Test cricket, that Watling was handed the gloves and scored his maiden Test hundred, against Zimbabwe in 2012. Cricketers like McCullum and Kumar Sangakkara discarded the gloves to focus on their batting. Watling to the contrary built his career by taking up the dual burden.

What highlights the significance of Watling’s runs was his ability to forge partnerships. In February 2014, Watling played second fiddle to McCullum in a 352-run stand for the sixth wicket against India, a record at that time. McCullum notched up a maiden triple ton in New Zealand’s Test history and Watling’s 124 spanning over eight-and-a-half-hours was almost forgotten. 11 months later in January 2015, Watling was part of another stunning effort - this time in an unbeaten partnership of 365 against Sri Lanka, breaking his own record for the highest sixth wicket stand in Tests that he had created with his former skipper (the record was later broken by Ben Stokes and Jonny Bairstow - a sixth wicket stand of 399 v South Africa, 2016). In both games, the Blackcaps turned the game on its head and Watling was the common factor.

Watling has batted exactly 100 times now in Test cricket, 60 times at number six or below. He has been a part of the second most number of 100-run stands for a batsman who has spent a majority of his career in the lower order.

AB de Villiers, Ajinkya Rahane, Mushfiqur Rahim are among the few modern-day batsmen who possess a better batting average playing overseas than at home. Rewind the clock a bit and you will find greats like Sachin Tendulkar, Steve Waugh and Rahul Dravid a part of that list. With a batting average of 37.5 at home and 42.91 away, BJ Watling belongs to the same category without comparable fanfare surrounding him. Amongst the current lot of Kiwi batsmen, Watling is at par with others when it comes to amassing runs overseas.

His heroics with the bat persuaded New Zealand not to shy away from using him solely as a batsman. In the Headingley Test against England in 2015, New Zealand handed the gloves to the debutant Luke Ronchi and Watling responded with a gutsy second innings hundred that led the visitors to a series-leveling win.

The only setback the wicketkeeper-batsman suffered in his career has been a hip injury in December 2017. He missed the home series against West Indies. The low number of Test matches that New Zealand play each year meant there was a gap of 359 days between two Test outings for Watling. But he has had enough trust from the selectors that he was welcomed back in the side without any hesitation replacing Tom Blundell, who had scored a hundred on his debut against West Indies in his absence.

As a wicket-keeper, Watling might not effect dramatic stumpings or runouts like MS Dhoni or take acrobatic catches like his predecessor, McCullum but he is the most efficient wicket-keeper going around in the longest format of the game.

The illustrations shown above carry the essence of BJ Watling’s game. He does not top any of the lists. He is not setting many things on fire. But he is there always, somewhere in the top three, challenging the guy at the top and giving him fierce competition for his spot and in the process, pulling his side out of the muddle time and time again. Therein lies the true unappreciated quality of the diminutive lad. 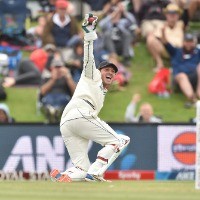 NEWS
'Been one hell of a journey,' says Watling as he looks to sign off with a win in WTC final
The New Zealand wicketkeeper will play his 75th and final Test against India in the summit clash 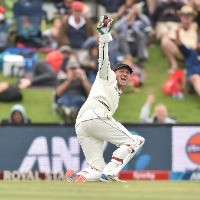 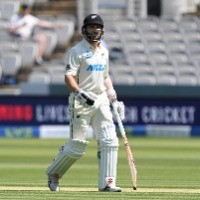 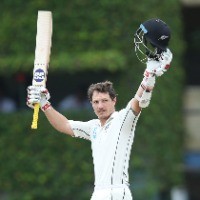 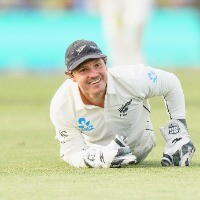