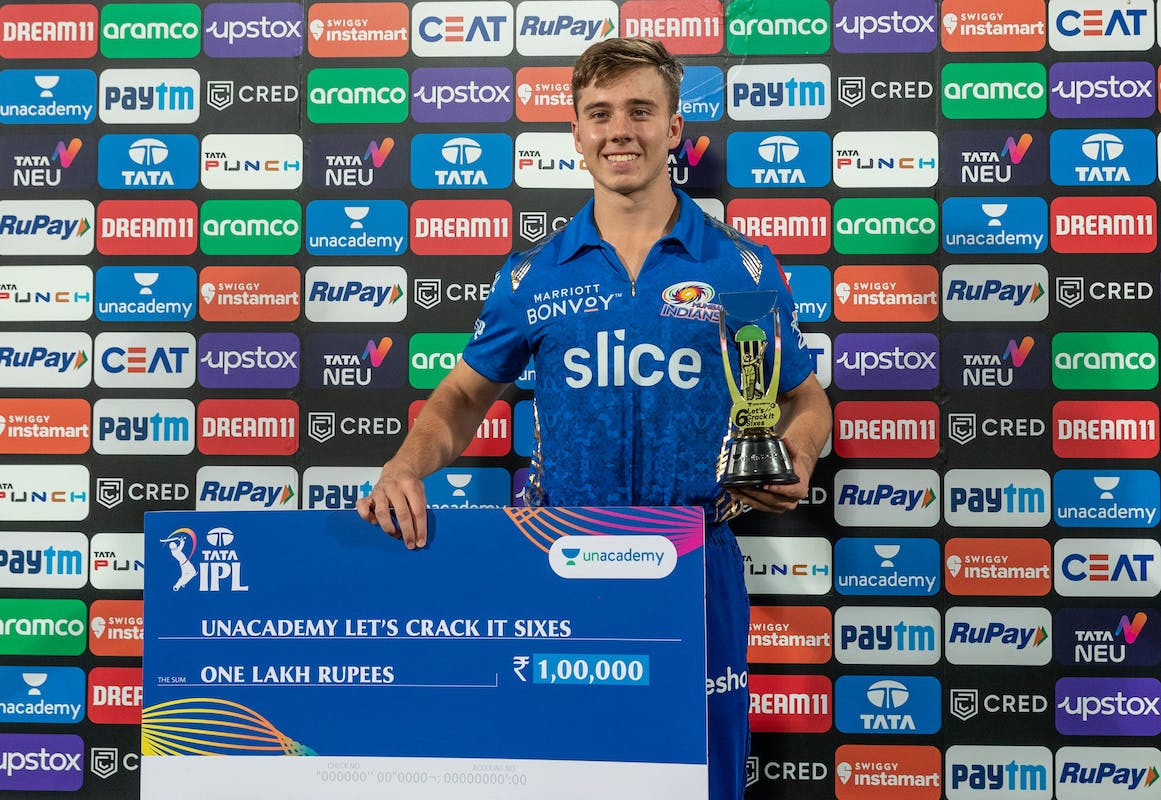 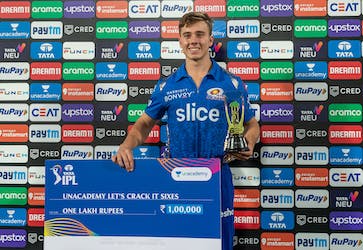 Even though Mumbai ended up on the losing side, Brevis' performance was top-notch and gave a sneak peek at what an asset he can be in the future

Dewald Brevis stood tall to prove that his U19 World Cup performance was no fluke as he played a fine knock against Punjab Kings in Pune and briefly gave all Mumbai fans the hopes of guiding the side to a victory. Even though Mumbai ended up on the losing side, his performance was top-notch and gave a sneak peek at what he can do in the future. In an exclusive interview with Cricket.com, Graeme Smith stated that Brevis has all the elements to become a superstar of South African cricket.

“I look at Dewald with caution. He is a young 18-year old boy and plays the way he does, it is incredible. What stands out for me, is that despite being a young boy from South Africa, he plays the spin really well. He waited in the crease to play for the spin, not afraid to take them on, and hits the ball the long way. It is unique for a South African batter, he can play on forward. He seems like a looming superstar for South African cricket. He is compared to AB de Villiers but I want him to make his own name. What a talent he is!,” Smith said in the post-match review discussion for Cricket.com.

While the former South African skipper had reserved praise for the youngster, he has found some of Mumbai’s decisions baffling and couldn’t wrap his head around the selection blunders game after another in the ongoing season.

“Some of the decisions were wrong from the beginning and some of the selections from the game were not right at all. Mumbai lacked penetration with the ball, they didn’t have their extra cushion to support Bumrah as well. Apart from Bumrah tonight, everyone else went for runs. It exposed a big problem for them at the moment. As we discussed before the game even something like 170 in Pune has been defendable, but Punjab got to almost 200 runs. Fair to say that the selections and some of the decisions cost them the game.

“When you are under pressure, you got to make good and calm decisions. You got to be clinical and focus on how to take the team over the line. But the problem with Mumbai is their experienced players haven’t been able to get over the line under pressure. Even though there are a couple of good knocks from youngsters, the key players like Ishan Kishan, Rohit Sharma, and Pollard need to do well,” Smith added.