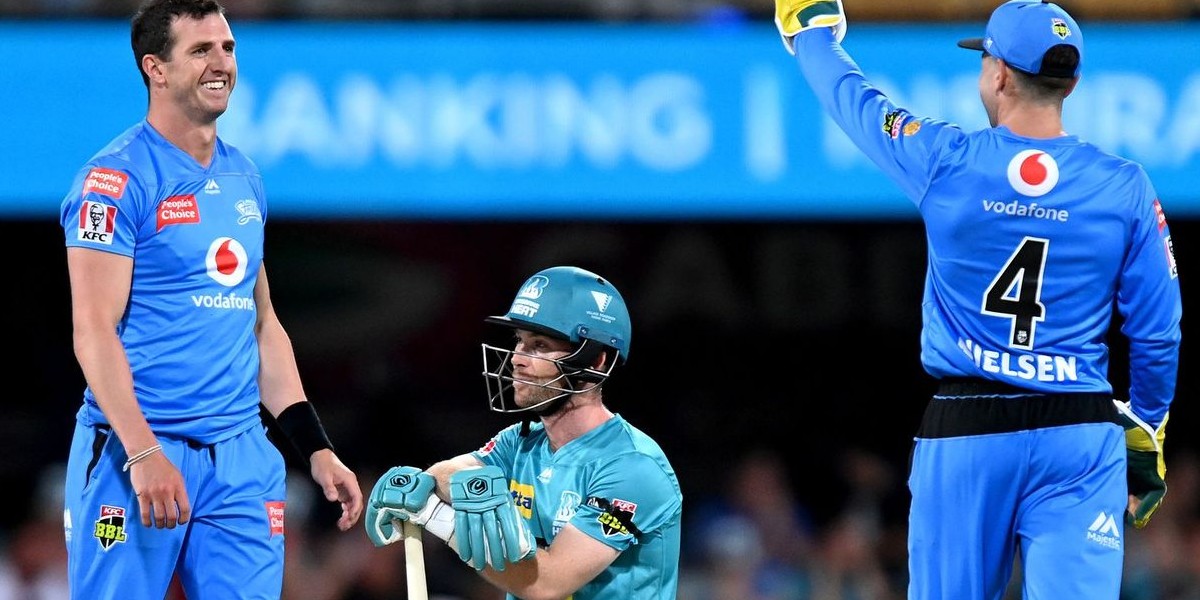 The stand-in skipper smoked 69* off 36 against Adelaide, but Brisbane fell two runs short of the target

Adelaide Strikers had Brisbane Heat on the mat before Jimmy Peirson came up with one of the best Big Bash League innings of all time and almost got his team across the line. The Heat were reduced to 68/8 in the 151-run chase before Peirson slammed 69* off 36 deliveries and kept them alive till the very end. The stand-in skipper clobbered seven fours and two sixes but it was still not enough as Brisbane fell short by two runs and suffered their third successive defeat of the season.

The Heat needed 80 off 42 deliveries and only had two wickets remaining, and that's when Mujeeb Ur Rahman ripped apart his countrymate Rashid Khan by slamming him for 20 runs in an over. Brisbane were without their regular captain Chris Lynn who hurt his left hamstring in the warm-up and Peirson was handed over the responsibility. The wicketkeeper-batsman responded in some style and almost single-handedly got the job done...almost! The Strikers too were without their skipper Alex Carey due to state-border restrictions.

Adelaide got off to the worst possible start as Xavier Bartlett pinned Jake Weatherald (1) right in front of the stumps in the very first over. The replays however suggested that the ball was going over the stumps. Bartlett and Jack Wildermuth extracted good movement with the new ball and didn't allow Philip Salt and Matt Renshaw to dictate terms in the first three overs. Adelaide hardly scored anything in the first three overs but that's when Salt decided to cut loose. The right-hander managed two boundaries off Mark Steketee and got some momentum into the innings.

Salt and Renshaw slowly started to pick up the pace and managed to hit a couple of boundaries. The two batsmen were slightly conservative against Mujeeb who bowled with good control and tried to keep the pressure on Adelaide. The two batsmen however tried to go after Ben Laughlin who had suffered a severe beating at the hands of Daniel Sams in the last encounter. There were lots of ones and twos but Salt and Renshaw struggled to score boundaries at regular intervals.

The pressure was starting to build on Adelaide, and before Salt and Renshaw could do any damage in the second half of the innings, Steketee returned for his second over and dismissed both of them in consecutive deliveries. The right-arm paceman first had Renshaw (28-ball 32) caught at deep fine leg before outfoxing Salt (28-ball 25) with a slower bouncer. The onus was on Jonathan Wells and Matthew Short to form a partnership but Bartlett was having none of it. The paceman returned for his second spell and knocked over Short for 12 to add to Adelaide's woes.

Wells and Harry Nielsen did well to keep the scoreboard moving but couldn't get those boundaries. They finally took the two-over Power Surge at the start of the 17th over and that's when the two batters managed to up the ante. Wells slammed Laughlin for three fours before Nielsen tonked Steketee (2/31) for a maximum as Adelaide accumulated 25 runs from those two overs. 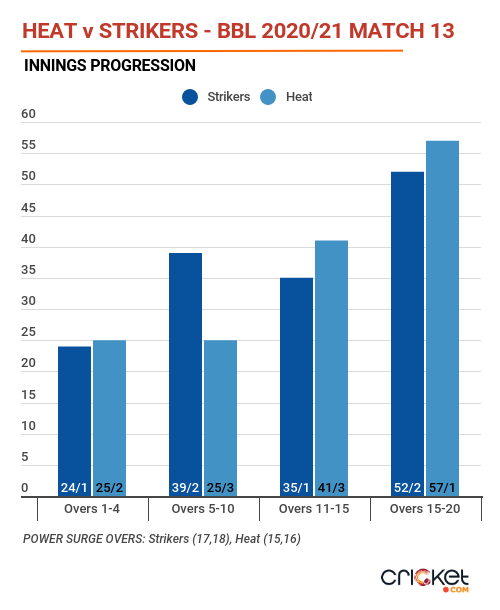 Wildermuth was once again brilliant with his right-arm medium pace and finished with figures of 1/25. Nielsen departed for a 20-ball 28 in the penultimate over, while Wells (26-ball 31) became Bartlett's third victim. The right-arm seamer took 3/24 and played a huge role in helping Brisbane restrict Adelaide to 150/6.

PEIRSON ALMOST PULLS OFF A HEIST

With Lynn not playing, there was extra pressure on Max Bryant and Sam Heazlett but before the duo could do any damage, Daniel Worrall dismissed the latter for a duck. The in-form seamer was superb with the new ball and got good support from Danny Briggs. The left-arm spinner from England dismissed Lynn's replacement Simon Milenko (1) in the second over and left Brisbane reeling at 1/2. Bryant and Daniel Lawrence however didn't shy away from playing their natural game and struck a couple of solid shots through the off-side.

Just when the partnership was starting to look threatening, Rashid was introduced into the attack and the ace legspinner had Bryant (12) caught behind on his very first delivery. The required run-rate kept getting higher and higher and Lawrence (16-ball 13) tried to break the shackles by going after Rashid, only to end up getting caught at short third man. Before the dust had settled, Wes Agar got rid of in-form Wildermuth (1) and kind of sealed the game for Adelaide. The umpiring too was horrible as Tom Cooper (22) was adjudged lbw despite getting a massive bottom edge.

The Heat kept losing wickets, with Briggs finishing with figures of 3/20. Rashid was having an outstanding day till Mujeeb walked out and whacked him for 20 runs in his final over. Peirson too refused to throw in the towel and smoked his opposite number Peter Siddle for two maximums and two fours to bring the equation down to 37 off 24. In the process, Peirson also completed his fifty. Adelaide smashed 43 runs in the Power Surge and turned the game in their favour. With 23 needed off 18, Mujeeb (10-ball 18) tried to heave Siddle but ended up getting knocked over.

The onus was now on Peirson to get his team over the line but Laughlin got a crucial boundary in the penultimate over via an outside edge, leaving 13 for the final over. Peirson started the final over with a boundary but Worrall came back well and bowled four fantastic yorkers. Peirson refused to take singles and left seven for the final delivery. Worrall held his nerve and delivered a yet another pinpoint yorker, which Peirson could only hit it for a boundary. 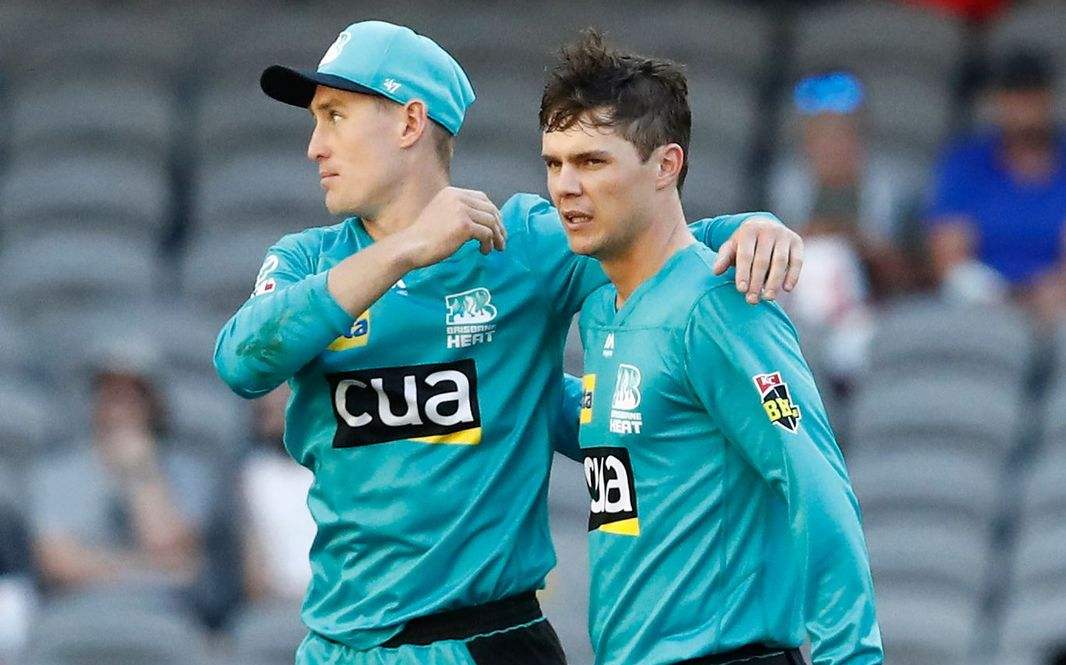 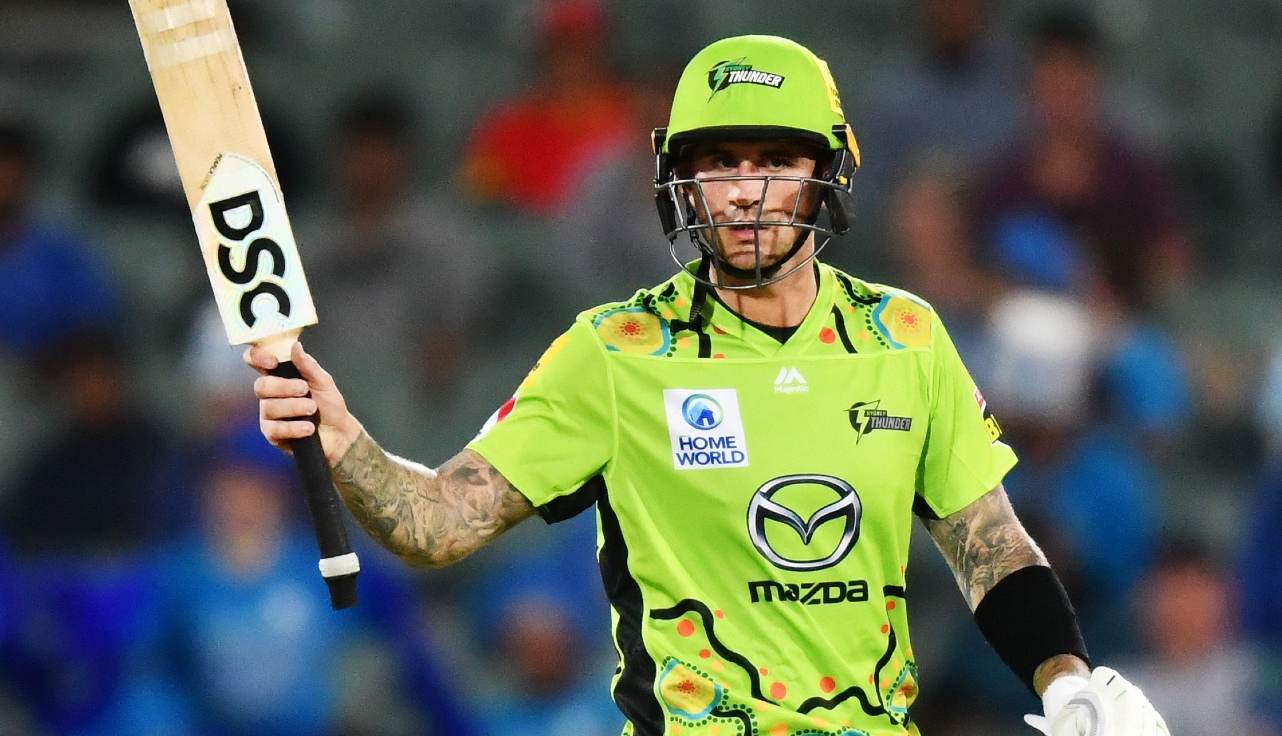 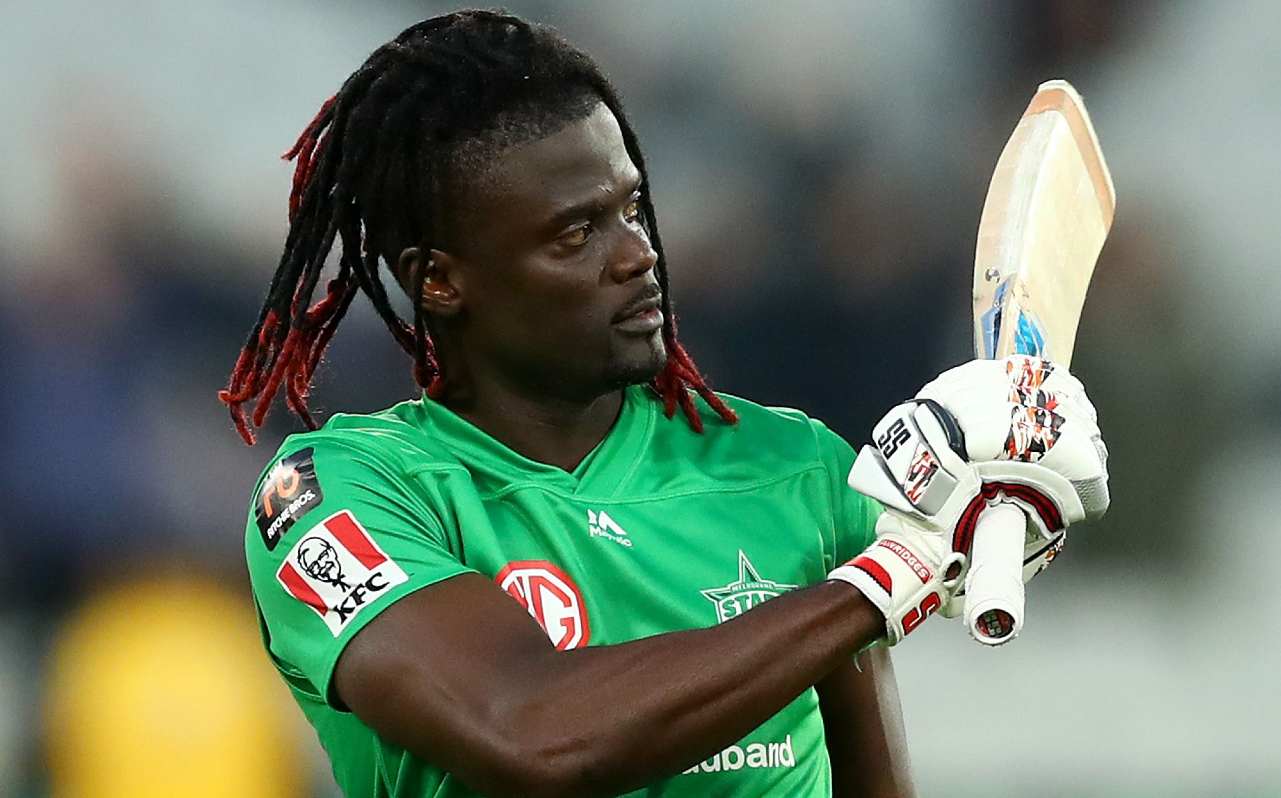 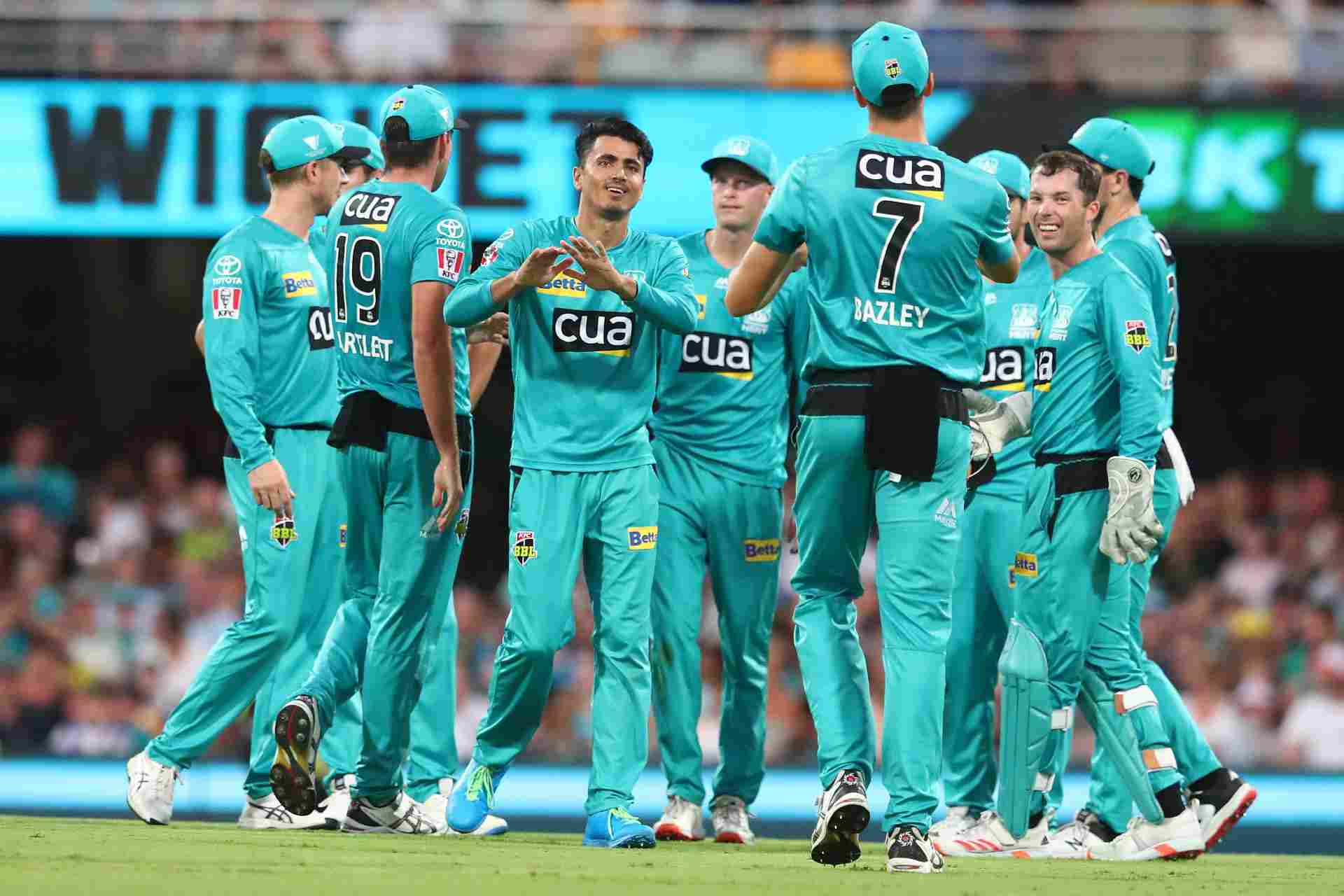 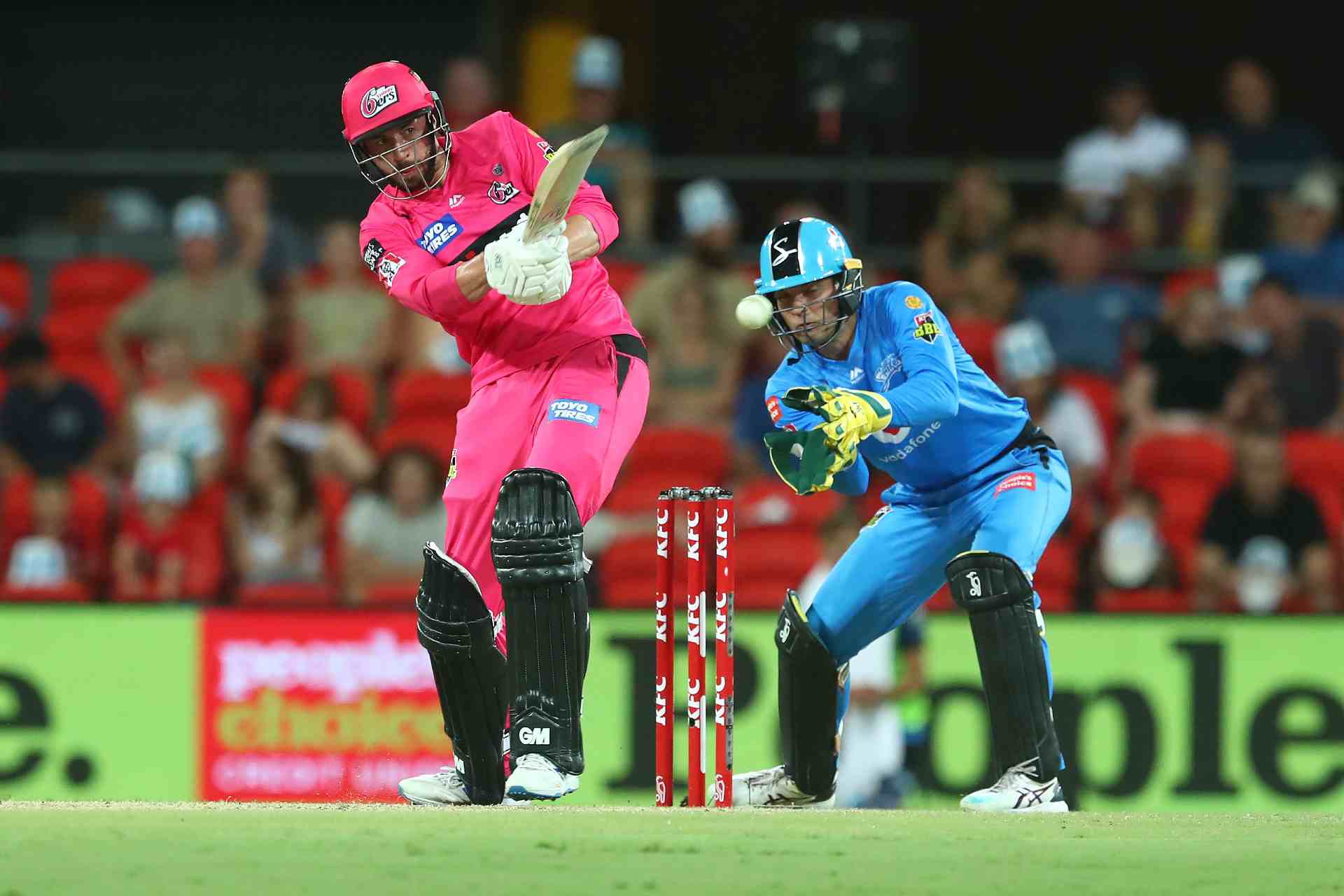 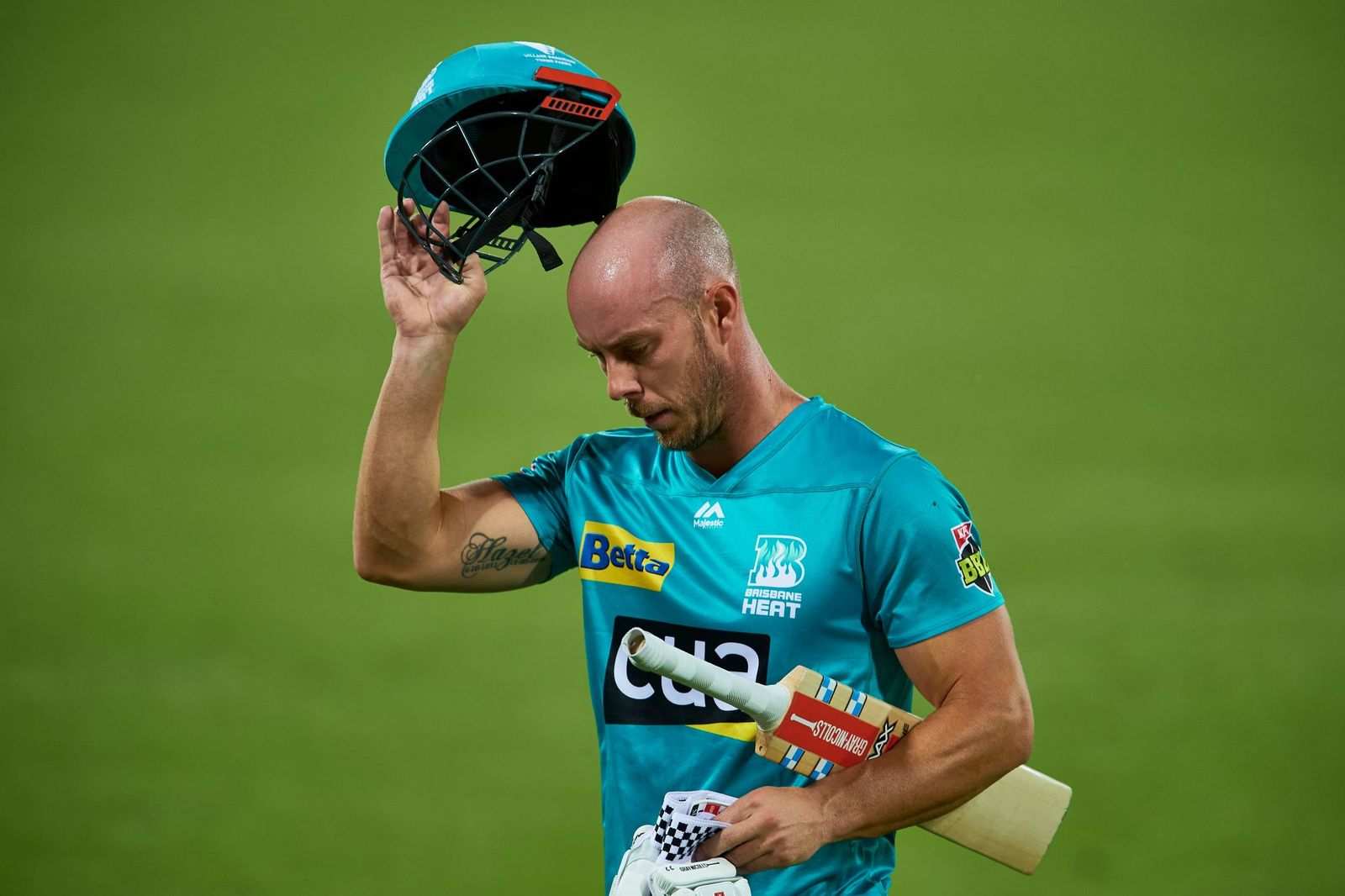