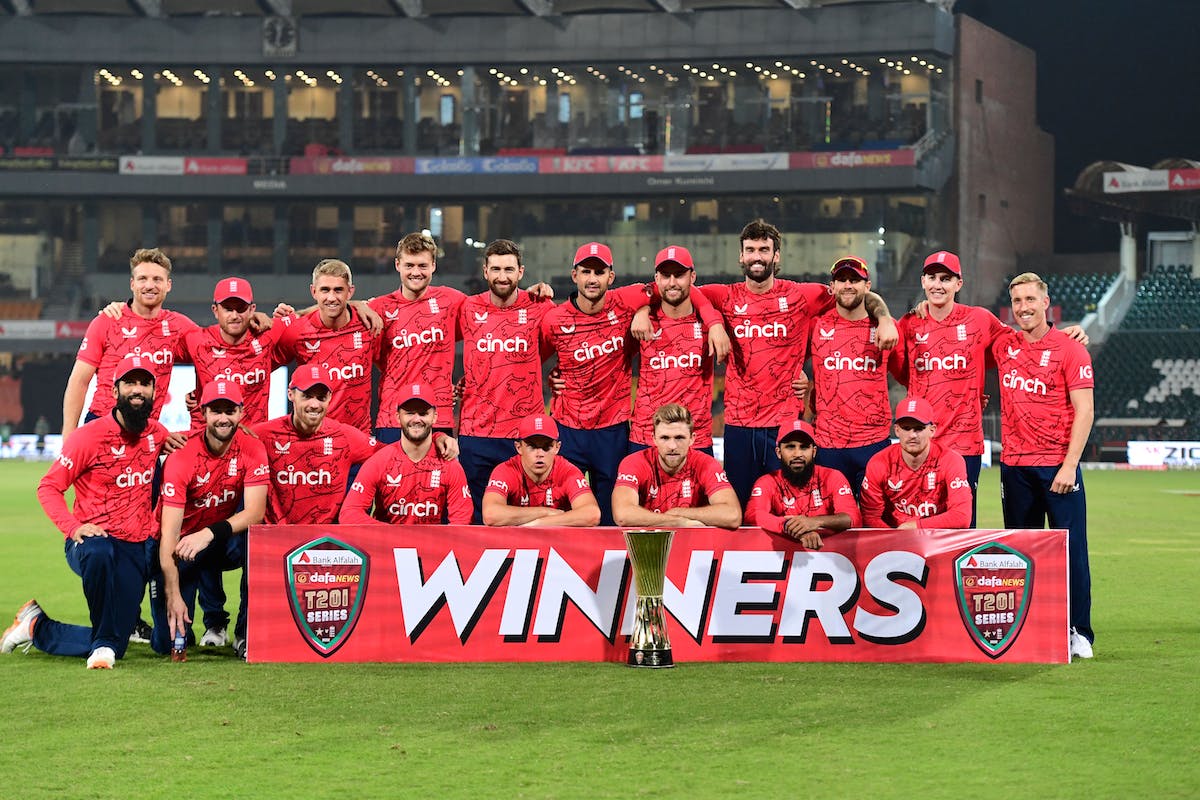 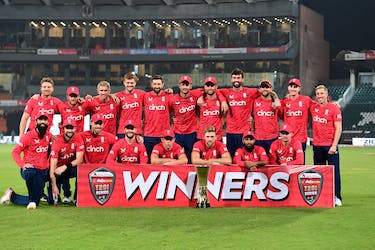 A prolonged bilateral series between Pakistan and England concluded on Sunday (October 1). On the back of consecutive wins, England won the series 4-3 and remained unbeaten against Pakistan in a multi-match bilateral series.

From England’s perspective, most of the boxes were ticked. The absence of Jonny Bairstow and Jos Buttler was filled by Phil Salt and the return of Alex Hales. Harry Brook and Ben Duckett were the biggest positives from the series.

On the other hand, apart from their middle-order woes, Pakistan have unearthed new issues prior to the T20 World Cup. Iftikhar Ahmed’s exploits with the ball turned out to be a bigger bonus than his batting.

In this series review, we look at what worked and what didn’t for both teams:

Brook and Duckett display a masterclass against spin

Deemed as the next big thing in England cricket, Brook had a mediocre record in his four innings prior to this series. However, the experience of playing in the Pakistan Super League helped him a lot. Alongside Brook, Duckett’s inclusion in the squad proved worthy, especially against spin. 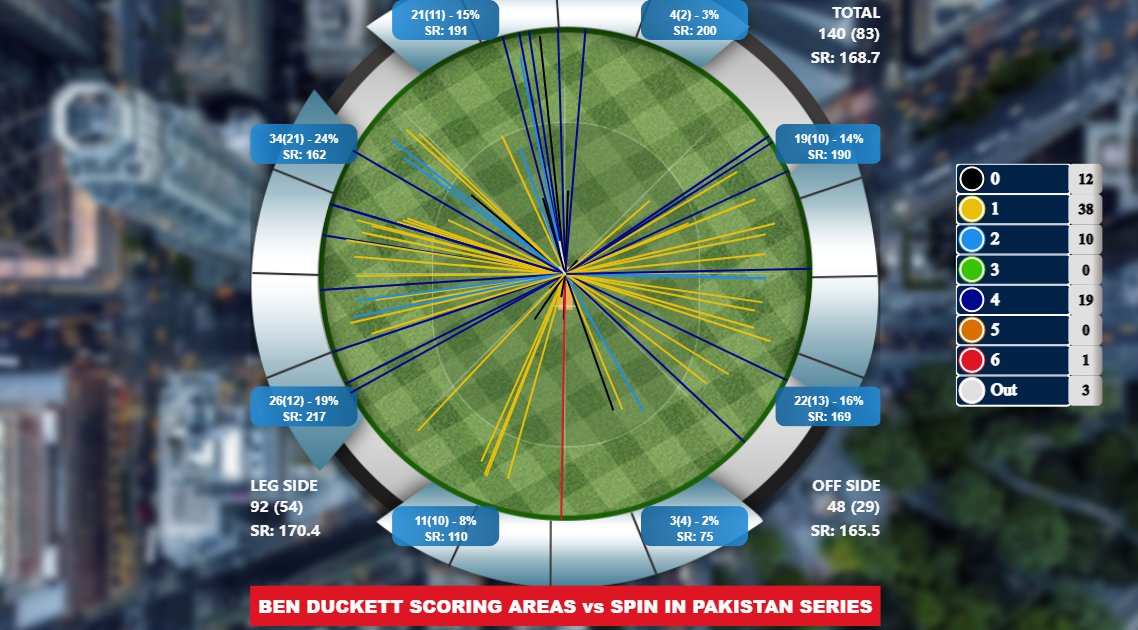 Both batters had different styles of play. Duckett, played a sweep/switch hit every 2.3 balls. He scored 72 runs at a strike rate of 194.6 while playing these strokes. No batter in this series scored as many runs through this shot as Duckett. On the other hand, Brook was more conventional. He charged the spinners every 2.9 balls and scored 52.4 percent of his runs against spinners by stepping down. 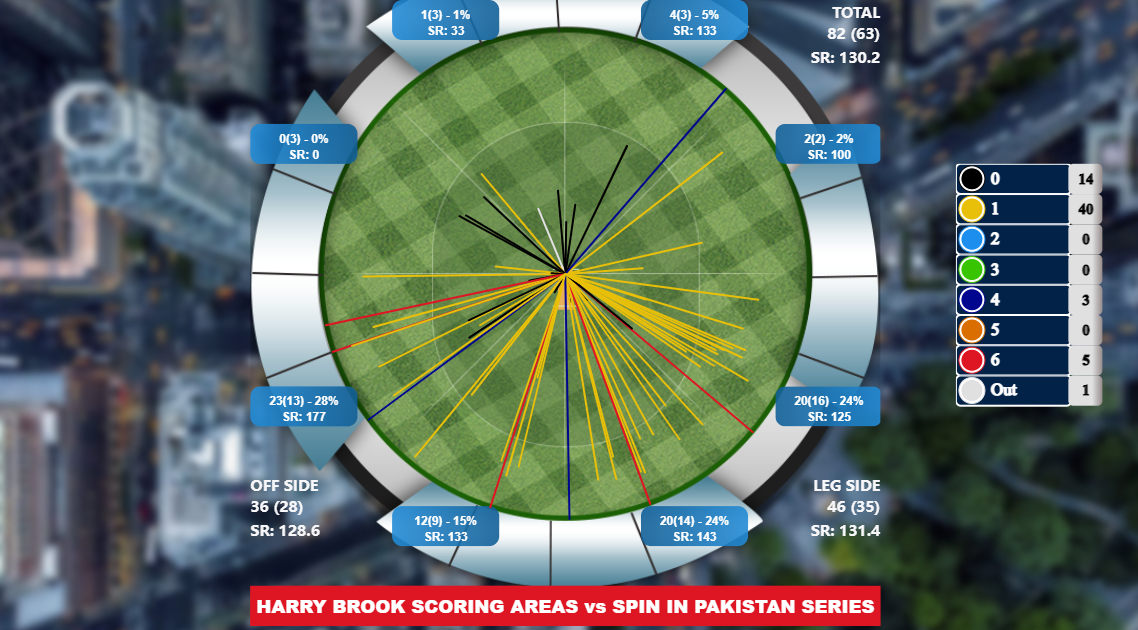 While most of Brook’s runs against spinners were in front of the wicket, Duckett’s were behind the wicket. Against pace, Brook had a better strike rate (187.95) as compared to Duckett (150). As a pair, they scored 188 runs at an average of 94 and a run rate of 10.5.

Back of length/Short ball troubles for Pakistan batters

In an all-important series before a major tournament, Pakistan batters have a new issue to fix. Out of the 33 wickets, they lost to the pacers, 14 fell to the back of a length or short-pitched deliveries.

Middle order (4-6) continued to be a big issue for Pakistan in this series. Among the lot, Iftikhar’s game against spin was the only positive for the hosts in this series.

His bowling turned out to be quite a handful as well. Among bowlers who bowled five or more overs in this series, his economy of 6.1 was second only to Mark Wood (5.5). With three left-handers in England’s middle order, he was an efficient bowling resource for his skipper, Babar Azam. Iftikhar had an economy of 5.8 against left-handers as compared to 6.9 against right-handers.

Fair to say, Iftikhar has emerged as a valuable T20 resource for Pakistan right before the World Cup.

Being a leg-spinner, Adil Rashid should carry an advantage against the right-handers, especially in conditions that support him.

Even in the home series against South Africa earlier, Rashid leaked runs at an economy of 9.6 against the right-handers.

In this series, England in the last five overs have scored at a run rate of 11.5 as compared to 9.2 by Pakistan. Adding further, England batters have hit a boundary every 3.6 balls as compared to Pakistan’s 6.5. That isn’t it, England lost a wicket every 24.6 balls in this phase, while Pakistan went 11.2 balls per wicket. Clearly, England have aced the phase and Pakistan’s middle order issue is embossed.