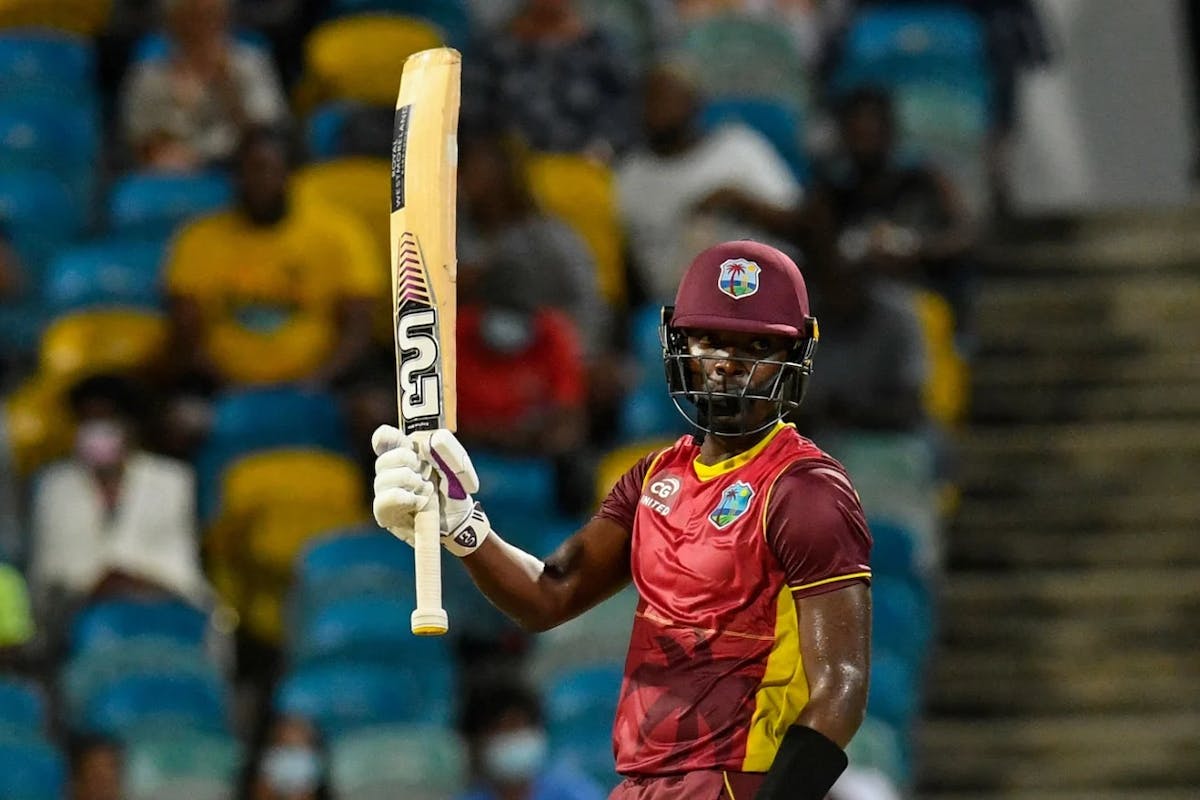 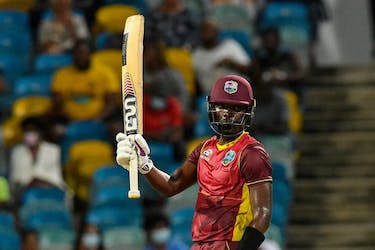 Shamarh Brooks played the sheet anchor role to perfection in guiding the West Indies to a five-wicket victory over top-ranked New Zealand in a low-scoring opening day-night One-Day International of a three-match series at Kensington Oval in Barbados on Wednesday.

After the home side's bowling combination pace and spin dismissed the visitors for 190 off 45.2 overs batting first, Brooks' 91-ball 79 with nine fours and one six provided the much-needed solidity to take his team to 193 for five off 39 overs in reply.

His 72-run fourth-wicket partnership with captain Nicholas Pooran (28) steadied the chase and ensured there would be no repeat of the collapses which have become an all-too-common feature of their game in recent years.

"It was important just to get a start because this was not the easiest pitch to bat on. It was especially gratifying to be in a good partnership with the captain and to see the way he really buckled down, which is not his nature," said Brooks after receiving the "Man of the Match" award.

Not only did the result mark New Zealand's first ODI loss of the year but it also ended the Caribbean team's abysmal run of nine consecutive losses in the 50 overs-per-side format.

More importantly, it earned them 10 vital points in the bid to qualify for next year’s World Cup in India. Left-arm spinner Akeal Hosein and fast bowler Alzarri Joseph claimed three wickets each as the Black Caps, winners of the preceding T20 International series in Jamaica 2-1, laboured in the conditions earlier in the day with captain Kane Williamson top-scoring with 34.

"We need to roll up our sleeves and learn to adapt to different conditions, because it definitely wasn't easy batting out there," was the New Zealand captain's assessment of his team's innings.

"It's all part of the learning process and we just have to move on from here."

Put in on a bright afternoon, New Zealand looked to be establishing the platform for a formidable total via an opening stand of 41 between Finn Allen (25) and Martin Guptill (24). Hosein changed the complexion of the innings with the first three wickets but it was Joseph's double-strike in the 30th over which proved the most incisive as he first trapped Daryl Mitchell leg-before and then induced an outside edge from Williamson's bat to wicketkeeper Shai Hope.

A 40-run seventh-wicket stand between Michael Bracewell (31) and Mitchell Santner (25) gave New Zealand hope of pushing past 200 but Jason Holder claimed two wickets in two balls and Joseph wrapped up the innings in the 46th over when Trent Boult played on.