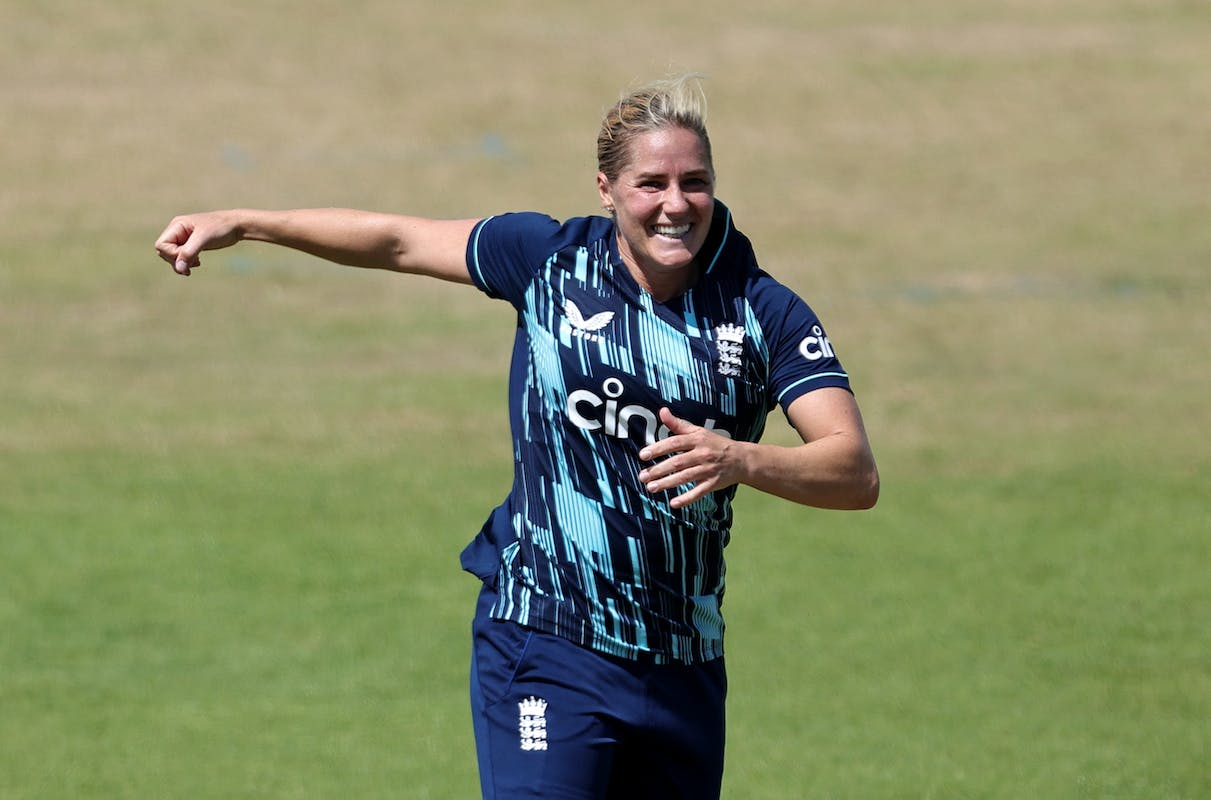 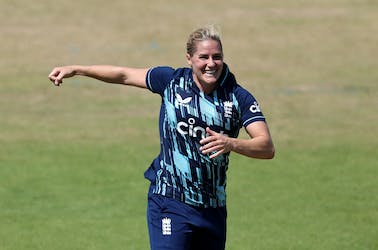 South Africa's total of 148/6 was always going to be difficult to chase down, but England's new-look top-order got it tracked down

Seamer Katherine Brunt added another record to her already impressive resume as England registered a six-wicket triumph over South Africa in Worcester.

Katherine Brunt has done pretty much everything during her glittering career, so it is no surprise the veteran quick is now the holder of the most T20I wickets for her country. Brunt picked up the milestone when she deceived South Africa star Laura Wolvaadt with an excellent slower delivery that took out the top of leg stump.

It's another feather in the cap for Brunt, who bowled well against South Africa to finish with tidy figures of 1/24 from her four overs.

It was a valiant effort from the visitors with the bat, with opener Anneke Bosch top-scoring with a classy 61 at the top of the order. Fellow opener Lara Goodall chipped in with 42 and star batter Laura Wolvaardt made a quickfire 21 as the Proteas put together a score they thought would be enough.

But with experienced all-rounder Marizanne Kapp missing due to family reasons, the Proteas' bowling attack was light on for class and the England batters made them pay.

South Africa's total of 148/6 was always going to be difficult to chase down, but England's new-look top-order had few issues as they reached the victory target with an over to spare.

Young gun Sophia Dunkley (23) and experienced right-hander Danni Wyatt (39) got the hosts off to a quick start, with the likes of Nat Sciver (47) and Amy Jones (20*) successfully guiding the run chase home.

The six-wicket triumph means England clinch the three-match series, ahead of the final game between the two rivals in Derby on Monday.