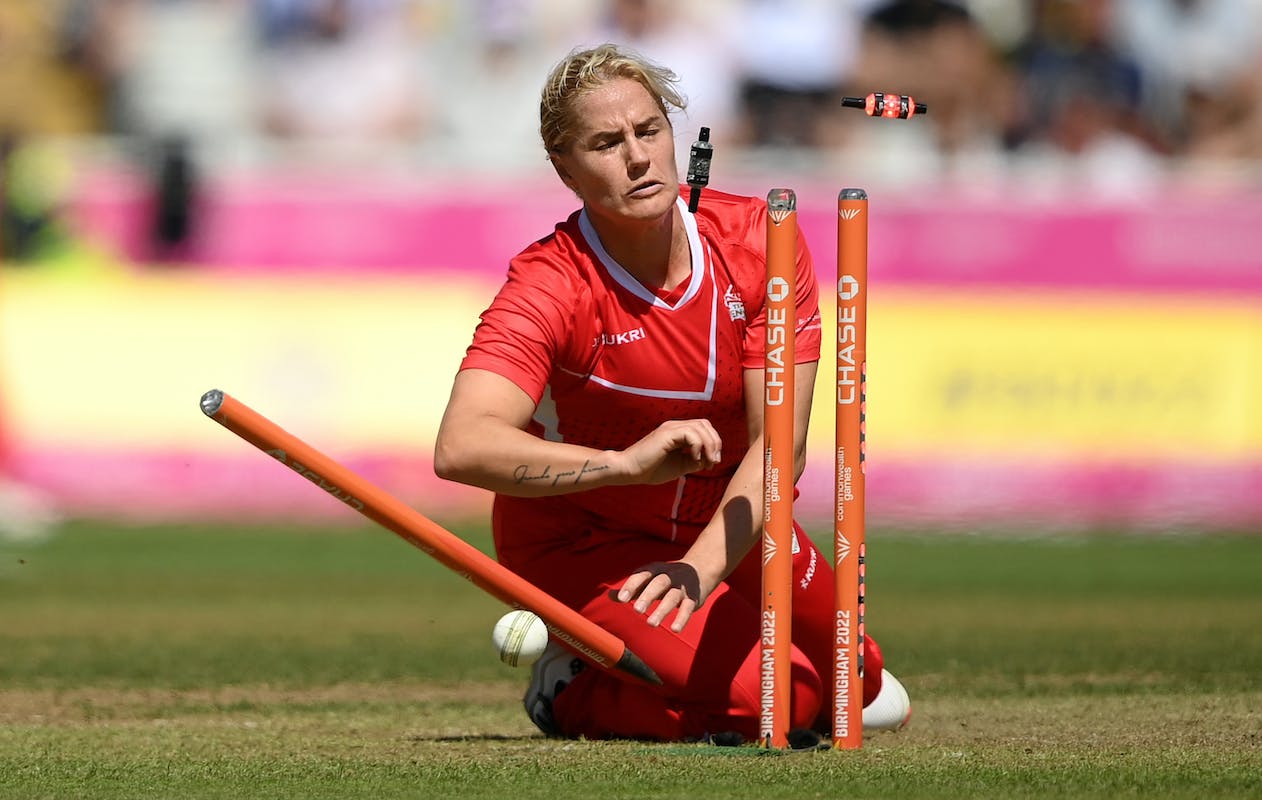 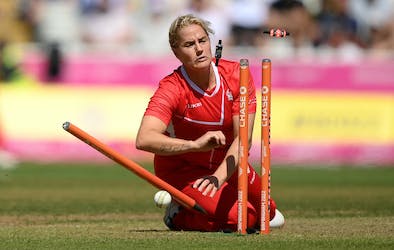 The incident occurred in the 17th over of India’s innings, when Brunt used inappropriate language after a catch was dropped off Deepti Sharma

England fast bowler Katherine Brunt has been handed an official reprimand for breaching Level 1 of the ICC Code of Conduct during the Commonwealth Games Women’s T20I semi-final against India in Birmingham on Saturday.

Brunt was found to have breached Article 2.3 of the ICC Code of Conduct for Players and Player Support Personnel, which relates to use of an audible obscenity during an International Match.”

In addition to this, one demerit point has been added to Brunt’s disciplinary record, for whom it was the second offence in a 24-month period, taking her cumulative demerit points to two.

The incident occurred in the 17th over of India’s innings, when Brunt used inappropriate language after a catch was dropped off India batter Deepti Sharma. Brunt admitted the offence and accepted the sanction proposed by Shandre Fritz of the Emirates ICC International Panel of Match Referees, so there was no need for a formal hearing.

On-field umpires Eloise Sheridan and Kim Cotton, third umpire Claire Polosak and fourth umpire Shivani Mishra levelled the charge. Level 1 breaches carry a minimum penalty of an official reprimand, a maximum penalty of 50 per cent of a player’s match fee, and one or two demerit points.