Bumrah wanted to back his yorkers, use bouncers as he normally does: Bond 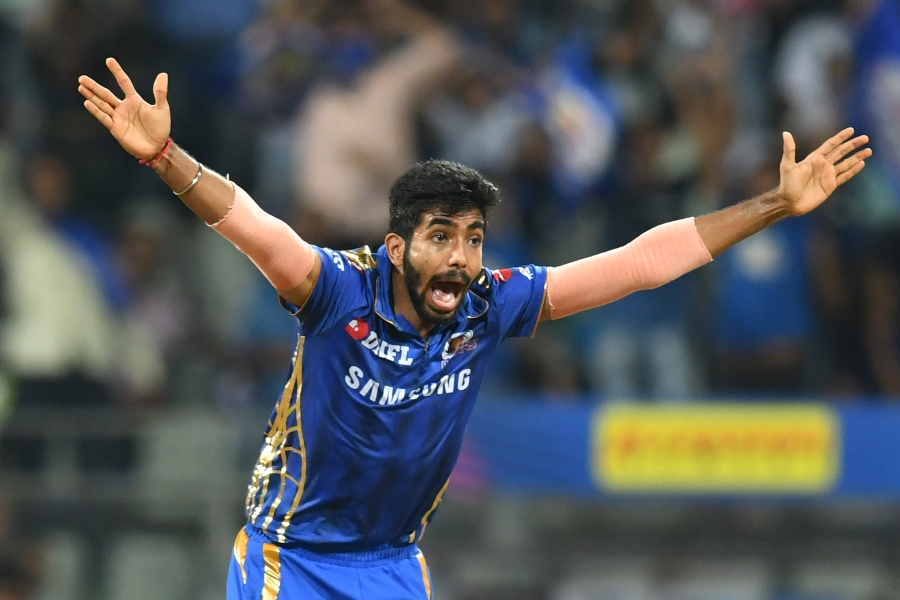 Bumrah wanted to back his yorkers, use bouncers as he normally does: Bond

The MI fast bowler, who was having a rather ordinary tournament, was back to his destructive best, claiming a four-wicket haul

Mumbai Indians bowling coach Shane Bond has revealed that star pacer Jasprit Bumrah took the new ball and backed his yorkers with a renewed vigour against Rajasthan Royals as he was a bit disappointed with his IPL performances so far. Bumrah, who was having a rather ordinary tournament, was back to his destructive best, claiming a four-wicket haul as his side inflicted a 57-run defeat on Rajasthan on Tuesday.

It was the first time the 26-year-old was handed the new ball in the tournament and Bumrah didn't disappoint, returning with the impressive figures of 4/20, including the prized scalp of Steven Smith. "Jasprit genuinely wanted to take the new ball so there was a discussion that went on one day before the game against Royals, we obviously have used him in a defensive manner at the back-end of the powerplay," said Bond during the post-match press conference.

"It was a fresh wicket and there was grass on it, he has the ability to nip the ball around, we knew Rajasthan's key players were in the top-order so we wanted to give him an opportunity to get out there, take the new ball and take some wickets for us," he added.

Bond said the Indian pace spearhead was unhappy with his performances in the tournament and wanted to make the kind of impact that is expected from a bowler of his calibre. "Jasprit really wanted to back his yorkers against Royals, he wanted to go back to his strengths and use his bouncer as he normally does," the New Zealander said.

"That's his strength, if he is not happy with his performances, he tends to bounce back to a new level. I know, traditionally through IPL, Bumrah tends to get better and better," he added.

The former fast bowler said the defending champions, who are currently perched on top of the points table, remain smoothly on course for the play offs. "We have started to really hit our straps. We are extremely confident that we will be competitive and if we keep playing as we are, I am sure we will be in the playoffs."

Asked about the strategy employed to tackle the Rajasthan top-order comprising Jos Buttler, Smith and Sanju Samson, the MI bowling coach replied said the team had its plans in place. "We do a lot of work behind the scenes so that we are ready for every opposition. Against the Royals, we knew how dangerous Jos Buttler can be. He got runs against us again, in the power-play we were exceptional.

"Against Smith we tried to block that scoring zone in the leg-side and we forced him to play on the offside. "Against Sanju, we wanted to use the short ball, we wanted him to play square off the wicket. Trent Boult did a fantastic job, we knew their top four were really dangerous," Bond said.

With the bat, Suryakumar Yadav smashed an unbeaten 79 off 47 balls to fire Mumbai Indians to an imposing 193 for four. "Suryakumar Yadav has been frustrated that he has been hitting the ball so well and he has been doing that since the start of the camp," Bond revealed.

"He just was not kicking on, we saw his talent against the Rajasthan Royals, he is a sensational player, he scores all around the ground, and a key member of this group," he said.