Bumrah’s injury an opportunity for other individuals to step up: Dravid 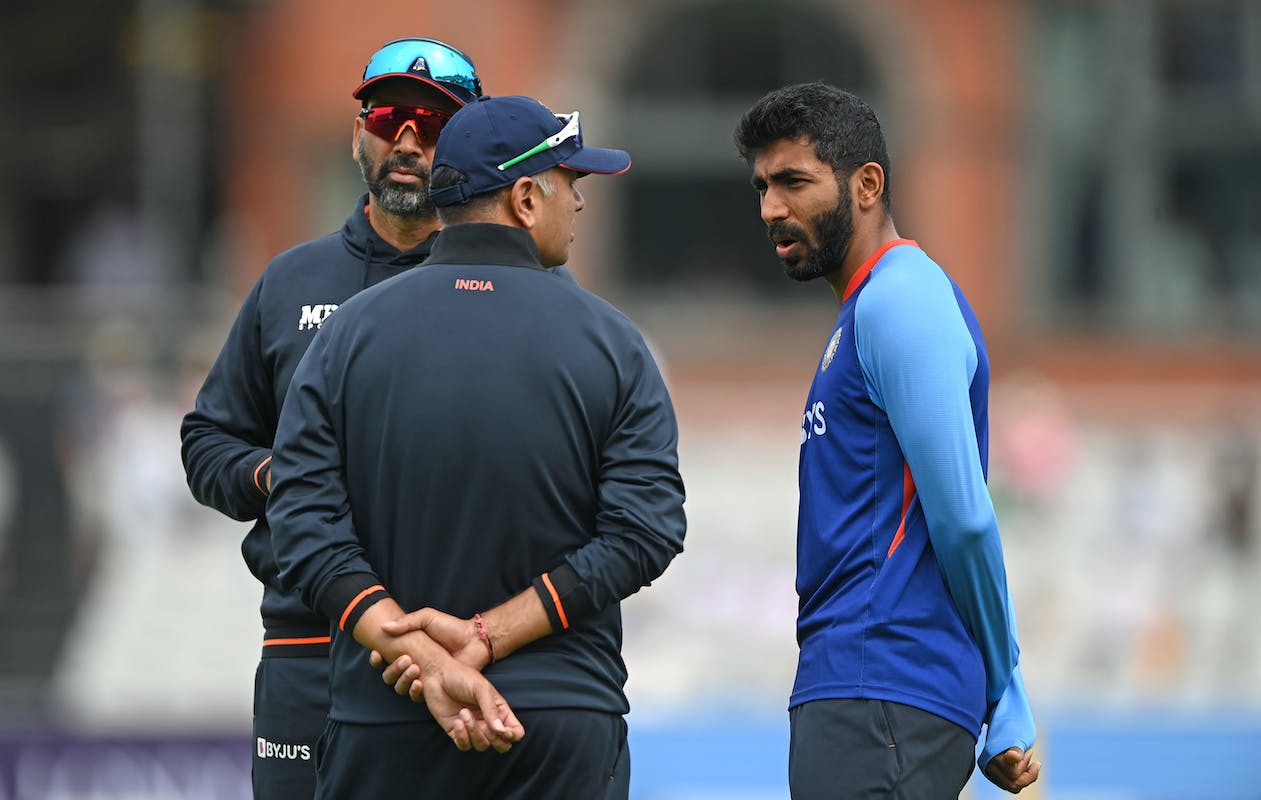 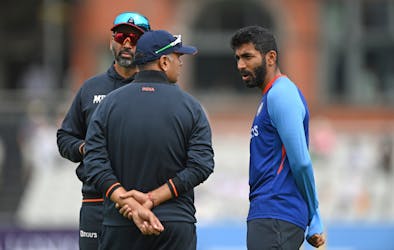 Bumrah’s injury an opportunity for other individuals to step up: Dravid

India have been dealt a body blow days ahead of the T20 World Cup, with Jasprit Bumrah ruled out due to sustaining an untimely back injury, but head coach Rahul Dravid believes that the speedster’s absence is a golden opportunity for other individuals in the setup to step up and prove their worth.

Bumrah, who has taken 70 wickets in 59 T20I innings at an astounding economy of 6.62, is widely regarded as the best T20 speedster in the world and come the T20 World Cup, the Men in Blue will have to make do without the all-phase genius of the 28-year-old, who also missed last month’s Asia Cup due to back troubles.

In the wake of the 2-1 series win against South Africa, Dravid admitted that Bumrah’s absence is a ‘big loss’ but asserted that he sees the injury as a potential chance of a lifetime for other players. The BCCI are expected to announce Bumrah’s replacement soon, with Deepak Chahar and Mohammed Shami seen as front-runners to slot into the fifteen.

“Bumrah's absence is a big loss, he's been a great player but it happens, it's an opportunity for someone else to stand up. We'll miss him, his personality around the group,” Dravid told the host broadcaster on Tuesday.

The Bumrah injury has overshadowed on-field happenings to an extent, but Dravid expressed that he was pleased with the way the stretch of six T20Is (against Australia and South Africa) went. The head coach reckoned that, across the six matches, India had luck on their side, something he felt they did not in the Asia Cup last month.

“Good to get the right results in both series. In this format, you need luck, things to go your way, especially in close games. We didn't have that in the Asia Cup, but had some luck during the Australia series. We were able to rotate the squad a bit, pleased with how it's gone overall,” Dravid said.

Tuesday’s encounter was India’s last prior to the T20WC (warm-up excluded) but having already sealed the series, the Men in Blue chose to experiment.

Apart from providing the bowlers in the fringes — Siraj and Umesh — an opportunity, the hosts also ensured that the middle-order, that’s been starved of batting, got time in the middle, promoting both Rishabh Pant (opening) and Dinesh Karthik (No.4). It ended up working out pretty well as both the wicket-keepers shone on the night (Pant 27 off 14 balls, Karthik 46 off 21 balls).

Dravid said that he was pleased to see the middle-order batters get some runs under their belt, and also showered praise on the lower-order for showing fight with the bat. Between them, Harshal, Umesh and Deepak Chahar 68 runs off just 46 balls.

“I think today was an opportunity to give these guys some batting. It is tough on guys like Dinesh and Rishabh who don’t get too many hits in the middle. I felt they were batting really well at one moment, had they played longer we might have got closer.

“I feel batting at 6, it’s always tough when you have to bat just 5-10 balls, so it’s always nice to get a few balls under their belt like they did today. I feel the way Harshal and the rest of the lower order batted was also really good,” Dravid said.

The next stop for India, then, is Australia, where they will be aiming to lift the T20 World Cup for the first time in 15 years. Dravid gave fans the assurance that the team will ‘do its best’ Down Under, but claimed that they will need a bit of luck to go their way if they are to bring the trophy back home.

“We are going to do our best, we’ve really worked hard and we can just hope for the best. In tournaments like those, you need to play really well but we need a bit of luck as well. We hope to bring smiles to people’s faces.”