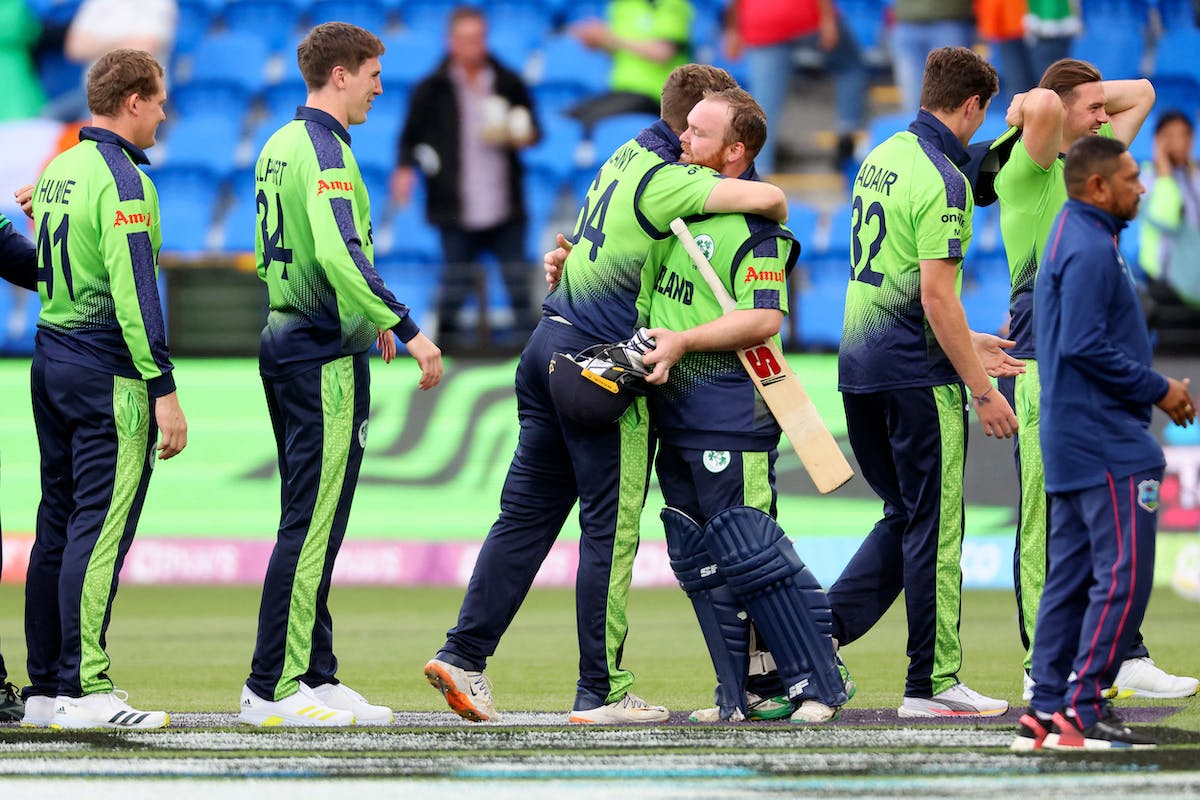 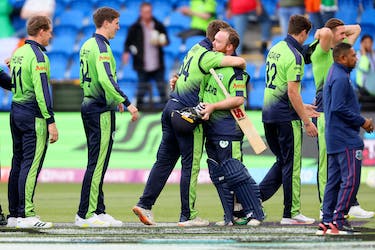 Get thrashed in the first game of the competition? Check

Be on the verge of elimination in the second? Check

So, are Ireland to this T20 World Cup what Sri Lanka were to the Asia Cup?

That we’ll have to wait and watch.

But having made it past the first round of the competition for the first time in 13 years, the Irishmen will be brimming with confidence heading into their Super 12 clash against Sri Lanka on Sunday, having full faith in pulling off an upset and making it three in a row in this competition.

There’s plenty of reason for Ireland to be optimistic.

For one, after a shaky start to the tournament, they’re flying. Indeed, they could so easily have been knocked out against Scotland, but as a unit, they’ve essentially not put a single foot wrong since the halfway mark of the chase of that particular encounter. They pretty much dominated the Windies from start to finish, and crucially, the clash also witnessed some of their key batters rediscover their best form. Talk about perfect timing.

The second encouraging sign from an Irish perspective is Sri Lanka’s form. Sure, the Lankans have made it through to the Super 12 as table-toppers and they’re a side who, on their day, can steamroll anyone. But the truth is that, as things stand, Dasun Shanaka’s side are an injury-hit unit who are displaying nowhere close to the form and ruthlessness they did last month. After being humbled by Namibia, Netherlands were extremely close to doing one over them.

The Lankans emerged as victors against the Dutch but you suspect that unless they raise their standards significantly, they’ll be found wanting against better sides. Sri Lanka are still putting the pieces together so the timing of the contest couldn’t have been better for Ireland, who seem like they’ve found the sweet spot.

Lastly, but most importantly, there’s the venue advantage.

Ireland have played each of their three matches in this T20 World Cup so far at the Bellerive Oval in Hobart, so come Sunday, there’s every reason for them to feel like they’re the hosts. Ireland’s players know the conditions in and out, already accustomed to the wicket, but that won’t be the case with their opponents, whose games have come at a vastly different venue in the form of Geelong.

Non-hosts rarely get a venue advantage in a competition like the World Cup, so the Irish need to pounce on this opportunity and make it count.

All things considered, Sri Lanka will still walk in favorites thanks to the individual quality they have at their disposal, but Ireland have everything they could have asked for.

The World Cup ain’t no House of the Dragon, but do not be surprised if the Greens stand tall tomorrow.

Spin will be Ireland’s biggest obstacle

Obvious as it may sound, the only way Ireland will emerge victorious in Hobart on Sunday is if they find a way to tackle the Sri Lankan spinners.

Sounds straightforward, yes. There’s a big problem, though: the Irish batters have been close to hopeless against spin in recent times.

Since the start of 2021 in T20Is, Ireland average 19.1 vs spin whilst losing a wicket every 15.8 balls. That is, by some distance, the worst among all teams who have qualified for the Super 12. 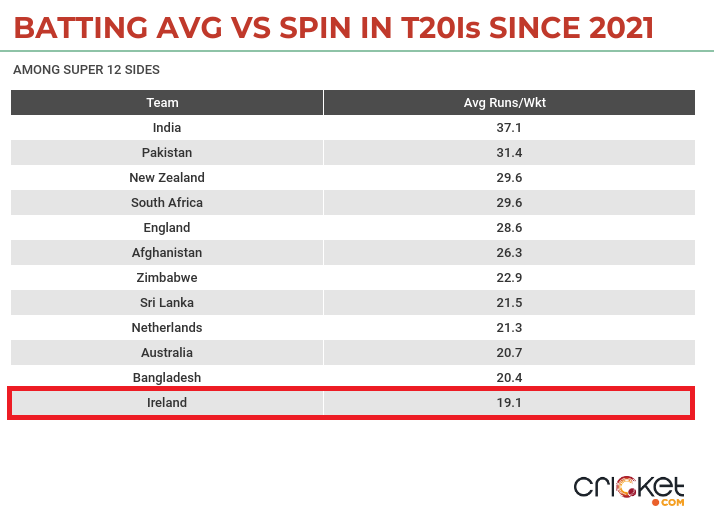 Indeed, the last time these two sides met each other — in the T20WC last year — the duo wrecked Ireland, registering combined figures of 4/25 off 8 overs. Stirling, Balbirnie, Delany and Campher, all part of the starting XI this World Cup, fell to the pair last time around.

To Ireland’s credit, their batters have thus far done exceedingly well against spin in this World Cup — avg 31.2 and SR 144.4 — but coming up against Hasaranga and Theekshana will be a whole different challenge altogether.

How they deal with it is what, in all likelihood, will decide their fate.

Sri Lanka will be hoping that Asalanka kicks-on

After a horrendous run that saw him get dropped mid Asia-cup — 0, 0, 8, 1 and 0 — Charith Asalanka, against the Netherlands, played his best knock in a Sri Lankan shirt since about June, striking a well-made 31. The southpaw wasn’t at his best by any means but he showed glimpses of his best version, playing a key role in a proactive 60-run stand with Kusal Mendis that hurt the Men in Orange, big time.

The Lankans would be hoping that the encouraging 31 sparks a good run of form, for Asalanka hitting top gear would be a huge boost to the side. Of late, Sri Lanka have relied on big runs from their openers and quick cameos from the middle-order batters; what makes Asalanka the perfect fit for this line-up (or any, for that matter) is that, at his best, he is someone capable of doing both roles effectively.

That he’s a leftie and someone that possesses exceptional hitting-ability versus spin makes him that much more valuable.

On pure potential, Sri Lanka, as they showed in the Asia Cup, are a darn good side even without Asalanka. Throw in his ability into the mix, boy you are looking at a group that could tear into any bowling line-up in the world.

Sri Lanka are still fretting over the fitness of Pathum Nissanka, who sustained a groin strain in the Netherlands clash. Should he not recover in time, Ashen Bandara could find a place in the XI. Expect Ireland to remain unchanged.