Buttler stars as England go 1-0 up 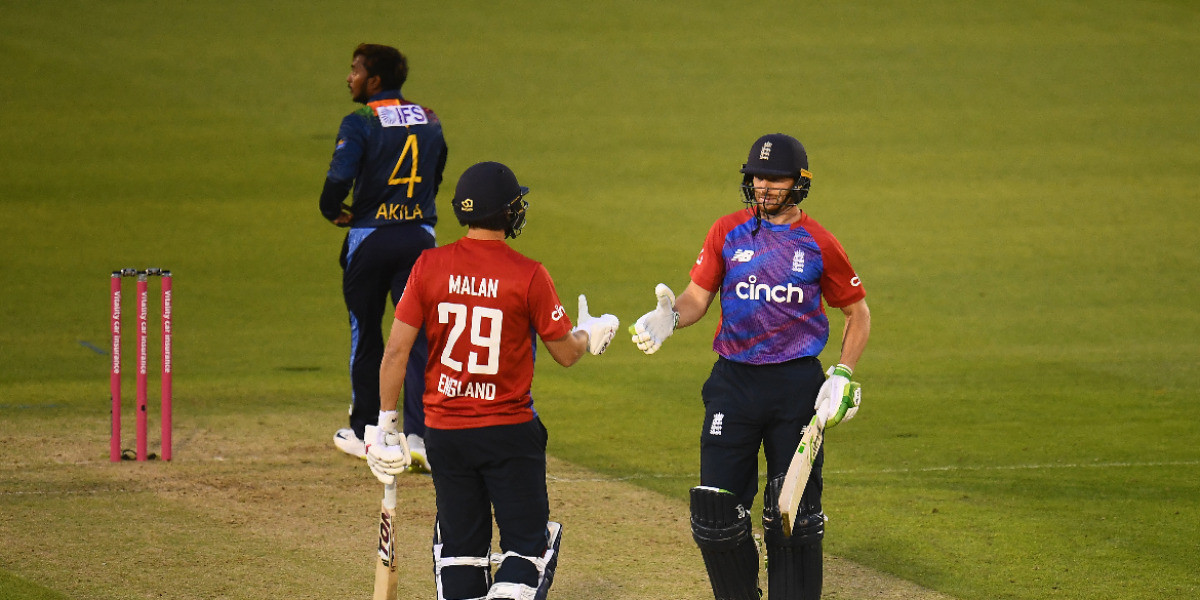 Buttler stars as England go 1-0 up

Despite Shanaka's efforts, Sri Lanka could not put enough on the board

Sri Lanka won the toss and opted to bat first. However, that decision didn't turn out well for Kusal Perera's side who kept losing wickets at regular intervals and found it difficult to score runs on a slow pitch.  Dasun Shanaka's gritty 50 off 44 balls pushed them past the hundred run mark as the visitors put up 129/7 in 20 overs.

Jason Roy and Jos Buttler had no such problems as they began the chase with a flurry of boundaries to take England to 50 within 4.4 overs and put up 80 runs in 9 overs before Roy was dismissed by a superb flying catch from Danushka Gunathilaka. England lost Dawid Malan cheaply but Buttler held firm with a measured 68 not out as they reached the target with 17 balls to spare.

Playing his first T20I since 2015, Chris Woakes bowled three economical overs but went wicket-less. The star with the ball for England was Adil Rashid Khan who did not concede a boundary while enticing Kusal Perera and Wanindu Hasaranga to hole out to Chris Jordan at long-on.

"The thing about batting in partnerships is it allows you to try and sit in and keep Roy back on strike," said Buttler who was adjudged the player of the match.

"I think it was a fantastic performance from the boys, early wickets in the power play always keep you in the game," added Buttler.

Understandably, the English skipper was pleased with the performance of his side.

"It's a great way to start a series that's so condensed," Eoin Morgan said. "The bowlers really did set the tone, so full credit to them. Chris Woakes has come and performed extremely well. Liam Livingstone has done a really good job and taken his opportunity.

"In the chase, Roy and Buttler at the top of the order are a quite formidable pair, and when they play in the fashion that they can be quite intimidating."

Sri Lanka captain Kusal Perera was not happy with the batting effort of his side. "Our batting department was not up to the mark -- 130 was not good enough against the number one side in the world.

"Our bowlers gave us a little bit of hope. There are a lot of youngsters in our team but that is not an excuse. We have to adapt to conditions."

England go 1-0 up in a three-match series. The series continues with a second match at Sophia Gardens on Thursday (June 24th)