Can get hurt when you don't respect the opposition: Jos Buttler on Ireland clash 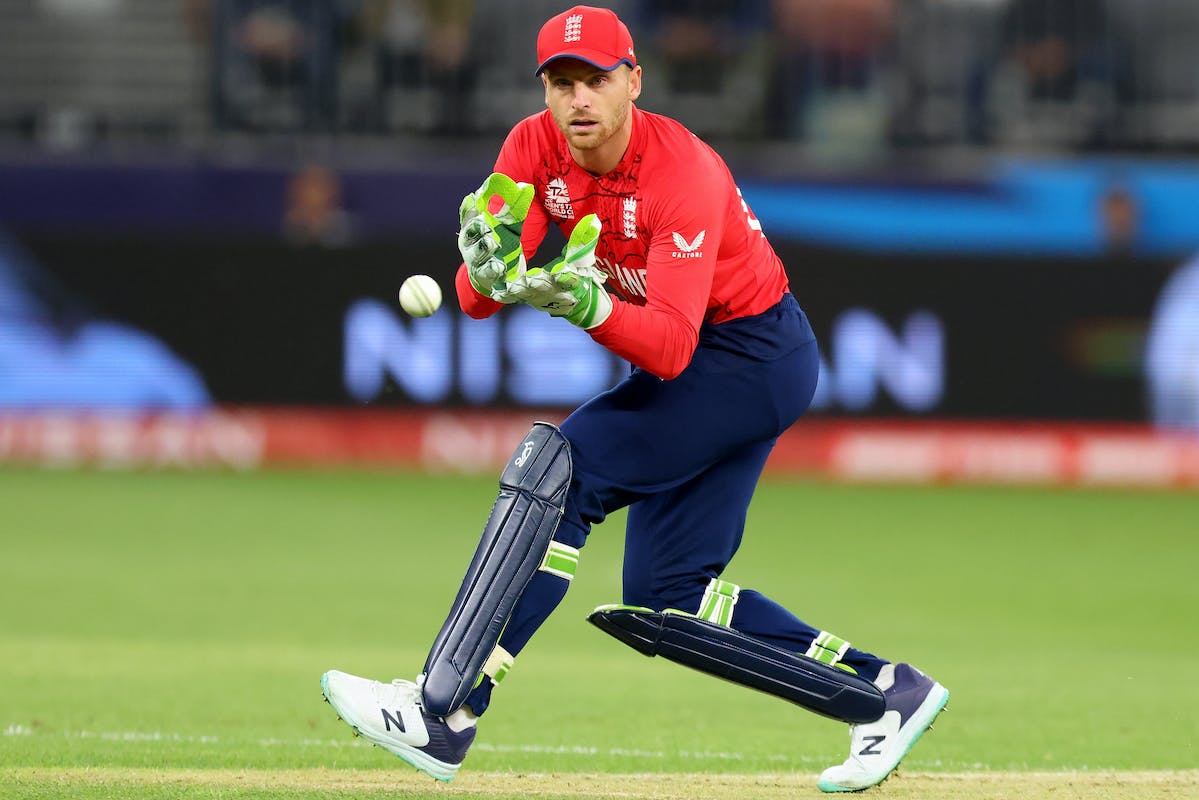 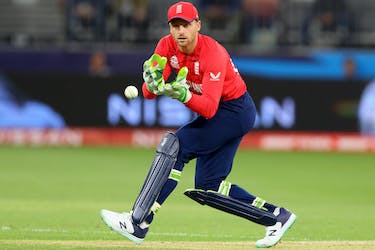 Can get hurt when you don't respect the opposition: Jos Buttler on Ireland clash

"We give them great respect, we expect a really tough game," Buttler said ahead of Wednesday's (October 26) clash

Captain Jos Buttler warned his strongly fancied England side on Tuesday (October 25) they risk getting "hurt" if they underestimate Ireland at the T20 World Cup.

England launched their title charge by beating Afghanistan by five wickets in Perth on Saturday, with their bowling and fielding outstanding. Sam Curran was the star with an incredible 5-10 -- the first England bowler to take five wickets in a T20I.

In contrast Ireland, who came through the preliminary round, were thrashed by nine wickets by Sri Lanka in Hobart. Despite the apparent gulf in class -- England are ranked world number two and Ireland 12 -- there will be no complacency with only the top two from the six-team group progressing to the semi-finals.

"We give them great respect, we expect a really tough game," Buttler said ahead of Wednesday's clash at Melbourne Cricket Ground.

"We'll prepare well, we'll try and turn up on the day and assess conditions, see what's in front of us, try and use our talent as best we can on the day to put pressure on them, and try and win the game."

With Group 1 games to come against defending champions Australia, last year's beaten finalists New Zealand and 2014 winners Sri Lanka, there could be a temptation to rest players or rotate bowlers.

But Buttler was adamant it was important to field the best team possible. "In such a short tournament, in must-win games pretty much every time, we try and get our best team on... the best team on the day due to conditions, opposition," he said.

"Any time you take things for granted or you don't respect the opposition is when you can get hurt. I think in T20 cricket especially, there's the one format where it's as level a playing field as any," Buttler said.

Rain could play a part on Wednesday with an 80 percent chance of showers forecast. Buttler said he was confident the squad had the ability to handle any situation and he wasn't going to "spend all night staying awake thinking about what might happen".

"But again, don't want to get too preoccupied with what-ifs. When a situation arises, let's try and adapt as fast as we can, try and make quick decisions that we feel is in the best interest."

Ireland know they must win to stay in the hunt for an unlikely semi-final berth. Coach Heinrich Malan said they were "really excited" by the task ahead.

"We haven't played them in white ball cricket for a long period of time, so it'll be a nice challenge," he said.

"And that's the opportunity that we're looking forward to, and hopefully we can come out tomorrow night firing."