Can India’s openers repeat the 2018 Nottingham effort to provide a good start? 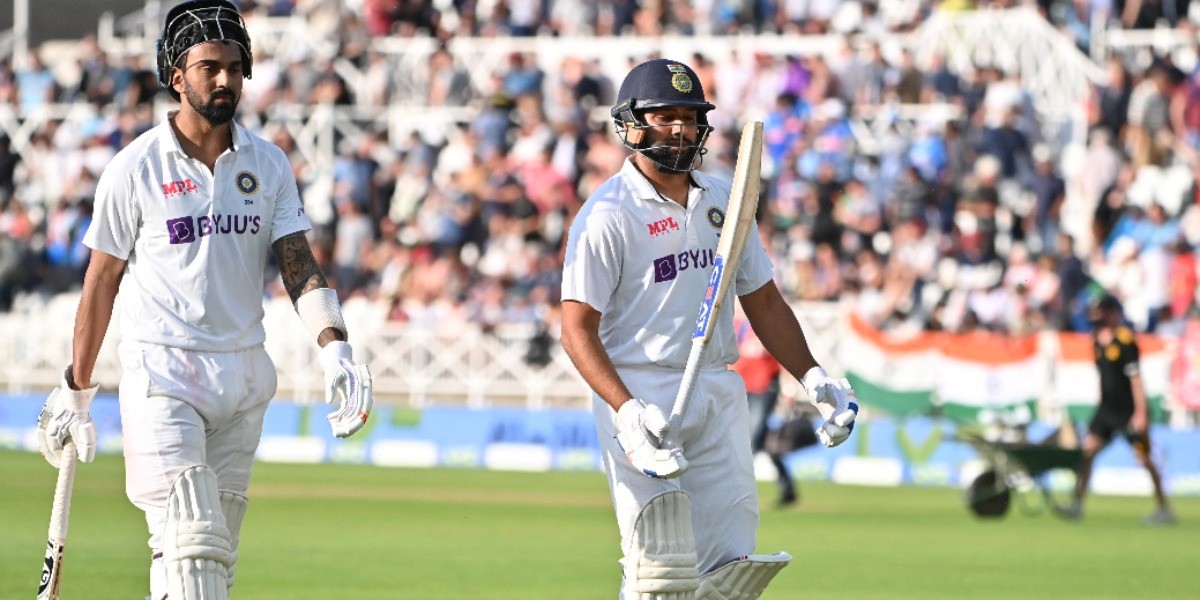 Can India’s openers repeat the 2018 Nottingham effort to provide a good start?

The odds were tilted towards the visitors before the start of the series. After the way England batted in the first innings of the first Test, the critics seemed to have livened up. Yes, their bowlers are as strong as ever with the likes of James Anderson, Stuart Broad, Sam Curran and Ollie Robinson. But, does the batting have the depth required to support the skipper. In the first innings, yet again it was Joe Root who stood up against a strong Indian bowling line-up. But, his lone efforts weren’t enough as Jasprit Bumrah, Mohammed Shami and co, dominated day one.

India, in pursuit of building a lead over England’s 183 negated the early threat of batting around an hour towards the fag end of the day. Rohit Sharma and KL Rahul have reduced the deficit to 162 and will be hoping to repeat if not better what the Indian openers did at Trent Bridge in 2018. In both the innings Indian opening partnership had scored 60 runs each, but none of the openers went on to convert their starts. A positive sign for India is, one of the openers from that match in 2018, Rahul, has looked solid despite his limited first-call experience in the last 18 months.

As another ray of hope, India’s opening partnerships record at Trent Bridge is sensational since 2000. Among the seven English venues they have played in the aforementioned time, only at Trent Bridge the opening partnership averages 42.9. In the rest six, the average does not even cross 30. As a bonus, Rahul is batting on the back of a century (149) on English soil from 2018 as well as in the practice match.

However, it is always tricky to bat in English conditions as the ball tends to swing all day. Moreover, the overhead conditions will remain overcast through most of the second day as there is a forecast for some rain on Thursday. This will make it even more difficult for the batsmen.

THE LEAD THAT INDIA SHOULD BE EYEING

In spirit, given the situation they are in, India would want to bat once in the Test. In Tests since 2010 at Trent Bridge, teams batting second have taken a lead in five out of the eight previous occasions. Out of those five only twice has a team won and in both the occasions it was England. In the two wins, England had taken a lead of 331 against Australia in 2015 and 58 against West Indies in 2012. The lead of 331 runs against Australia is the only instance of a team gaining a lead of excess of 100.

On the basis of sheer numbers, it is very clear that India have to post a lead of over 100 or even 150 to put a stronghold in this match.

Both James Anderson and Stuart Broad in the XI has been a rarity for England. But the absence of Jofra Archer has resulted in the veterans pushing themselves. But how can they have not played at Trent Bridge? 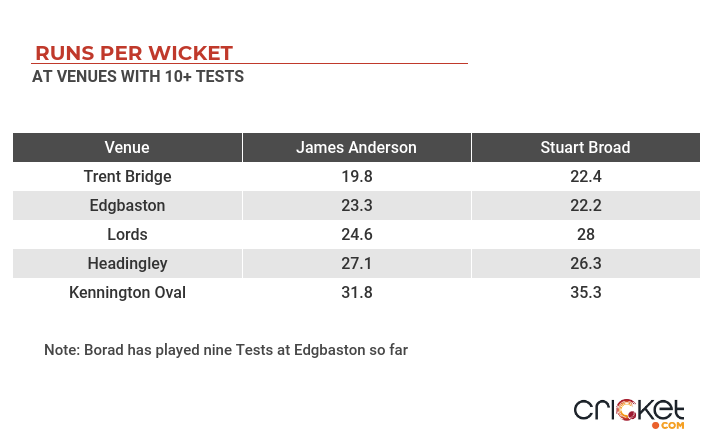 Anderson and Broad have played 10 or more Tests in five and four venues at homme respectively. At none of these they average better than they do at the Trent Bridge. In 11 Tests here, Anderson has averaged 19.8 runs per wicket here. Broad has averaged 22.4 in 10 Tests. After all these years, the second day would be when England will need them the most at the venue that they love.