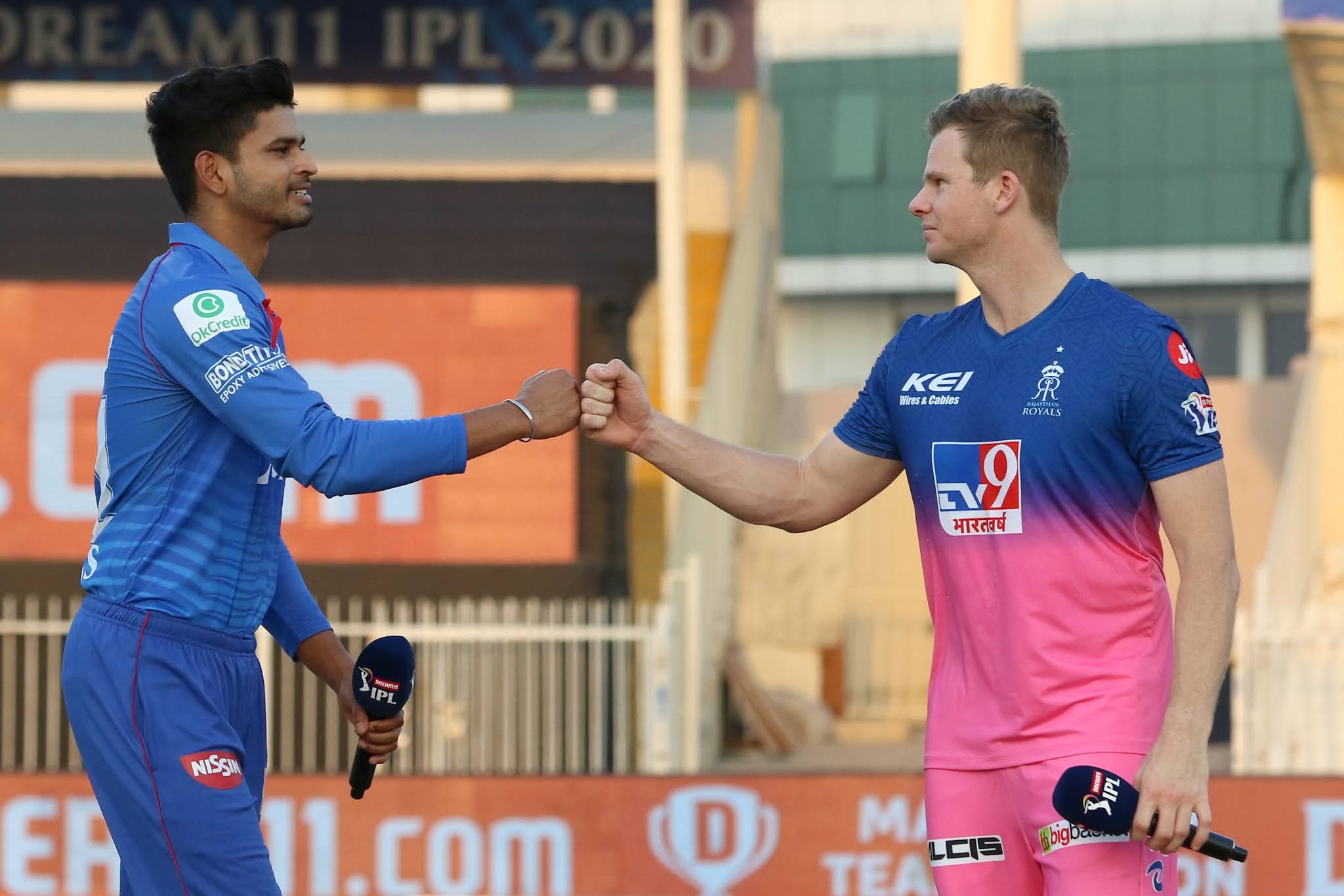 On one hand, Rajasthan Royals (RR) registered a resounding five-wicket win in their previous game. On the other, Delhi Capitals (DC) succumbed to a defeat by a similar margin against Mumbai Indians. However, this will hardly reflect the mood in the camps when these two sides take on each other in Match 30 of the 2020 Indian Premier League (IPL) at the Dubai International Cricket Stadium.

DC will take the field in a position where they can shrug off their previous game’s outcome as a bad day at the office. RR, on the other hand, still have a lot to do with their side.

The way Rajasthan’s side was built after a fresh auction in 2018, it was evident that they will be a team which will rely heavily on four or five star players. They made it to the playoffs that year with Jos Buttler playing a massive role. This year, they have been short of such big performances which has seen them languishing at the sixth spot on the points table at present with 38 percent chances of qualifying for the playoffs according to Criclytics. The first half of the league stage is done with each team having played seven games, yet RR are still searching for their best combination.

Except Jofra Archer, their best bowler in the competition with most wickets and the best economy rate for them despite bowling the tough overs, their stars have faltered. Sanju Samson and Steve Smith have jaded after a couple of eye-catching fifties to start their campaign. Both of them have reached double figures only once in the last five games. Buttler has shown glimpses of his brilliance but that has been it. Consequently, RR have the worst balls-per-dismissal ratio in the Powerplay, often losing fire early in the innings. 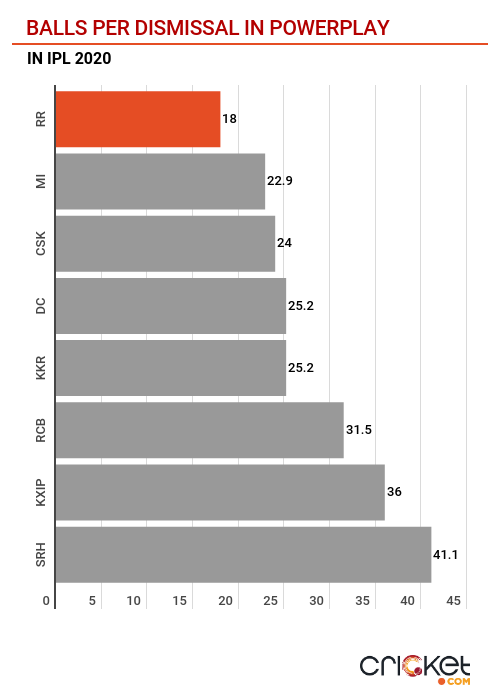 Newbies - Rahul Tewatia and Riyan Parag - pulled off a heist against Sunrisers Hyderabad, but it won’t be easy against DC who possess one of the best bowling line-ups in the competition. The fact that Delhi’s bowlers have already neutralized their batting once this season could also play on their minds.

Need to target the fifth bowler

Each one of Kagiso Rabada, Anrich Nortje, Axar Patel and Ravichandran Ashwin have proved tough to negotiate for the opposition in IPL 2020. With a prospering core, it is important for any side to target their fifth bowler - Harshal Patel and Marcus Stoinis at present - to succeed against Delhi. The duo have gone at an economy rate of 9.5 in their 28.4 overs combined until now. Although they have had their good days, it will be vital for RR to take them to the cleaners. Hence, it will be crucial for RR not to lose wickets upfront as they have thus far.

DC, having had a settled unit for nearly all of the first half of IPL 2020, now face a standout issue centred around Rishabh Pant’s injury. With no Indian wicket-keeping backup up their sleeves, they had to draft Alex Carey into the XI which comes at the cost of Shimron Hetmyer’s place. This takes out a lot of power-hitting potential from their middle-order resting the onus on Prithvi Shaw and Stoinis.

In less concerning injury issues, Ishant Sharma has flown back to India joining Amit Mishra in the list of players out for the tournament.

Voids in the team

RR bought Robin Uthappa during the auction to fill the void of an experienced Indian batsman in their line-up. Uthappa, however, has been underwhelming - scoring only 51 runs in five innings at a strike rate of 89.5. Parag is back among the runs, but there is still a vacant spot in the batting line-up. Yashasvi Jaiswal has failed to grab his chances. Is it time to finally give a cap to Manan Vohra who has been warming the bench for them since last season?

Similarly, there are spots up for grabs in the bowling line-up as well. RR are yet to find support for Archer. Kartik Tyagi has put his hand up, but Jaydev Unadkat has continued to be mediocre.

The two spots have continued to keep RR away from finding their best XI even when Ben Stokes has joined the squad. Moreover, it’s an area to exploit for the opposition.

DC are expected to field the same side as they continue playing with Pant on the sidelines.

As mentioned above, RR are still searching for their best side. Uthappa might have served his time in the XI, but any changes depend on how the team management approaches the situation, especially after winning the last game.