Can Velocity and Trailblazers stop the Supernovas juggernaut? 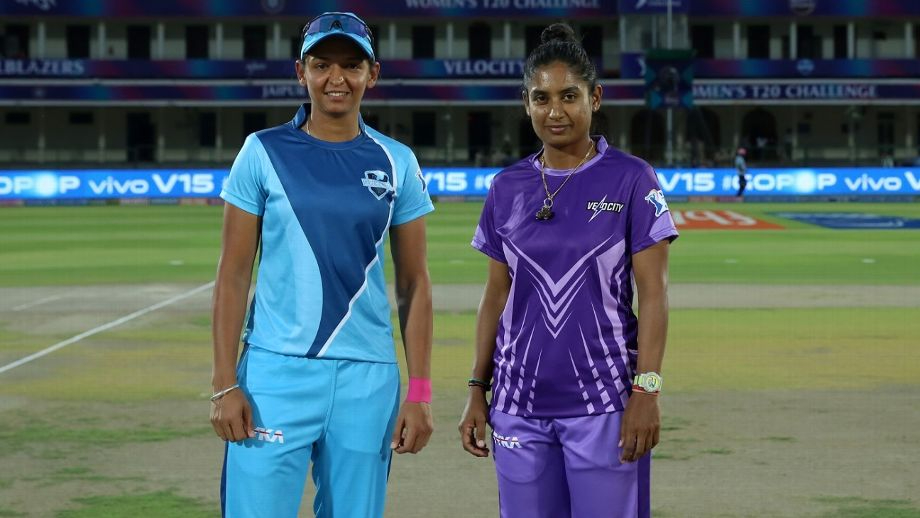 Can Velocity and Trailblazers stop the Supernovas juggernaut?

It's almost been eight months since India were thumped by Australia in the final of the Women's T20 World Cup in Melbourne, and since then the likes of Harmanpreet Kaur, Smriti Mandhana, Poonam Yadav, Shafali Verma and many more have played no competitive cricket whatsoever. For players and all the fans of women's cricket, the Women’s T20 Challenge - scheduled to be held in Sharjah from November 4 to 9 - would serve as a huge lifeline.

Though it's just a four-day-and-a-four-match tournament, the Board of Control for Cricket in India should be credited for organising an event amidst the growing pandemic. The Women’s T20 Challenge started as a one-off exhibition match in 2018 but has now been expanded into a three-team tournament - Supernovas, Velocity and Trailblazers. All teams will play two games each in the space of four days and the top two will qualify for the final, which will be played on November 9, a day prior to the Indian Premier League final.

The players are finally getting to play some cricket but it won't come as a surprise if most of them look rusty. The Indian players were quarantined in Mumbai for nine days before arriving to Dubai where they had to keep themselves in mandatory six-day isolation. There have been a couple of training sessions held before the tournament and it would be interesting to see how quickly they adapt to the conditions and match situations.

The three sides will be led by Harmanpreet (Supernovas), Mandhana (Trailblazers) and Mithali Raj (Velocity). Each of the three teams have four overseas players in their squad. Considering it's coinciding with the Women's Big Bash League in Australia, the tournament for sure will lack some star power. The likes of Alyssa Healy, Rachael Haynes, Suzie Bates, Jess Jonassen and many other players and experts weren't happy about the clash in scheduling and said it only hampers the health of women's cricket.

Sophie Devine, Nat Sciver, Laura Wolvaardt, Stafanie Taylor, Lea Tahuhu, Meg Lanning, Beth Mooney and Ellyse Perry are some of the other big stars who won't be playing this time because of their WBBL commitments. There are so many issues but let's not take anything away from BCCI who have somehow managed to make this tournament happen.

We could keep talking about the pros and cons, but for now, let's look at how the three teams shape up.

In Jemimah Rodrigues, Chamari Athapaththu, Priya Punia and Harmanpreet, the defending champions have a solid top-order. It was the skipper herself who smashed a match-winning 37-ball 51 to help Supernovas get the better of Velocity in last year's final which went down to the final delivery. Supernovas have some decent hitters lower down the order but the onus of scoring the majority of the runs will once again be on the aforementioned names. They for sure would miss the services of Devine and Sciver. Supernovas have some decent all-rounders, but when it comes to their bowling, they will rely a lot on Poonam Yadav. 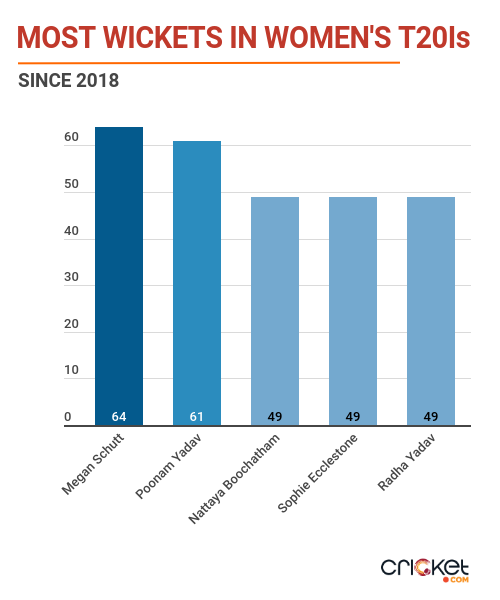 Key player: Poonam is a street-smart cricketer and knows how to get the most out of her skillset. The 29-year-old might be just 4 feet and 11 inches tall but she surely knows how to make batters dance to her tunes with her leg-breaks and googlies. Only Megan Schutt has taken more wickets than Poonam in T20Is since 2018. The legspinner was outstanding in this year's T20 World Cup, picking up 10 wickets in five encounters at an impressive average of 11.90 and an economy of 5.95. There's no doubt that the oppositions will be wary of her slow and loopy leg-breaks.

There are quite a few players in the tournament who weren't even born when Mithali started playing competitive cricket. The 37-year-old has been around for over 20 years, and despite some recent roadblocks, the stylish right-handed batter is still going strong. Mithali believes she still has some cricket left in her and this tournament would serve as a perfect platform for her to make a statement. Velocity lost to Supernovas in the final last year but have the most balanced squad, at least on paper, in this edition.

They have a fearsome opening pair in Shafali Verma and Danni Wyatt, while in the middle-order they have the experience of Mithali, Veda Krishnamurthy and Sushma Verma. Velocity also have a balanced bowling attack, with Jahanara Alam, Leigh Kasperek, Suné Luus, Ekta Bisht and Shikha Pandey all capable of winning matches on their own. 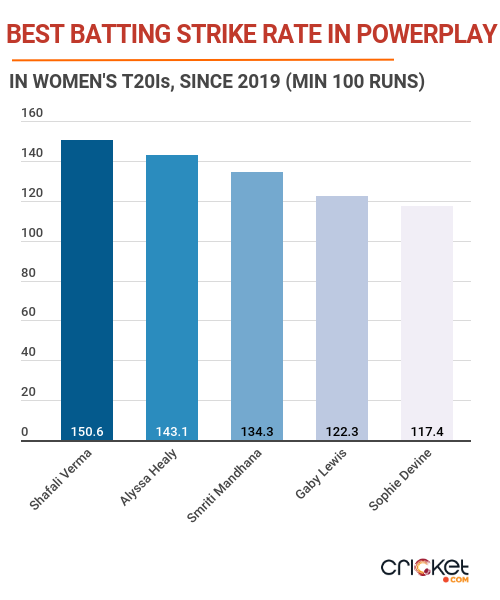 Key player: Shafali is fearless and proficient, and she is just 16! The breakout star of the last T20 World Cup had a tournament to remember as her exploits at the top of the order carried India to their maiden T20 World Cup final. The right-handed opener smoked 163 runs in five matches at an incredible strike-rate of 158.25 and contributed in every single match except for the final. She left everyone in awe with her fine strokeplay and is already being tipped as the “next big thing”. She smashed 77.3 percent of her total runs in the powerplay and was the most successful batter in the first six overs.

In November 2019, Shafali broke her idol Sachin Tendulkar's record to become the youngest Indian to notch up an international fifty. Just so you know, it was in the last year's Women’s T20 Challenge, Shafali forced everyone to sit up and take notice but the team management would now want her to take more responsibility considering she's already a global superstar.

The Mandhana-led side failed to make it to the finale in 2019 and would be itching to turn their fortunes around in this edition. They won the tournament opener last year because of Mandhana's brilliance with the bat, but the left-hander couldn't contribute much in the second game and Trailblazers ended up on the wrong side of the result. They would need their captain to fire once again but at the same time, the likes of Harleen Deol, Deandra Dottin and Richa Ghosh will also be expected to step up.

They have top-class spinners in Sophie Ecclestone (top-ranked T20I bowler), Deepti Sharma, Rajeshwari Gayakwad and Salma Khatun, while the pace department isn't bad either. Trailblazers also have the star Thailand opening batter Nattakan Chantam in their squad who will become the first Thai cricketer to play professional T20 franchise cricket of any kind. 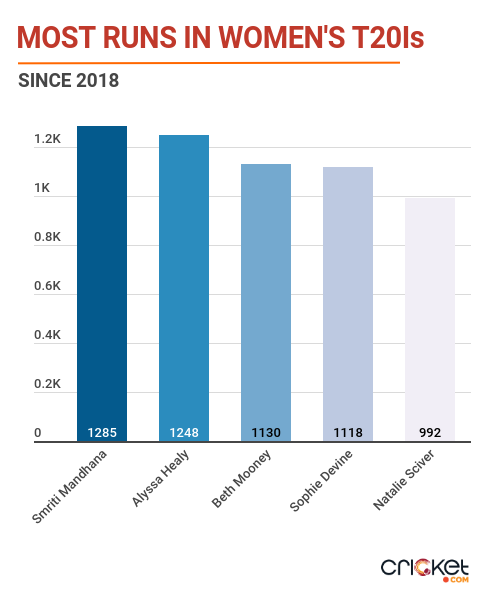 Key player: Trailblazers have a couple of excellent T20 performers but it's very difficult to look past Mandhana. She's flamboyant, yet elegant! When in full flow, Mandhana is ‘poetry in motion’ and can make batting look ridiculously easy. Those Kumar Sangakkara-esque cover drives, well-controlled cut and pull shots, lofted on-drives, everything about her batting is picturesque and soothing to the eyes. The left-handed opener is inarguably India's best batter and has played a huge role in the growth of women's cricket in the country in the last two-three years.

Mandhana might be just 24 but she has already become a household name in women's cricket. No other batter has scored more runs than her in T20Is since the start of 2018. Mandhana only managed 49 runs at 12.25 in the T20 World Cup and would be eager to make a statement in this year's T20 Challenge.