Can West Indies bounce back and avoid series whitewash? 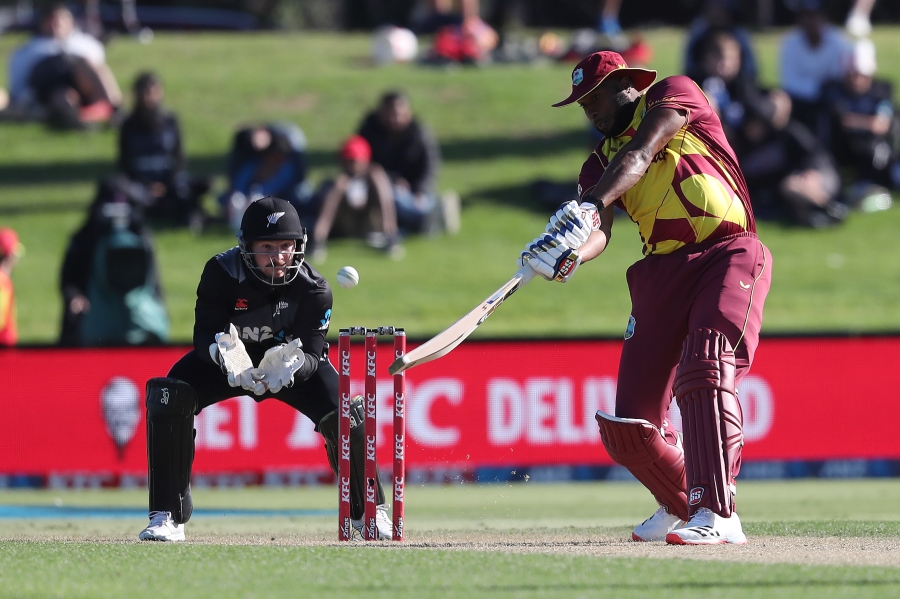 Can West Indies bounce back and avoid series whitewash?

With the T20 World Cup less than a year away, every T20I is crucial, even if the series has already been decided

On paper, there is very little to play for when New Zealand and West Indies take the field at the Bay Oval in Mount Maunganui on Monday (30 November 2020). After all, the series is done and dusted, with the hosts having secured a 2-0 lead with a huge win in the second game at the same venue. But with a T20 World Cup less than a year away, no T20 International is futile.

For West Indies, especially, you’d think there’s a lot to play for. This is the 16th T20I series, consisting of at least two matches, that the team from the Caribbean have played since their triumphant World T20 campaign in 2016. They’ve lost as many as 11 of those which will be a huge source of concern for them. Yes, they’ve often not played with a full-strength team and there are a few key players missing in this series as well, but they surely should be getting better results.

HETMYER AND POORAN NEED TO STEP UP

In Shimron Hetmyer and Nicholas Pooran, West Indies have two of the most exciting young batsmen in world cricket. But their performances in T20Is haven’t been up to the mark yet and that is particularly alarming because they will definitely be a part of the side even when everyone is available.

On Sunday (29 November 2020), chasing a mammoth target of 239, Hetmyer struggled and his innings of 25 runs from 32 deliveries diminished even the little bit of hope that the visitors would have had. The left-handed batsman from Guyana has played only 27 T20Is until now, but his average of 18.95 so far is worrying from a West Indies viewpoint. Add to that, while he is considered a big-hitter, he has a batting strike rate of only 116.97 in T20 cricket at the international level which is far from ideal.

On the other hand, Pooran has performed slightly better, but a batting average of 21.23 and a strike rate of 124.91 aren’t great either. Across all T20 cricket, the Trinidad-born wicketkeeper-batsman has a strike rate of 144.43 which shows that he has the ability to be scoring at a much faster rate. Hence, there is a lot of scope for improvement on that front.

On the bowling front, West Indies have produced erratic performances in both games thus far. In the post-match presentation after the second contest, captain Kieron Pollard said: “When we're bad, we go really bad.” And things did really go bad for the West Indies in the latter stages of the New Zealand innings on Sunday as they conceded 168 runs in the last 11 overs.

There’s no simple solution to this problem. Dwayne Bravo returning to the team could help at next year’s T20 World Cup, but for the upcoming fixture on Monday, they need to find answers within the squad. Kesrick Williams was expensive in the first game and was dropped for the second, but after that team bowling performance on Sunday, you would think that either Romario Shepherd or him could get a game.

Another option that the Pollard-led team have is leg-spinner Hayden Walsh. The former United States of America cricketer has a bowling strike rate of 15.3 in T20 cricket and will help bring a different dimension to the bowling attack. In fact, in T20 matches at Bay Oval since 2017, leg-spinners have the best economy rate (8.1), so you’d think Walsh deserves a chance here. 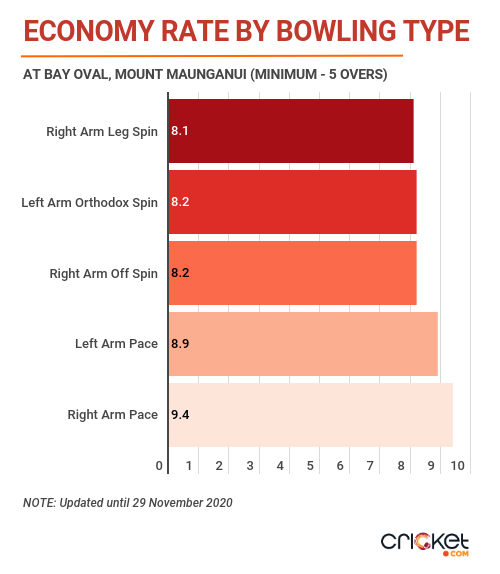 Meanwhile, New Zealand will be very pleased with their displays thus far in the series. Despite the absence of regulars such as Kane Williamson and Colin Munro, their batting has performed admirably. Glenn Phillips, who has done superbly in franchise cricket, showed that he is well capable of producing the same at the international level with a fantastic century in the second T20I.

In Devon Conway, the Kiwis seem to have a batsman who could be a regular across formats sooner rather than later. After scoring heavily in domestic cricket, the 29-year-old has made a smooth transition to international cricket, notching up two impressive knocks in as many matches over the last week.

After a shaky opening over on his T20I debut, Kyle Jamieson has come back strongly, picking up two wickets and conceding just 15 runs from his four overs on Sunday. But he, along with captain Tim Southee and Ross Taylor, won’t be available for this match as the trio join the Test squad.

With Southee missing out, we will get a first glimpse of Mitchell Santner as captain at the international level. And with the series already won, it’s an ideal match for him to get started with New Zealand head coach Gary Stead recently mentioning that this move is a part of the team’s long-term planning.

"So, it's somewhat a trial to find out how that goes and it's part of our planning towards further down the track when we look at the future as well. He's still a young man has plenty of time left in the game, so it's an opportunity to see how he performs in that role,” said Stead.