Cannot bank on another washed out game to reach semis: Nortje 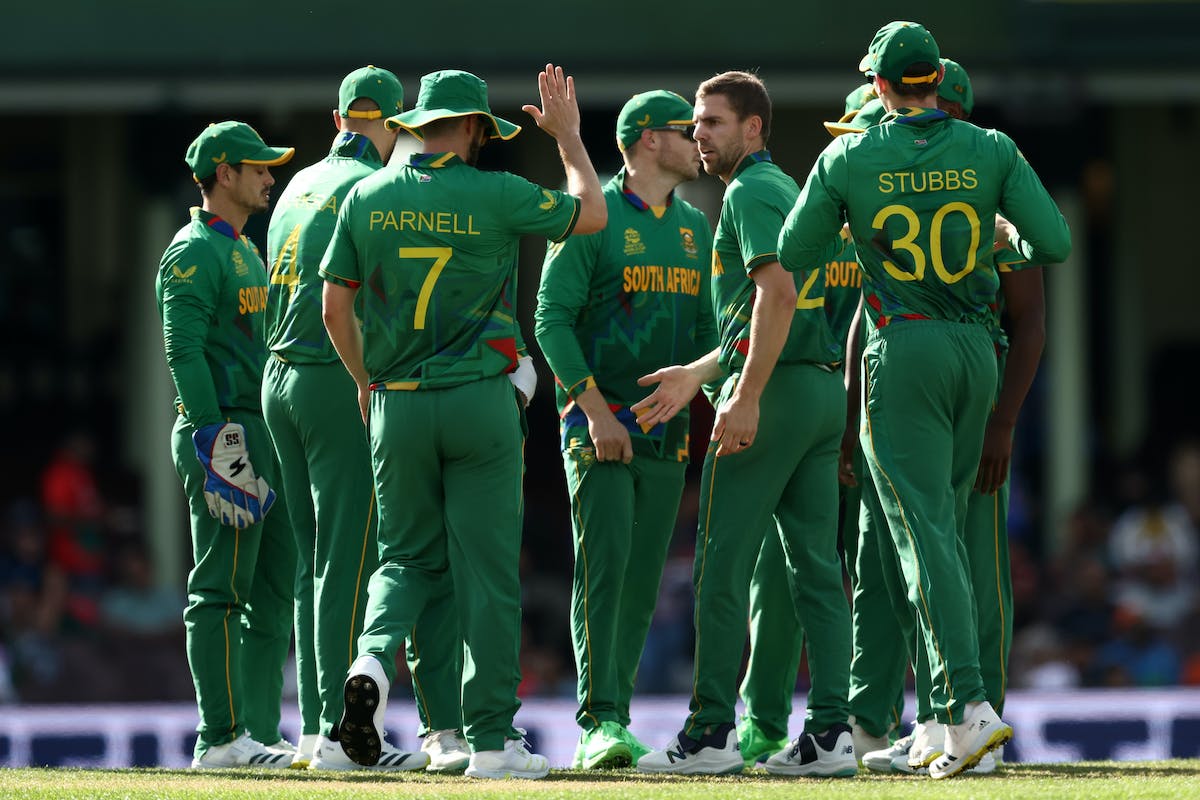 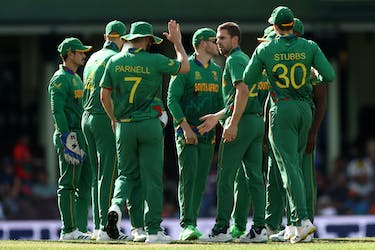 Cannot bank on another washed out game to reach semis: Nortje

South Africa pacer Anrich Nortje felt that his team will be aiming to win their remaining three Super 12s match to secure a spot in the T20 World Cup semis rather than thinking about wash-outs.

Five games in this World Cup have been abandoned due to rain including South Africa's first match against Zimbabwe where they stood 13 runs away from a revised target. Group 1 has been hit hard by wash-outs after Friday's two matches at the MCG were called off due to heavy rain.

Nortje said that his team cannot think of all possibilities if games are washed out.

"There's possibility of other games getting rained out. There's possibilities of maybe this and that happening, and then we could go through. Or we can just try and win all four or all of our games, and it makes it simple," Nortje said in pre-match press conference on Saturday.

"We can't bank on another game to rain out to try and get through or to get closer (to the semis). When we've got the opportunity to go for a big win, get the net run rate up," he added.

In lead up to the World Cup, South Africa faced India in three T20Is which they lost 2-1. While the Rohit Sharma-led squad left for Australia two weeks earlier, South Africa's main squad remained in India for the three ODIs of the series. Nortje, while saying that India benefitted from the early preparations, felt that the Proteas are well aware of the pitched in Australia.

"We ended off with ODIs in India, which was probably not ideal, but we were still playing cricket. There was two or three guys who weren't playing (in the India series), which wasn't ideal, but most of us were playing still. It would have been nice to probably have that extra week like India did when they came just to assess conditions a bit," Nortje said.

"But I do think most of our guys are also used to conditions in Australia. We come from South Africa where it's mostly difficult batting conditions. Lots of bounce at some of the stadiums. So we are sort of used to the conditions, and as bowlers, we've obviously played in it as well," he added.

South Africa were clinical in their first game against Zimbabwe where they claimed five wickets and then smashed 51 without losing a wicket in three overs before the match was abandoned. In the second game, they posted 205/5 in 20 overs, before skittling out Bangladesh for 101 to seal a 104-run victory.

Nortje said that the 2021 World Cup has given them confidence despite not making it to the semis due to just one defeat against Australia.

"Yes, I think we've been saying it (winning the World Cup) for the last probably two seasons now. Last year, we lost one game at the World Cup (to Australia), and we were out of it. That was also a close game. I think it's a really good team. The guys have been together for such a long time. Everyone knows sort of where they fit in. One or two guys that come in, and they sort of fit into the roles that are open. That can help the team give something different," Nortje said.

Rohit Sharma, Virat Kohli and Suryakumar Yadav all scored fifties in India's comprehensive win over Netherlands. When asked if South Africa have specific plans for the trio, Nortje said: "Focused on what we have to do. That's all."

The Proteas are second in Group 2 with three points as they aim to take the top spot with a win over India on Sunday.