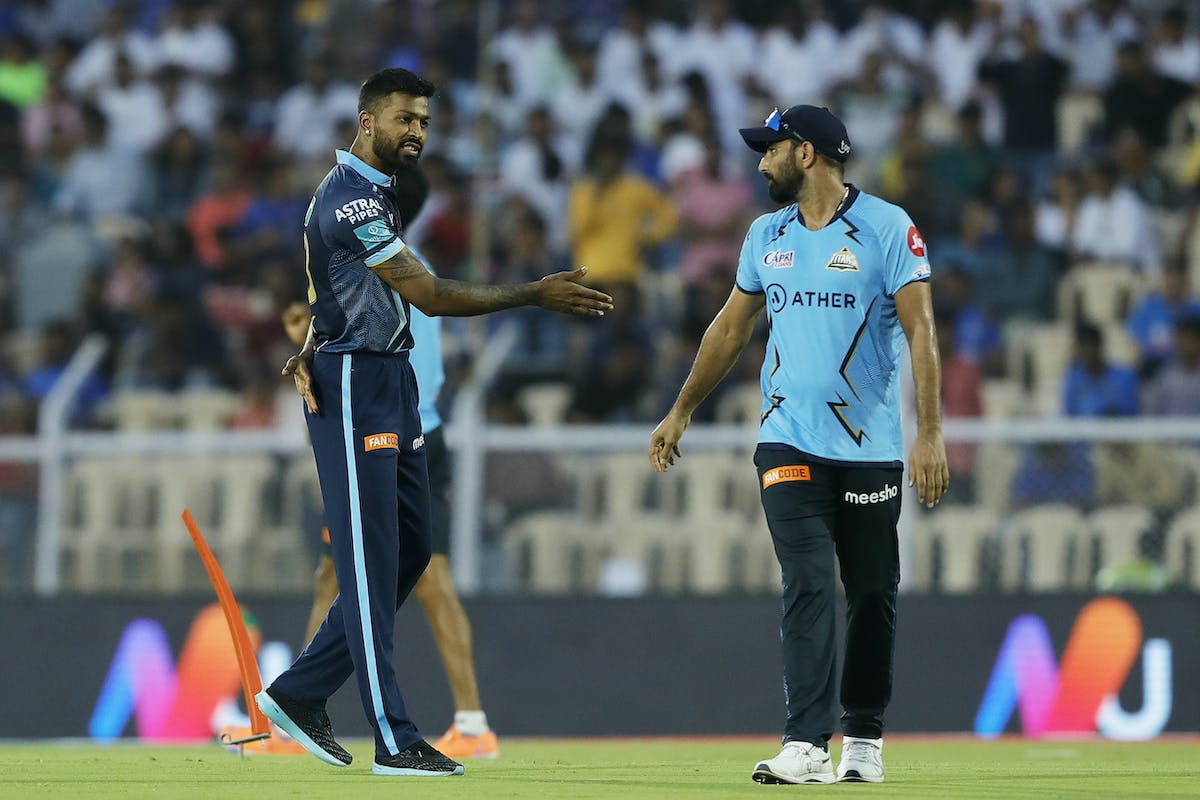 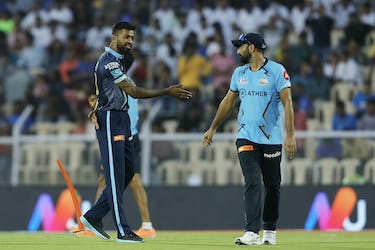 The newly inducted franchise, the Gujarat Titans, are the first team to secure their place in the playoffs of the Indian Premier League after producing consistent performances throughout the competition.

One of the mainstays in the bowling unit of the Titans, Mohammed Shami, has credited the role of Hardik Pandya as a skipper and feels the aggressive all-rounder has mellowed down after being handed the responsibility of the side.

"After Hardik became captain, he has become more normal, and his reactions have been mellowed. I have advised him to control his emotions on the field because the entire world watches cricket," Shami revealed in a conversation with the media on Friday.

"It is very important as a leader to be sensible, understand situations, and he has performed that role to perfection," he further added.

With nine wins in 12 games, the Titans have dominated the competition with their consistent performances, with Shami at the forefront. The right-arm pacer scalped 16 wickets in 12 innings and believes Hardik's captaincy is one of the significant reasons for Gujarat's success.

"He has kept the team together. I have witnessed a lot of changes in him as a captain in comparison to a player," said Shami.

"Every captain has a different temperament. Mahi bhai was quiet, Virat was aggressive, Rohit leads according to match situations, so understanding Hardik's mindset is not rocket science."

"We have made a good bonding in the team from the start. In every match, we played as a group. We have put on a combined performance. We have worked as a team in the tournament. Everyone contributed a little bit and hope this continues," he revealed,

The veteran pacer has been the leading wicket-taker for the Titans and will be crucial to the fortunes of the side in the remaining league matches and also the playoffs.

"As far as my performance is concerned, whenever I was given the white ball, I always tried to put in my 100 per cent. Not just this season, if you look at the last four seasons, then you can see nobody (in teams that he played)took more wickets than me," he said.

While this edition of the tournament has unearthed a promising young Indian fast bowler in Umran Malik, the 31-year old feels Umran will need to add swing and accuracy to succeed in this format.

"Pace is there, but if you are asking my personal opinion, I am not a big pace fan. If you are bowling 140 kmph and moving the ball both sides then it's enough to get a batter out. He will need some time to get mature because along with pace, you need accuracy."

"In T20, everything depends on swing and length because nobody fears pace nowadays. If you can swing it at a good pace with perfect line and length, then you have chances to survive in this fast-paced game," he concluded.