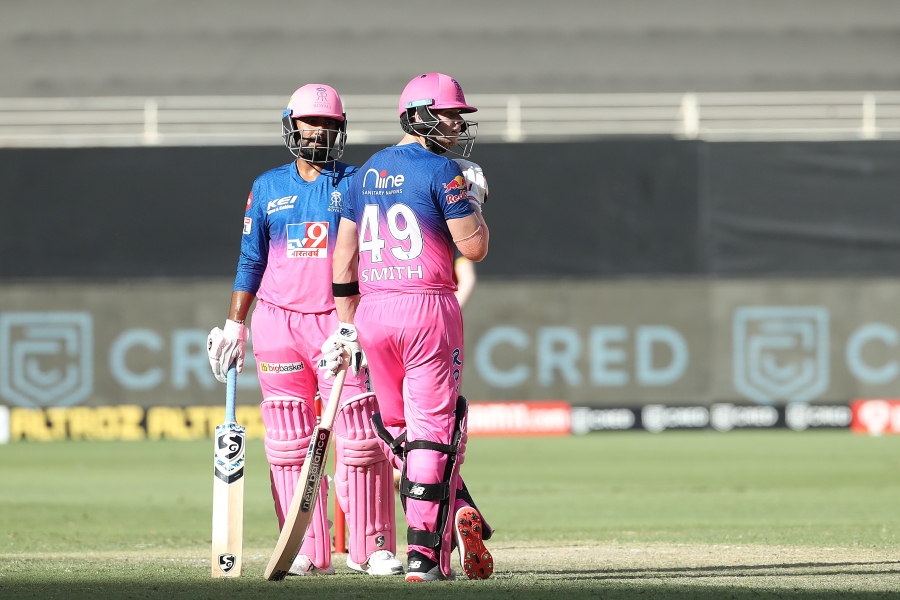 Cricket.com staff
Chennai Super Kings vs Rajasthan Royals, IPL 2020, Match 37: Fantasy Preview
Here are a few tips and suggestions that might help you in creating your fantasy team for the 37th match of IPL 2020 between CSK and RR at the Sheikh Zayed Stadium, Abu Dhabi

Chennai Super Kings (CSK) take on Rajasthan Royals (RR) in Match 37 of the Indian Premier League (IPL) 2020 at the Sheikh Zayed Stadium, Abu Dhabi. Both teams are currently struggling for any sort of form or momentum with CSK languishing in sixth position, while RR are one place below them. It’s a crucial match for both teams as a victory for either will see their hopes of staying alive for a place in the playoffs by the barest of margins.

In their previous encounter at Sharjah, the Royal eked out a 16-run win, with both sides scoring 200 or more. Overall though, it is CSK who have the upper hand in the IPL, having won 14 out of the 22 encounters against RR. However, the Royals have a 3-2 advantage in the previous five encounters. 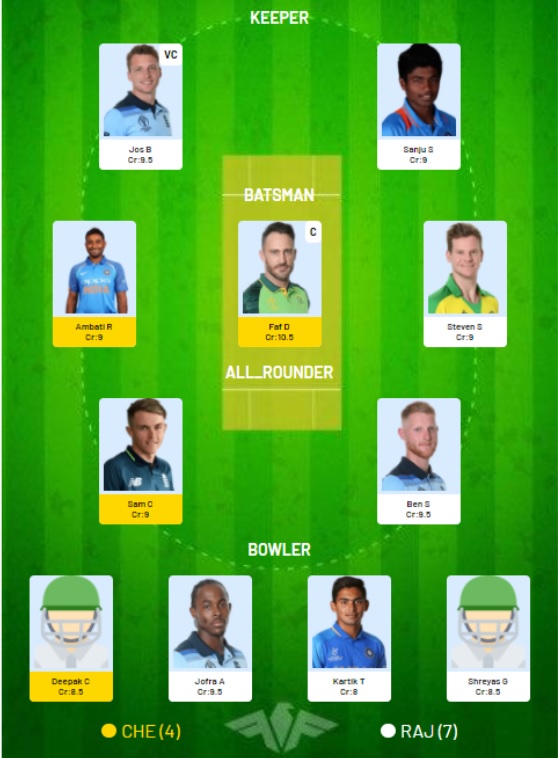 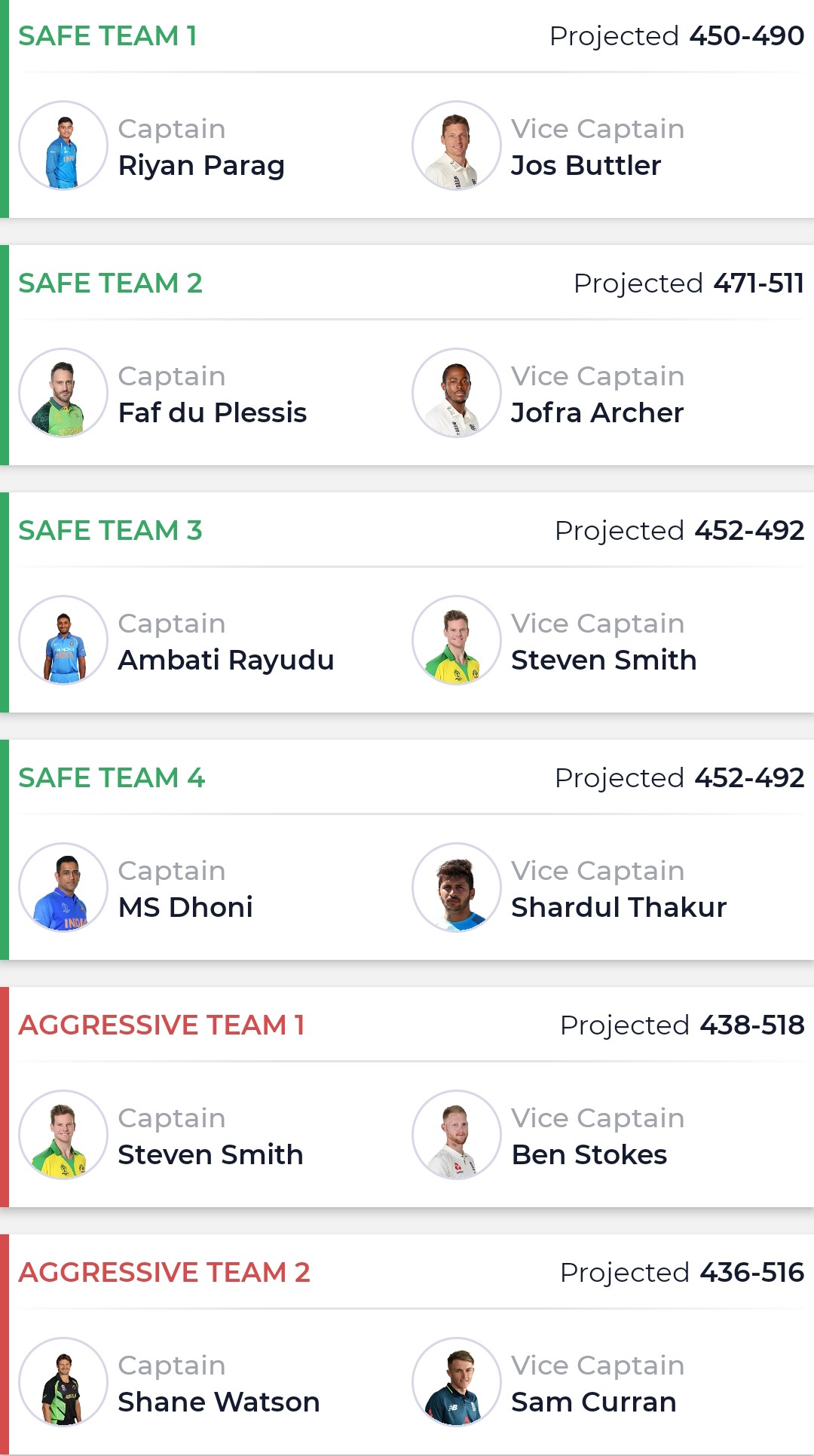 Whether you bat first or second, it has been pretty even-steven at Abu Dhabi. The teams batting first have registered wins on six occasions, while those chasing have won on five occasions. However, in the last two matches at the venue, the team batting second has won.  However, with the average first innings score at Abu Dhabi being 167 and 152 in the second innings, the captain winning the toss would love to bat first. The tracks also tend to slow down as the match progresses and as a result, the spinners could come in handy later on.

At Abu Dhabi, the batsmen have scored at a run-rate of just eight – the lowest among the three stadiums – and wickets have fallen every 30.4 runs, 22.7 deliveries apart. 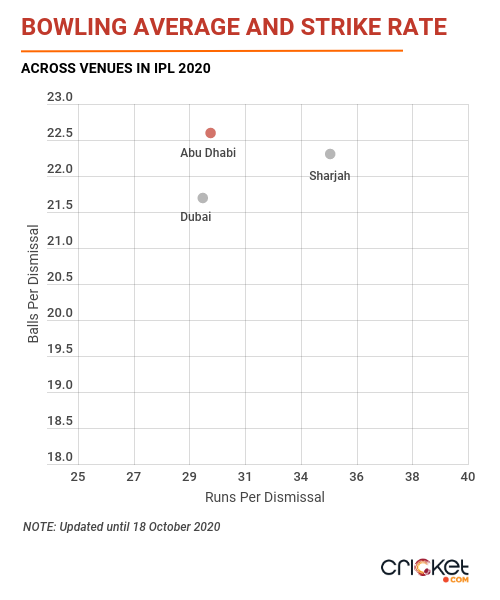 Like the other venues, pacers have picked up the most wickets in Abu Dhabi as well and they have done it at a better average (30.1) and their balls per wicket ratio (21.4) is better than the spinners. However, the spinners have been more economical (7.4) than the pacers (8.4). Hence, it might be a good idea to stock your team with fast bowlers, but pick one or maybe two spinners, which both RR and CSK have in abundance. 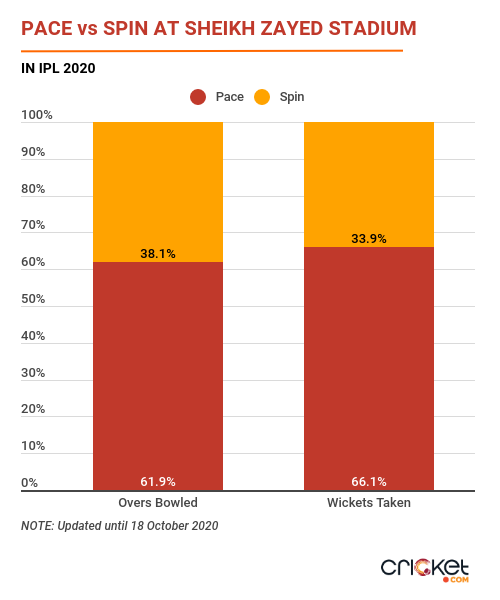 Ambati Rayudu has had a miserable time when it comes to Jofra Archer in T20s. The CSK batsman has scored just from 13 balls against the England fast bowler. Moreover, Rayudu has been dismissed twice in three innings against Archer. The RR quick will look to add to Rayudu’s misery  in this match. 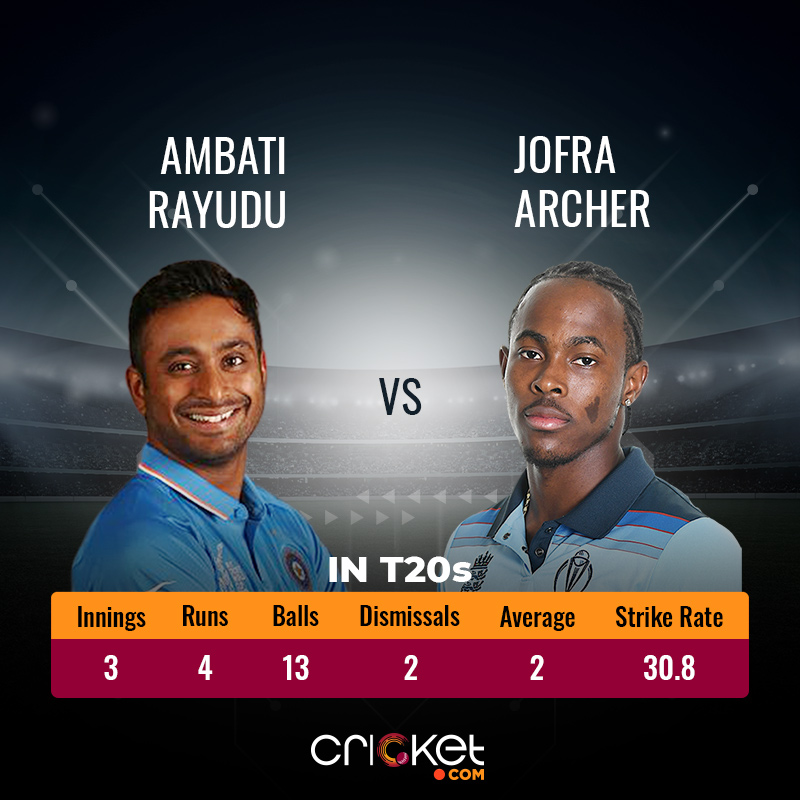 Steven Smith may have been dismissed by Ravindra Jadeja on six out of the 15 occasions they’ve come face-to-face, but the RR skipper has scored at a strike-rate of well less than 100 and average of just a shade over 12. While Smith is an excellent player of spin, it is safe to say that he has not got the better of Jadeja yet. His team will hope that it changes this time around. 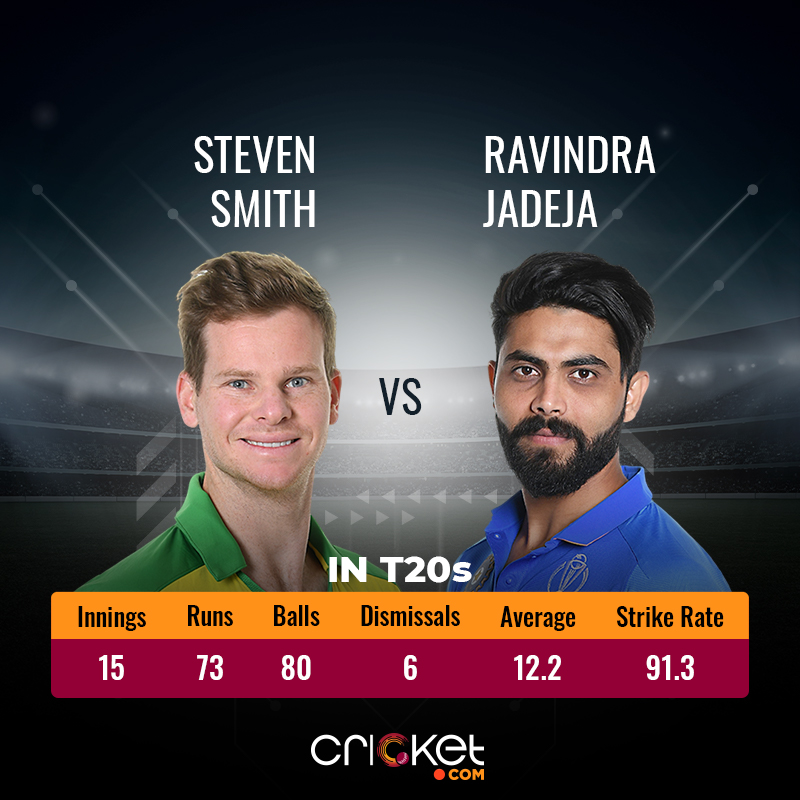 Jos Buttler has thoroughly dominated Deepak Chahar in the five innings they have come together. Buttler has struck at an impressive strike-rate of 158.8 against Chahar and is yet to be dismissed by the CSK pacer. While RR will hope that this record continues, CSK will surely feel otherwise. 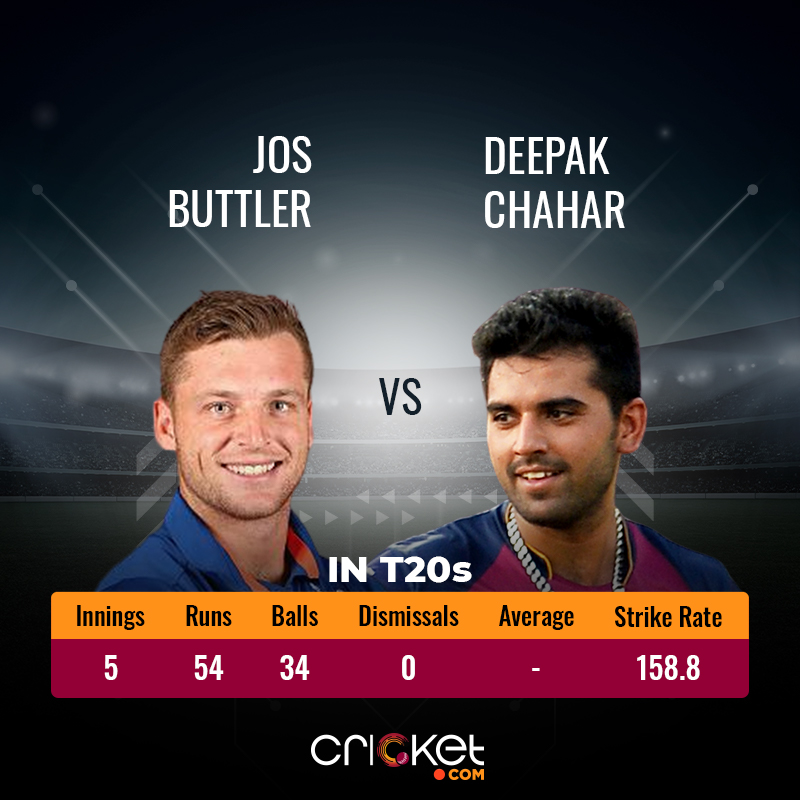 Faf du Plessis may have scored just one fifty from his previous four innings, but he still is the third highest run-getter in the IPL this season with 365 runs at 52.14, with a strike-rate of over 142. While Shane Watson has been moved to No. 3, du Plessis has retained his place at the top and is getting the job done for his team. In the Powerplay, du Plessis has scored 122 runs at a strike-rate of 132.6. However, once he moves past the first six overs, it becomes more and more difficult to dismiss him and CSK will hope that he plays a long innings.

Our Criclytics player projection predicts, du Plessis could score 15-38 runs in this match

Barring his 70 against Mumbai Indians earlier in the tournament, Jos Buttler has not really managed to stamp his authority on the tournament. However, there is no denying that he is one of the cleanest strikers of the ball and RR will back him to come good in the first six overs. Buttler has a strike-rate of 152.70 in the first 10 balls of his innings this season, but has failed to kick on from there, something he would like to rectify in this match.

Our Criclytics player projection predicts, Buttler could score 14-37 runs in this match

Only twice has Jofra Archer failed to pick up a wicket in IPL 2020 and the last time was in the previous match against RCB. However, that does not take away from the fact that Archer has had a brilliant season so far, having picked up 12 wickets at an economy rate of under seven. He has picked up four wickets across all three phases, but an economy rate of 10.3 at the death is something he will look to improve on.

Our Criclytics player projection predicts, Archer could pick up 1-2 wickets in this match

Five of Deepak Chahar’s eight wickets in IPL 2020 have come in the Powerplay. Only Trent Boult with seven scalps in the first six overs has more. While CSK have plenty of options to choose from for the death overs, it is the first six overs in which Chahar is often used and the pacer has done incredibly well. With Dwayne Bravo now injured, it will not be surprising to see Chahar given at least an over at the death. He has bowled four overs in the final phase of the innings and has returned with a couple of wickets and he could very well add to his tally. His variations could also come in handy on a slow surface.

Our Criclytics player projection predicts, Chahar could pick up 1-2 wickets in this match