Chopping and changing is not my way but there was a need for change: McCullum 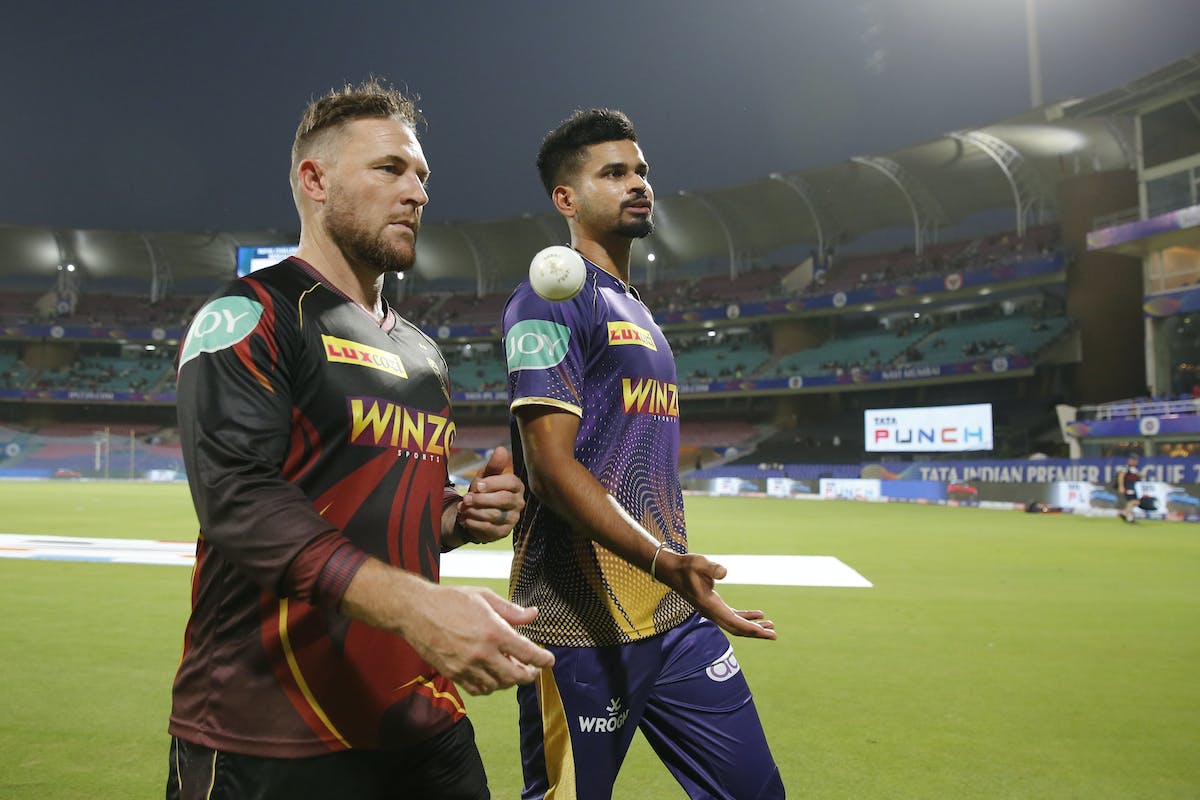 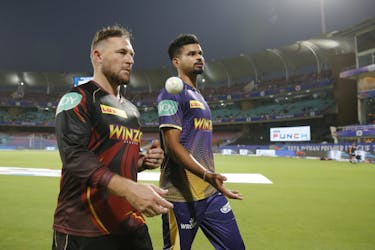 Chopping and changing is not my way but there was a need for change: McCullum

On Monday, KKR made two more changes, but it benefited the side as they registered a handsome 7-wicket win

Kolkata Knight Riders head coach Brendon McCullum, on the back of his side’s 7-wicket victory over Rajasthan Royals, attested that he is not someone who likes to chop and change the side, but insisted that KKR’s season had come to a point where he had to trust his gut and make what he felt was the right calls.

Prior to Monday, no team in IPL 2022 had used as many players as the Knight Riders, and at the Wankhede, the two-time champs handed yet another cap, this time around to young all-rounder Anukul Roy. It was a bold call, for the 23-year-old took the place of Venkatesh Iyer, but the gamble paid off for KKR as the left-arm spinner (1/28) played his part in restricting Rajasthan to a modest total.

Post the victory, skipper McCullum revealed that there have been ‘myriad reasons’ why KKR have had to constantly chop and change.

“We had guys who arrived late, a couple of injuries, a couple of guys who lost form and confidence as well. So there's a myriad of reasons why we've had to make as many changes as we've had,” McCullum told host broadcaster Star after the game.

“Tonight, with Anukul coming into the side because of the nature of the wicket meant that we had to adjust our balance again and we wanted five bowlers. Mavi on this wicket has a good record. It's certainly not my way to keep chopping and changing, but sometimes you have to make the calls that you think are right.”

Heading into Monday’s clash, KKR had lost five on the bounce, but at the Wankhede, the Knight Riders did not play like a side that was short on confidence. Shreyas Iyer’s side were ahead in the game from the get go, and won all the important moments to register their fourth win of the season. McCullum lauded the character of the players, and praised the group for never losing belief.

"Five [losses] on the bounce is no easy feat to pull yourselves out of. I just have to compliment all the guys within the group. I know it's the first year for all the guys in this team but the guys have stuck really close and we could have easily been on the other side of two or three of those games.

“It's not easy to keep the faith sometimes but the boys are able to do it and tonight was a fantastic performance from a couple of guys who are very good friends in particular. Nitish Rana and Rinku Singh, they will grow so much from that performance.”

KKR had an unlikely hero with the bat in the form of Rinku Singh, and the gaffer was full of praise for the youngster, who he revealed ‘sets the vibe and culture of the group’.

“He's an amazing story. He's been around the franchise now for a long period of time. Before the first game that he played, I was lucky enough to spend a little bit of time with him. He knew for his own self-worth and his own career, he needed to make a statement in this competition. He was able to do it in the first game,” McCullum said of Rinku Singh.

“He's such a great team man, a wonderful human being and the real vibe and culture of the group is set by Rinku. His older brother and Nitish Rana as well was out there with him and I think that gave him great confidence. Some players just deserve to have things go their way and Rinku is one of them.”

The KKR head coach also lavished praise on debutant Anukul Roy, who bowled with exceptional discipline and was a live-wire on the field. Playing just the second IPL game of his career, the left-arm spinner impressed, finishing with figures of 1/28 off 4, and McCullum attested that the all-rounder is someone who has ‘got a big future in front of him.’

“He was brilliant, again one of those guys who has been around IPL cricket for a long time without a whole lot of opportunities. But similar to Rinku, he carries himself so well and is able to contribute to the team, even if he's not playing on the field. It was great to see him get an opportunity tonight and I think he's got a big future in front of him,” the KKR head coach said of Anukul Roy.