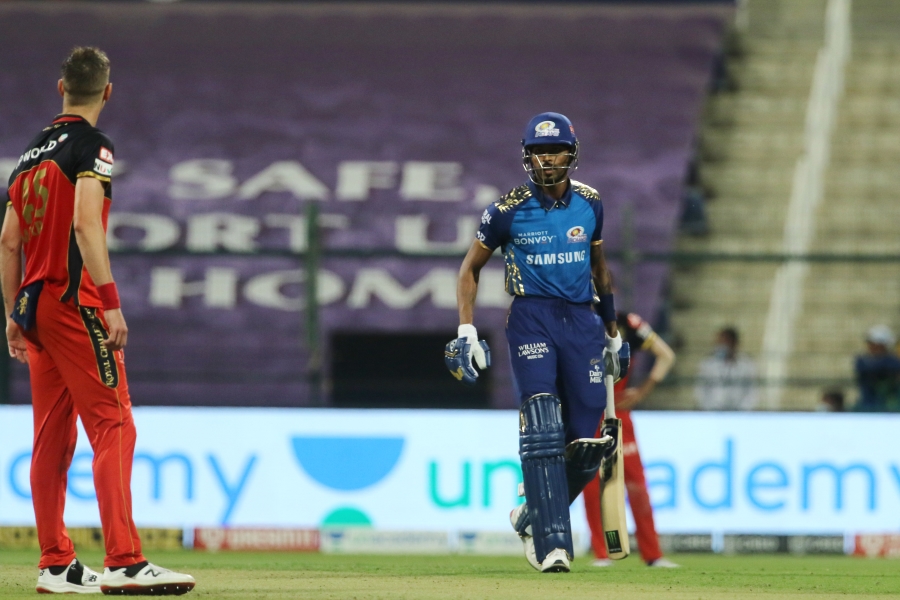 Royal Challengers Bangalore all-rounder Chris Morris and his Mumbai Indians' counterpart Hardik Pandya have been reprimanded for a verbal altercation during their teams' IPL clash here.

The incident took place in the 19th over of Mumbai Indians' chase when Pandya struck Morris for a massive six and gestured towards the South African.

Morris got his revenge when he dismissed Pandya in the fifth ball of the over and gave him a send off. Mumbai Indians' won the match by five wickets.

A press release from the IPL said that both of them admitted to breaching the Code of Conduct.

"For Level 1 breaches of the Code of Conduct, the match referee's decision is final and binding," said the release.

Mumbai Indians are placed top of the table with 16 points, while RCB are second with 14 points from 12 matches. The two teams are all but through to the play-offs.