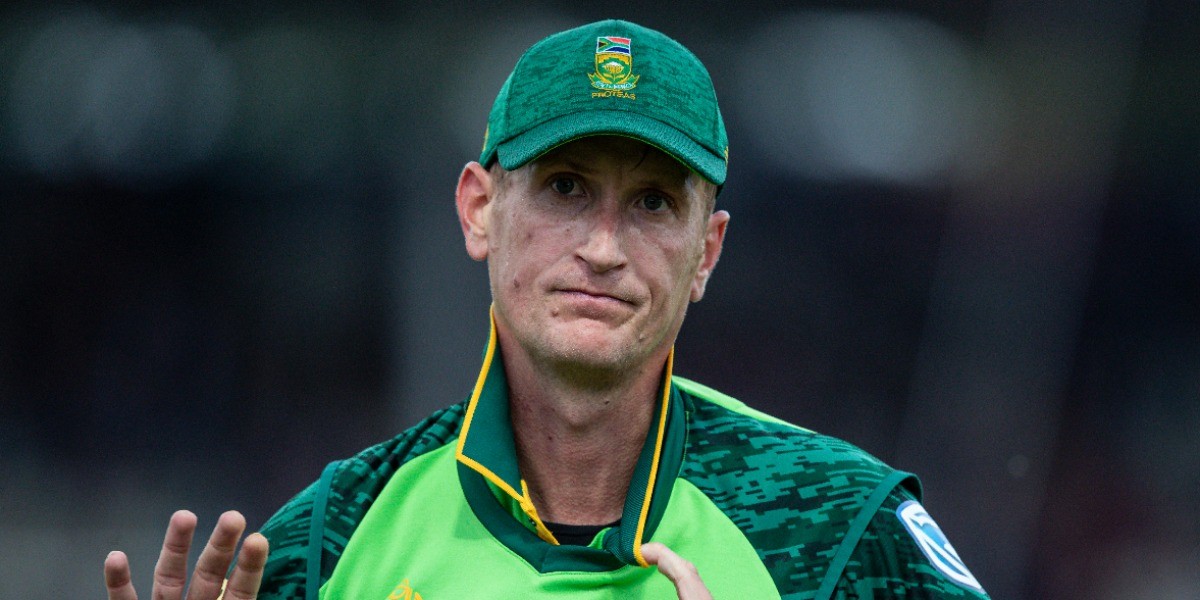 The South African all-rounder, now retired at 34, will take a coaching role with his domestic side, Titans

IPL 2013 auction. Chris Morris’ name comes up for the first time in the IPL circle. Within five minutes, he has secured a pay-cheque of USD 625,000 from Chennai Super Kings, who have signed him at 31 times his base price.

“What is the hype about,” wondered the Indian fans who are not aware of him. Yes, they saw him do well in the 2012 Champions League. Morris snaffled 6 wickets in as many games for Highveld Lions at an economy of 7.61. But 31 times the base price is too much for an overseas player with one international cap. Morris does decently for CSK, picking 15 wickets in 16 matches.

But he misses the 2014 season due to injury. In 2015, Rajasthan Royals fetches him at INR 1.4 crore. In 2016, his stocks rise to INR 7 crore as Delhi Daredevils (now Delhi Capitals) sign him. However, the real deal-breaker is in 2021. Morris becomes the highest-paid player in the auction. Rajasthan shelled INR 16.25 crore to have him back.

It has been nine years now since his international career began and Morris has played only 69 times for South Africa across the three formats. The question persists: What is this hype around Chris Morris?

The answer lies in two points. Believe it or not but Morris is a dream cricketer, especially in the white-ball format. He can clock 140 kph. He can swing the new ball. Nearly 2-meters tall, he can bounce out a batsman. He has a decent yorker for the death overs. That is not it though. On his day, he is a mean striker of the ball. A more than valuable lower-order hitter. He averages 20.1 with the bat at a strike-rate of 150. He is one of the only 10 players to score over 1,000 runs batting at number 7 and 8.

All these factors make him a complete package. In the 2021 auction, Mumbai Indians bid for him till INR 13 crore. The team is owned by Mukesh Ambani, the richest man in India and even he fell short of funds to sign Morris. 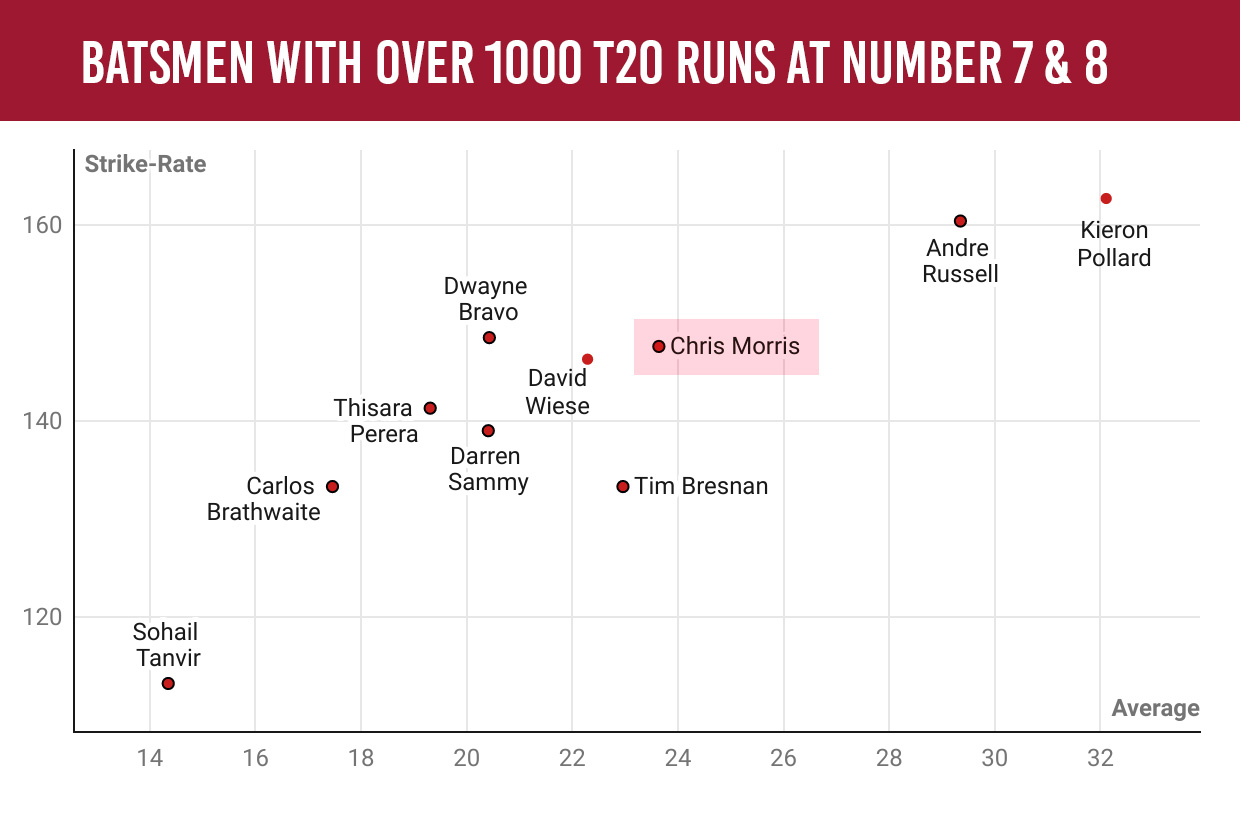 Such players are worth their weight in gold. IPL always showers them with cash, primarily because of the lack of such all-rounders on the Indian circuit. With his talent, Morris should be in demand in most leagues around the globe. And so he was, featuring in the T20 leagues of England, West Indies and Australia.

On Tuesday (January 11), Morris announced his retirement from all forms of the game, at the age of 34. The inevitable question arose - did he fulfill his potential? The answer is probably negative. The first hint is 69 caps for South Africa in a career of nine years.

For someone who didn’t want to be branded as a white-ball specialist, he played only four Tests. Missing cricket in 2014, he was not selected for the 2015 ODI World Cup and joined South Africa’s 2019 World Cup squad only as an injury replacement. He ended an otherwise disastrous campaign for the team as their highest wicket-taker, yet did not play for them again. Morris made himself unavailable for the subsequent India tour and then South Africa never looked at him again. 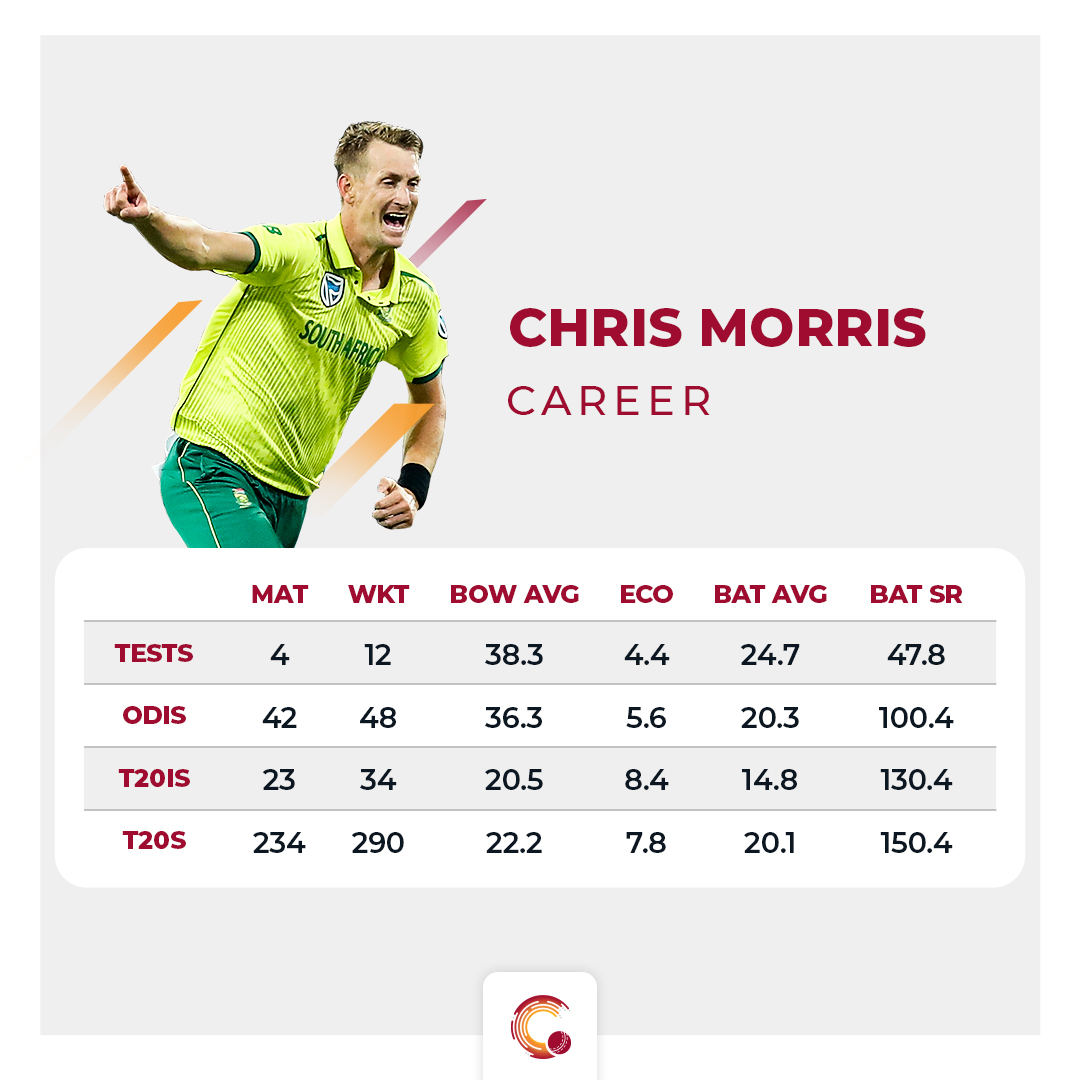 Such ups and downs forged by injuries, inconsistency and lack of communication with the board underline Morris’ career. He played most of his international cricket between 2015 and 2019, a phase coinciding with a dip in South Africa’s performances, as compared to their previous World Cup cycle. Hence, the selectors were impatient too. There may have been the added pressure of quota transformations as well. Between the 2015 and 2019 World Cup, South Africa played 74 ODIs. Morris was a part of only 29 of them.

In February 2018, he featured in each of the six ODIs against India. Flying to IPL, where he was one of the three players to be retained by the Delhi franchise, Morris had an indifferent season - 4 matches, 3 wickets, 10.2 economy. He was not at the best of his fitness and returned home. He did not appear for South Africa again that year barring a truncated T20I in Australia. He was a part of the ODI squad too but others had leapfrogged him in the pecking order for the 2019 World Cup.

In IPL 2019, his nine outings brought inconsistent results - 13 wickets at an economy of 9.3. With the bat, he averaged 5.3 at a strike-rate of 86.5. Subsequently, he was released by Delhi. In a space of 10 weeks, he then went on to become South Africa’s highest wicket-taker in the 2019 World Cup. However, his national contract was not renewed.

"Following his super performance at the World Cup, negotiations began on awarding him a new national contract but by then he had already made other commitments,” he elaborated. While Van Zyl confirmed the door is not closed on the all-rounder, Morris never represented South Africa again. No one, except the two parties, is aware of what happened there. Presumably, it is fair to say that both CSA and Morris never got the best of each other.

It is tough to assume what must be going through Morris’ mind while coming to this conclusion. While there was less hope of a return to South Africa cricket, the introduction of two new IPL teams could have fetched him a decent signing amount in the upcoming auction. But maybe, the body was not ready for the toil.

It is important not to remember him by his last gig - the solitary first-class match versus Boland Rocks or the second half of the 2021 IPL. Or as the highest-paid player in the IPL auction until now. 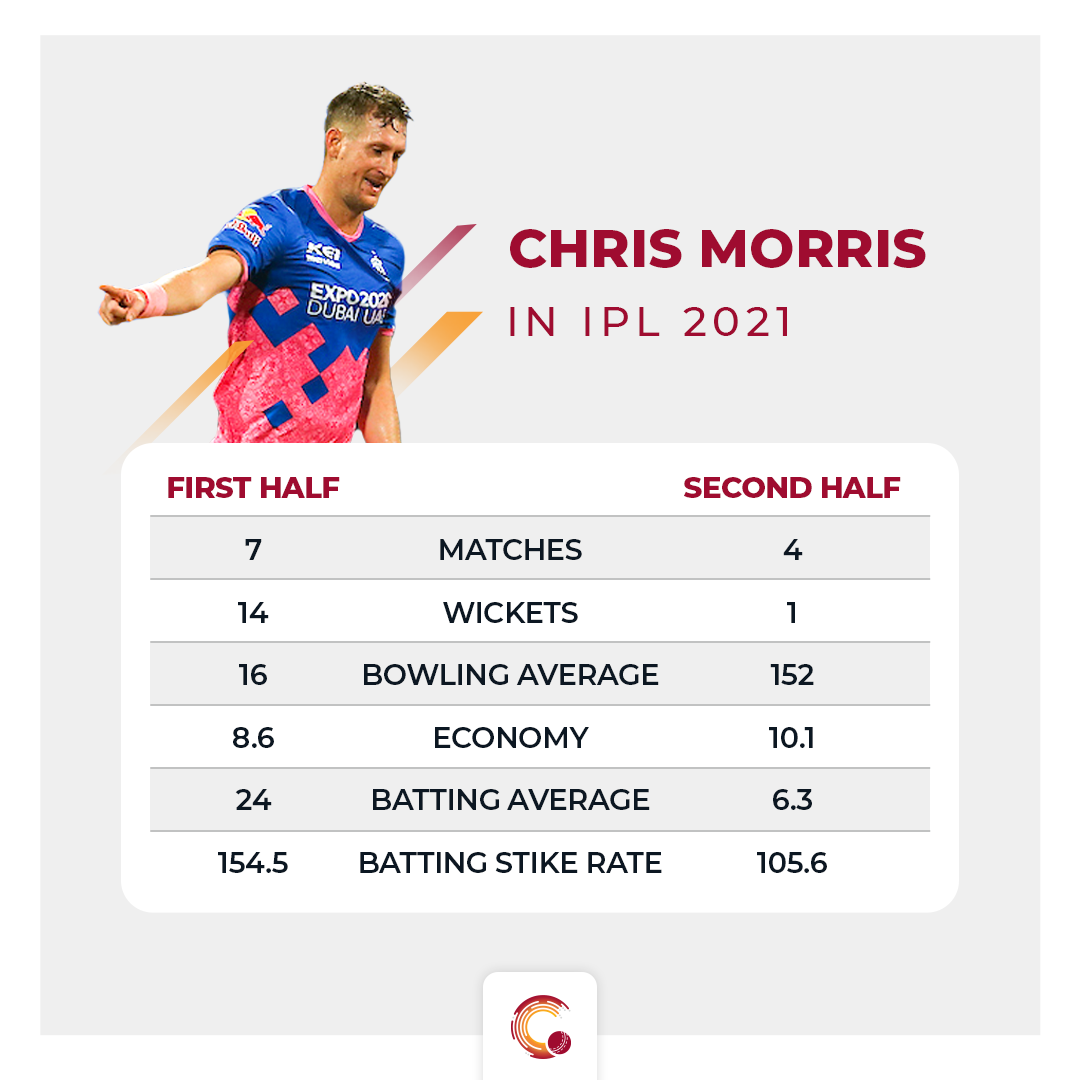 A better way to remember Chris Morris would be his first half of the 2021 IPL. The all-rounder picked 14 wickets in 7 games and scored a match-winning 36* (18) against Delhi. That knock came after his skipper Sanju Samson denied him the strike on the last ball in the previous match. You can also remember him by his unbeaten 38* (9) in IPL 2017. Kevin Pietersen couldn’t contain his childlike excitement in the commentary box at Morris’ bat swing. There is his 82* (32), one of the best IPL knocks in a losing cause. Or the 62 (38) in a brilliant run chase against England in 2016.

Exhilarating to watch when at full tilt, it was not surprising when Morris declared himself retired. AB de Villiers, Vernon Philander, Morne Morkel announced retirements by 34 due to various reasons. While all of them left behind a legacy, Morris has vastly underachieved. 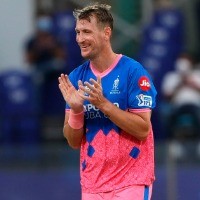 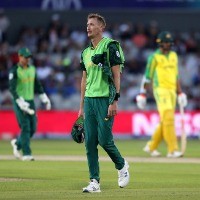 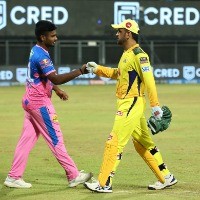 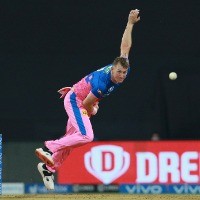 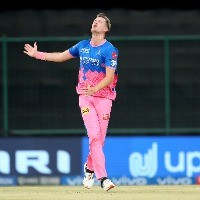 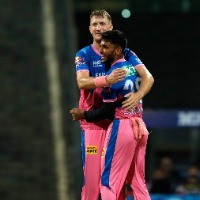 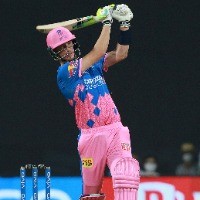 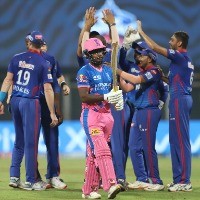 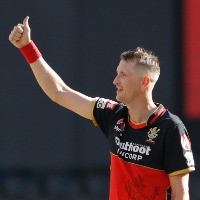