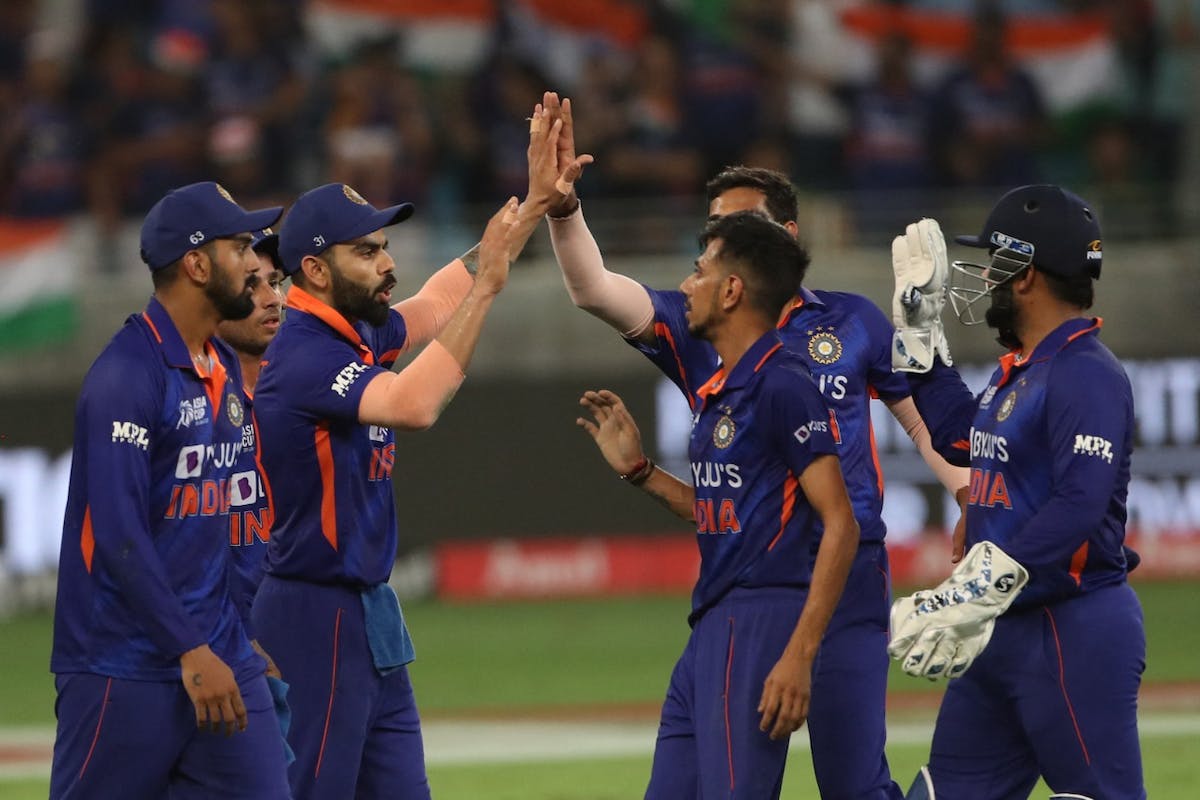 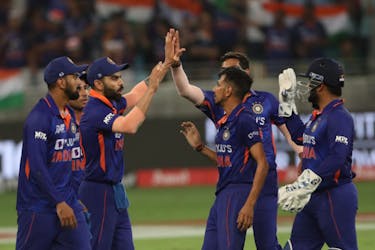 India captain Rohit Sharma said that the team for the 2022 T20 World Cup in more or less locked as he spoke about the combinations he wanted to try ahead of the showpiece event in October.

India rotated their bowling lineup against England and in the ongoing Asia Cup as Rohit revealed that he wanted to see how things work out with three seamers in the lineup.

"If you look at our combination before Asia Cup, we were playing of four seamers, two spinners and the second spinner was an allrounder. I always wanted to try to see what happens if we play with three seamers, three spinners," he added.

With the home T20I series against South Africa and New Zealand left to be played before the World Cup, Rohit said the playing XIs will be locked very soon.

"We have been finding answers in the past few series and in the future, we will draw the line and say 'this is the combination we are gonna play'. I don't know when the team for the World Cup will be announced, but we will try a few more players," he said.

In the clash against Sri Lanka which India lost by six wickets, Rohit said he held back bowling Deepak Hooda as openers Patthum Nissanka and Kusal Mendis were set.

"We have six bowling options, but like I said, we wanted to play five bowlers. Today, they had two right handers who were set, so we couldn't bring in Deepak Hooda. Had we got a wicket early, we would've bowled him," he said.

After dropping Rishabh Pant in the group-stage tie against Pakistan, India played without Dinesh Karthik in the Super Four. Rohit said that the requirement of a left hander in the middle order was the only reason to drop Karthik.

"We wanted a lefthander in the middle and that's the only reason DK is out. Not because of form or anything else. We have already told DK about the flexibility and these changes will keep happening," Rohit said.

Arshdeep is confident than most at his age

Pacer Arshdeep Singh was subjected a barrage of hate messages on social media after dropping a crucial catch against Pakistan which India lost by five wickets. Despite the disappointment, the leftarmer stepped up to bowl the final over against Pakistan and Sri Lanka where he was left with 7 runs to defend.

Rohit said that the drop catch and the backlash has not affected the 22-year old at all as he praised the youngster's his confident approach.

"The guys in here don't look at social media that much. There is too much nonsense happening. Few games here and there and one dropped catch (happens)," Rohit said.

"He was disappointed in himself (after dropping the catch), but came out and bowled the last over well to get Asif Ali out. If he was mentally down it wouldn't have happened because he ran up to his mark and wanted to bowl that last over. He is a very confident lad, which a lot of others weren't at his age while playing for India. Me and Rahul (Dravid) bhai are very happy with his game," he added.