The three ingredients behind Tewatia's comeback for the ages 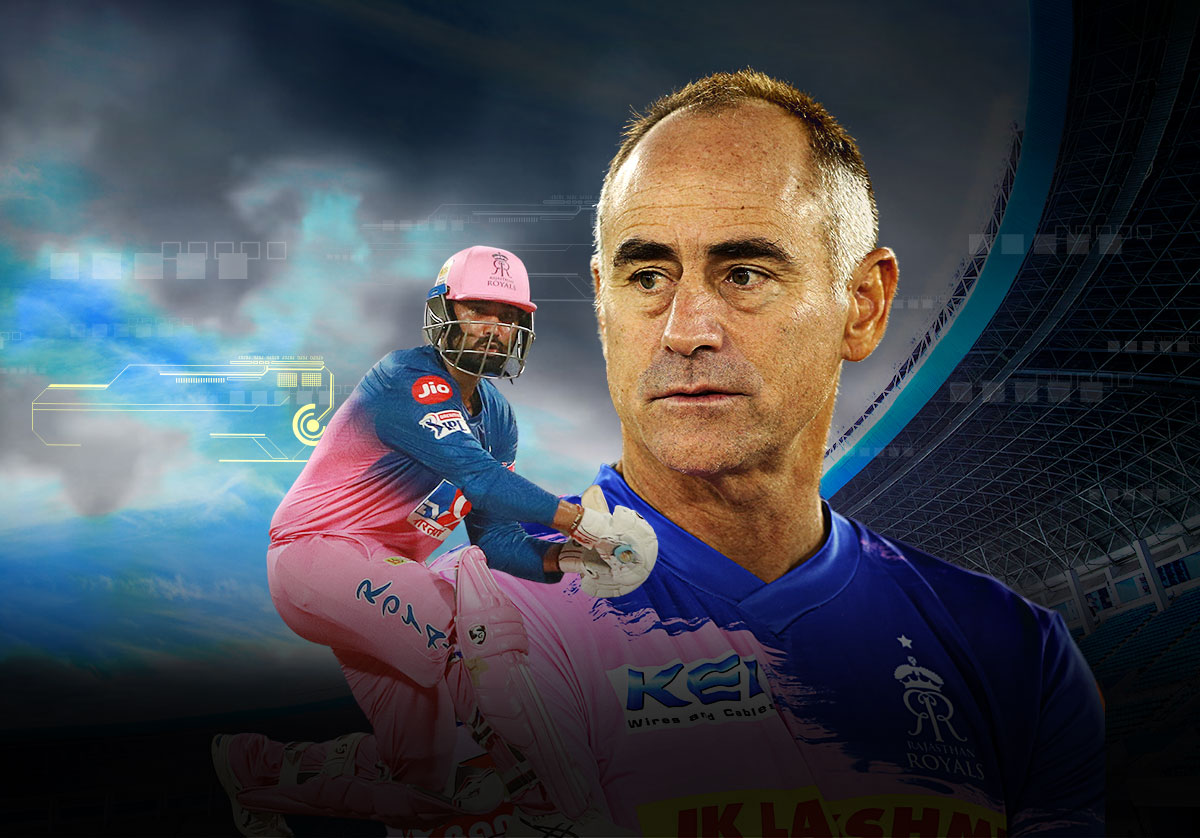 The three ingredients behind Tewatia's comeback for the ages

Taking a cue from his experience with RR, Paddy Upton talks about the role of confidence, man-matching and luck in a player's success

Apparently, most people are guilty of “the storytelling problem”. According to Malcolm Gladwell in his book ‘Blink’, this happens as a result of us being too quick to come up with explanations for things we can’t have explanations for. And when we do, we use our favourite theory.

This is certainly true for Cricket. Ask five of the world’s best batsman what the key tips are for playing a successful cover drive, and you’ll hear five different answers. I listened to three incredible cricket brains in Sachin Tendulkar, Gary Kirsten and Eric Simons commenting on Gautam Gambhir’s cover drive whilst I was throwing to him in the nets. Gautie had a minor technical flaw he was working to rectify, and each of these three people saw exactly the same thing, but they had completely different explanations. All were correct, but none were correct for Gambhir.

Which brings me to Rahul Tewatia. His recent innings against Kings XI Punjab started like a shy teenager on his first date and finished at the speed of a winning Formula-1 race car.

I coached Tewatia last season at RR, and in sharing a few things about him and his knock, I’ll risk falling for the storytelling problem by talking about confidence, man-matching and luck.

Many say confidence is really important for success in sport. It is, but it’s a fragile building block of success, mainly because it’s a temporary experience that is attached to results. Good results build confidence and poor results undermine it. In his brief 22-match IPL career, Tewatia has had his confidence boosted by a few high-impact performances. He has also failed to deliver in some games, which would have seen his confidence being undermined. His recent 31-ball 53 against Kings XI delivered a healthy dose of both. His first 19 balls (8 runs) may have seen him feeling like that terribly awkward teenager on his first date, and the second half would have left him feeling like a Royal prince.

A far better building block for success is self-esteem, which unlike confidence, remains consistent regardless of high or low results. Building self-esteem takes a long time, and it’s a very powerful source that both underpins success and helps navigate through and beyond failure. Tewatia will be feeling very confident, but if he relies on confidence alone, it will only take him as far as his next failure. 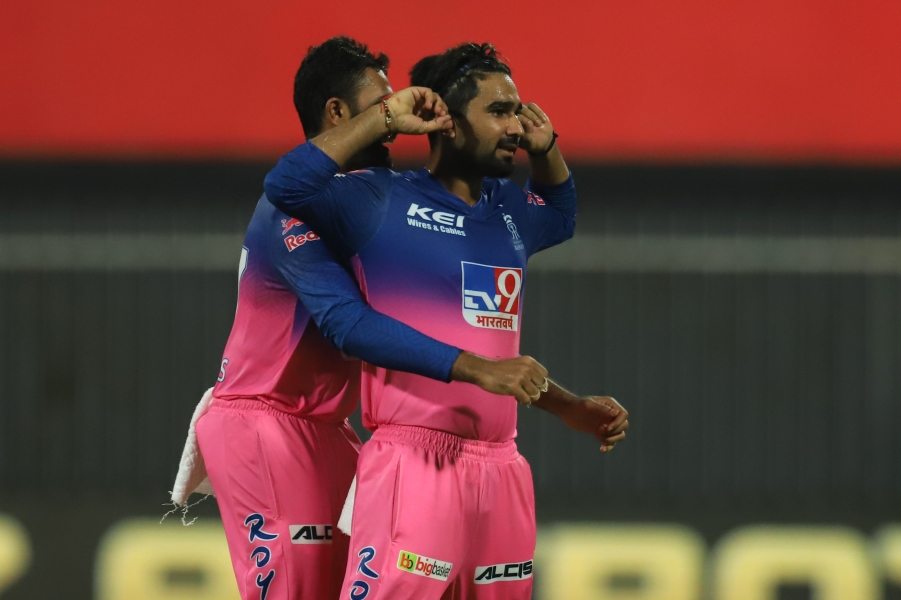 Man-matching has been a hotly debated topic in coaching circles and in IPL teams for the past decade. The topic is still unresolved amongst the games smartest brains. It’s debated whether the best T20 strategy is for players to consistently and predictably bat and bowl in the same positions each game, or to change when they bat and bowl according to which opposition players they are up against. The latter has been called ‘man-matching’, or a ‘horses-for-courses’ approach.

Leaving a player to bowl his usual overs and bat in his usual batting spot allows him to become familiar in these roles, and which over time leads to a level of mastery of that particular skill at that time of the game. The disadvantage is that opponents can predict these plans and are able to plot their counter-attack. Man-matching on the other hand provides the opposite upside and downsides. The upside is that a team that uses man-matching is unpredictable with their in-the-moment decisions to pit their strengths against opposition weaknesses. The downside is that players are asked to be very flexible and adaptable – which can make things unpredictable and unsettling for them.  More routined and structured players tend to struggle with this strategy.

Rajasthan Royals opted for man-matching approach when they sent Tawatia to bat at No 4 against Kings XI. This is a familiar strategy for those who have followed RR closely.  His role as a left-handed batter was to neutralise the leg-spin bowlers as it’s easier to attack a spin bowler when the ball is turning into the bat, than away from it. Kings XI responded by not bowling the leg spinner, opting to pit Maxwell’s off-spin against the left-hander, with the ball leaving his bat. This tactic backfired on the Royals as Kings responded by counter man-matching the move, which saw Tewatia score only 8 of his first 19 balls. Had Kings got him out at this point, Royals would have been left with egg on their face with coach Andrew MacDonald needing to explain critics why they sent Tewatia in when they did. 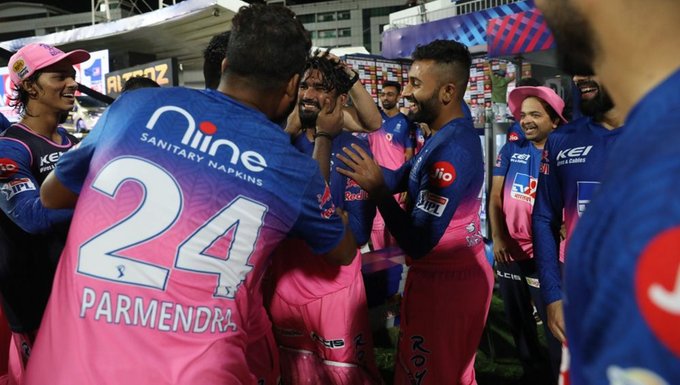 The third aspect, which I think is closely related to man-matching, is luck. I believe there is more luck in T20 cricket that many people grant credit. One of the reasons that it doesn’t get much airtime is because whenever a team wins or a player does well, they almost always offer a story to explain what they did well. They use the exact science of hindsight and aspects of the storytelling problem, which sounds much better than ‘I was lucky”. The reality is, even in the previous games when that player didn’t do well, they still would have employed the same strategy. Why didn’t it work in those last few games then, but did work now? Luck plays more of a part than we might think.

Like so many others, Tewatia is in part a confidence player, getting his tail up when he does well and dropping in confidence when he doesn’t. He certainly tries his hundred percent best at every single practice and every single game to do everything he can for the team. His confidence will now be up. The Rajasthan Royals policy of man-matching (just) got to survive another day, and luck has been given a little more airtime in this article. That said, Gary Player was quite right when he said the harder you practice, the luckier you get.