Consistency is the most important thing in terms of calling wides: Sangakkara 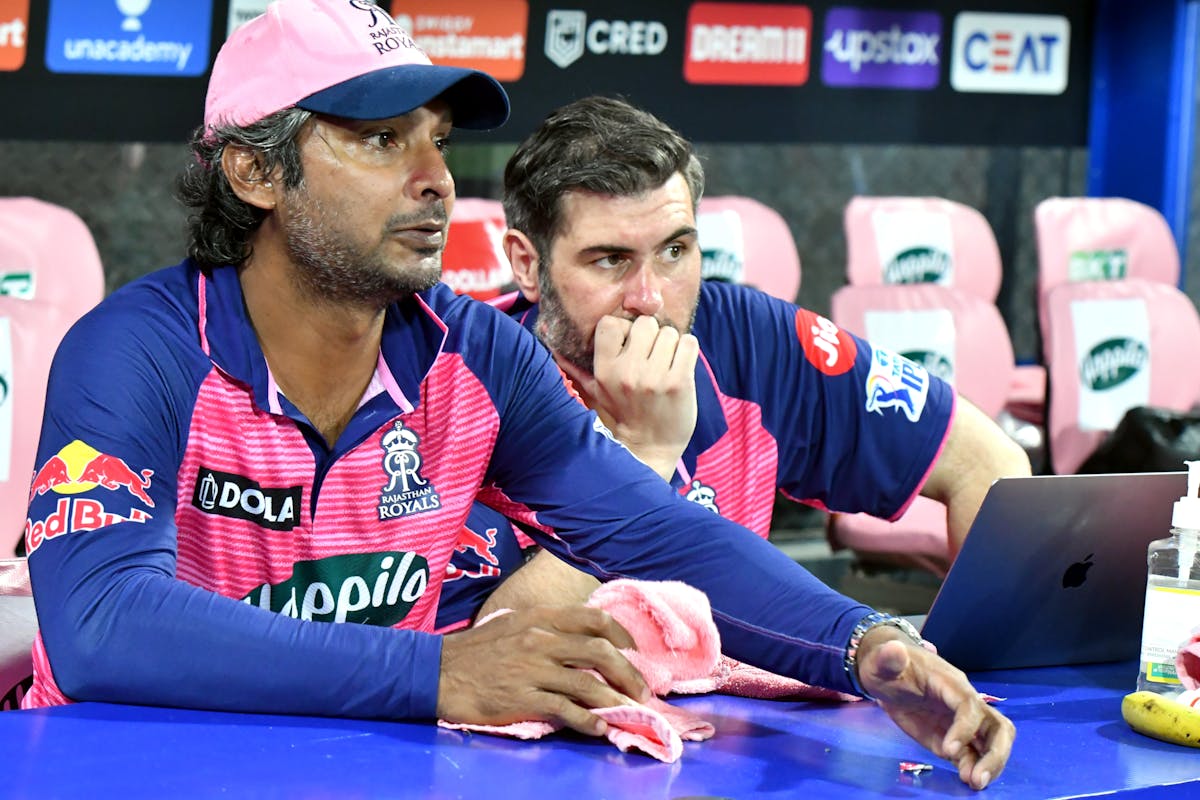 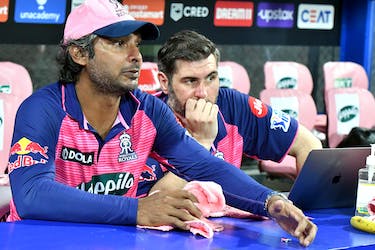 Consistency is the most important thing in terms of calling wides: Sangakkara

On Monday, Sanju Samson was left frustrated with on-field umpire Nitin Pandit who signaled three wides in the penultimate over

Rajasthan Royals’ Director of Cricket and head coach Kumar Sangakkara feels that the umpires should be more consistent while calling wides. Every team has adopted the tactic of bowling towards the blue tramline to keep the ball away from the batsman’s hitting arc during the death overs. That leads to a lot of dubious wide calls.

The suspicion increases with the batsman’s shuffle across the stumps. Some umpires stick to the tramline to signal a wide. Others acknowledge the shuffle to adjudge it as a legitimate delivery.

On Monday (May 2), Rajasthan skipper Sanju Samson was left frustrated with on-field umpire Nitin Pandit who signaled three wides in the penultimate over of the second innings. Such was his agony, he went upstairs for a non-existent caught behind with the hope of the reversal of the wide decision. Alongside confirming it wasn’t out, the replays suggested it shouldn’t have been a wide as well. But considering the subjective nature of the decision, it wasn’t overturned.

"Consistency is the most important thing in terms of calling wides. There are some new rules where you can’t create a wide, but destroy a wide by moving around the crease and before the delivery is made, any movement that you make becomes a starting point for the wide line to start moving," Sangakkara said in the post-match press conference.

"It’s what it is at the end of the day, but at the same time, we’ve got to realise that we didn’t play good enough cricket in the last two games."

Rajasthan, who won six of their first eight encounters, have now lost their last two matches but are still placed third in the points table. Sangakkara said the batting unit will have to take up more responsibility and put up good totals on the board.

“Two scratchy games, we didn’t get enough runs on the board. Against Mumbai, we were 130/4 with four overs to go and 170 should have been on the board. Today, we just got a little bit bogged down in the middle overs. Sanju batted really well and (Shimron) Hetmyer, at the backend, got us to some sort of respectability,” he stated.

“The bowlers in both games did their utmost to take us into the last over. But a lot to improve on, and a lot to think about for the players and all of us and get better as we get into the next game.”