Cornwall shines on a day for spinners

Cornwall shines on a day for spinners

Data suggests that West Indies pick most of their wickets with pace. They also suggest that Afghanistan batsmen are excellent players of spin bowling. On Wednesday (27th November), however, all those statistical stereotypes came tumbling down to the sluggish nature of the Ekana Stadium’s pitch in Lucknow that became the 121st Test venue.

The rotund all-rounder, Rahkeem Cornwall, playing only the second Test of his career, took centre-stage notching up seven wickets with conventional off-spin bowling. Taking advantage of the slowness of the track, Cornwall kept flighting the ball in the off-stump channel troubling the Afghan batsmen constantly since his introduction to the bowling attack in the ninth over of the innings.

Earlier in the day, Jason Holder’s decision to bowl first after winning the toss on a muggy Lucknow morning raised a few eyebrows. Since 2018, only the home sides, i.e, India (thrice) and Afghanistan (once) have been able to win a Test after bowling first in the Indian conditions. The fact that West Indies fielded with only two pacers and potentially three spin bowlers made the decision look more preposterous.

There was little help from the track for both Holder and Kemar Roach - the two bowlers among the top 10 fast bowlers in Test cricket since 2018 on bowling strike-rate. The Afghan openers, Javed Ahmadi and Ibrahim Zadran, looked in their comfort zone until the ball was thrown to Cornwall.

The offie struck in his third over dismissing Ibrahim who opted for an unfruitful sweep shot that flew to Jason Holder at leg-slip. The Windies skipper, who had struggled to make an impact with the ball so far outstretched his left-hand to take a diving catch to inflict the first blow on the home side.

Afghanistan still seemed in control as Ahmadi and Ihsanullah Janat continued batting sensibly. Ahmadi, in particular, was growing in confidence with each passing minute at the crease and played some delightful strokes before turning over-aggressive in an attempt to clear the boundary rope against the left-arm spinner, Jomel Warrican. Batting on 39, Ahmadi chose the poor option of clearing the long-off fielder, the only fielder stationed in the deep at that point handing an easy catch to Shamarh Brooks. Considering that it was only minutes before lunch raised more questions on his shot selection.

From then on, it was the Cornwall show. In the last over before lunch, he dismissed Ihsanullah to restrict the home side to 90 for three. Post lunch, Cornwall, bowling unchanged, picked a wicket each in his next three overs. From a position of 84 for one, the Afghans were down to 98 for six watching Cornwall celebrate his maiden five-wicket haul in international cricket. They sunk further to 111 for seven when Holder dismissed his opposite number, Rashid Khan.

Wicket-keeper batsman, Afsar Zazai paired up with the debutant, Amir Hamza bringing some stability to Afghanistan’s falling innings. The pair batted cautiously, especially against the threat of Cornwall to stitch a 54-run partnership for the eighth wicket. Like in the first session, Cornwall struck in the last over before tea as well. After batting efficiently for 32, Zazai shouldered arms to a straight delivery from the off-spinner targeting his stumps and was adjudged lbw.

Cornwall and Holder shared a wicket each in the final session of the day’s play bundling out the home side for 187. However, given the nature of the pitch that aided turn and bounce to Cornwall in the first session itself was enough to keep Afghanistan in the game owing to their quality spinners.

Amir Hamza, who had earlier steadied the ship with the bat in a significant eighth-wicket partnership with Zazai, struck the first blow for Afghanistan. Kraigg Brathwaite, who is having the worst year of his batting career (a batting average of 17.7 in six Tests), missed a straight delivery anticipating it to turn.

Shai Hope, West Indies’ best batsman of spin in ODI cricket (a batting average of 98 against spinners since 2018) surprisingly has a sorry record against the tweakers in Test matches (batting average of 25.8 against spinners since 2018 before today). Rashid Khan added to his agony with a ripper, inducing an outside edge after pitching the ball on middle stump which was pouched safely by Ihsanullah at first slip.

John Campbell and Brooks, with a combined experience of seven Tests, batted with resolve to see West Indies through to stumps at 68 for two and hence, setting up an exciting day 2. 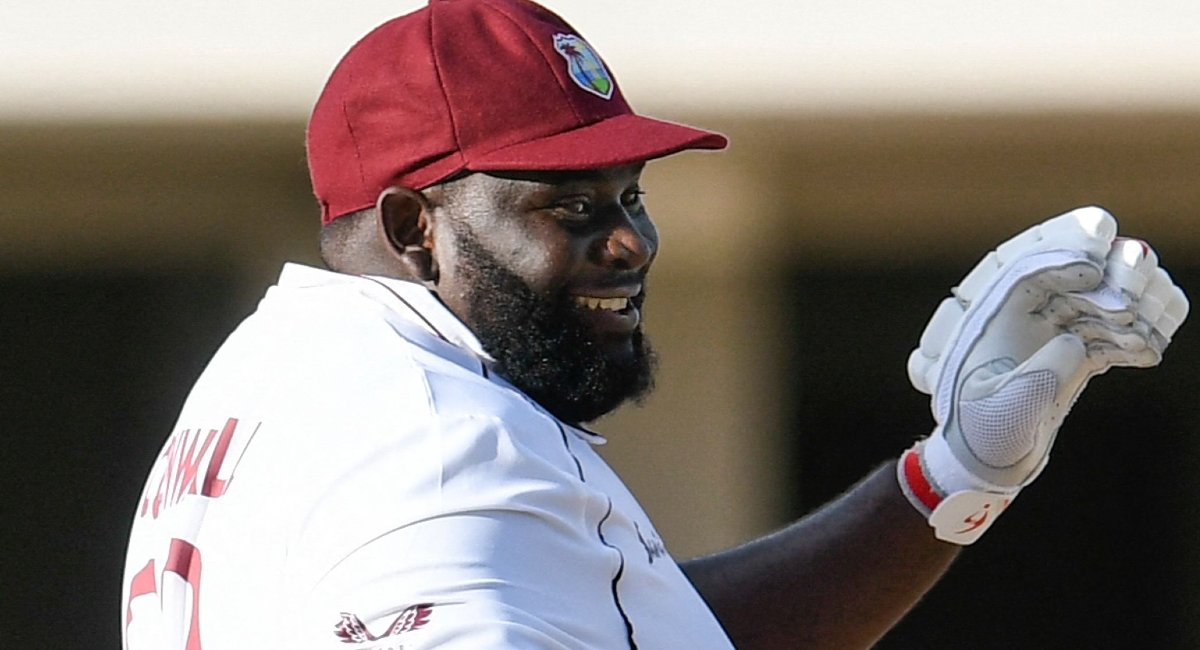 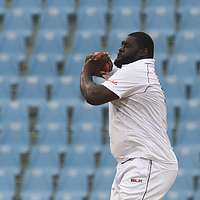 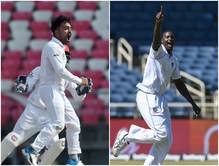 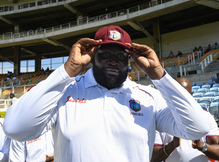