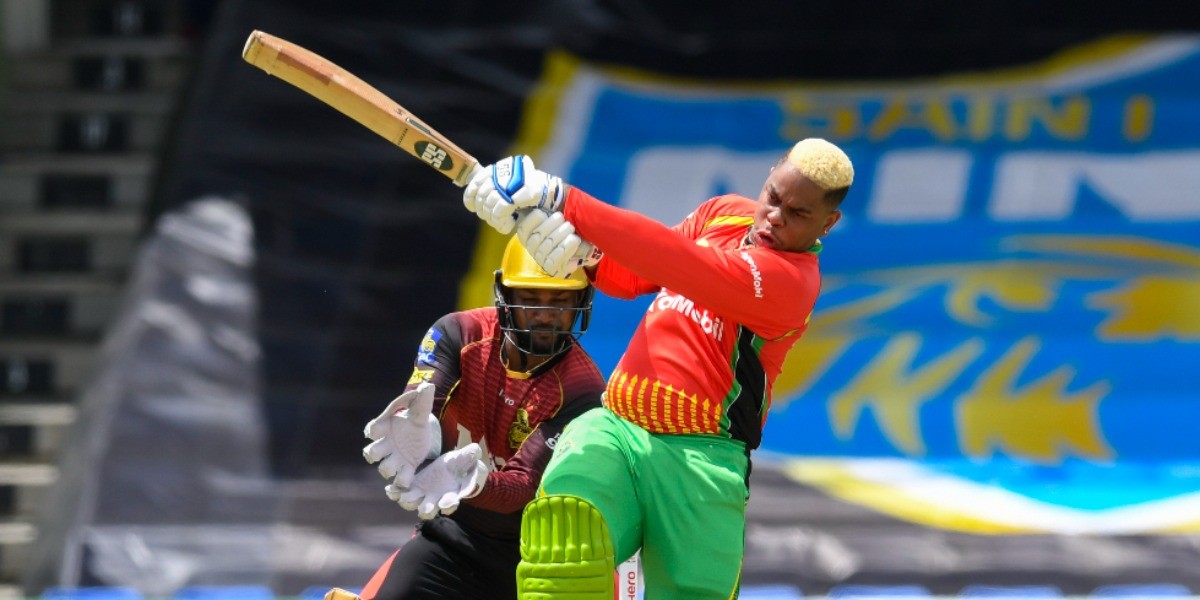 Guyana Amazon Warriors kicked off the Caribbean Premier League (CPL) 2021 with a nine-run win over defending champions Trinbago Knight Riders on Thursday at the Warner Park. Shimron Hetmyer laid the foundation with a 41-ball 54 while Odean Smith added 24 runs in 15 balls as Guyana reached a respectable total of 142/7 in 20 overs.

Trinbago looked set to chase down the target early in the innings, but disciplined bowling from Smith (2-10), Imran Tahir (2-12) and Romario Shepherd (3-15) prevented them reaching it.

After being put in to bat by Keiron Pollard, Guyana openers Brandon King and Chaderpaul Hemraj struggled to score on a tricky pitch and were back in the hut just a ball after the powerplay. Smith scored two boundaries and a six before being dismissed by Sunil Narine in the eighth over. Guyana skipper Nicholas Pooran sent veteran batsmen Shoaib Malik (2) and Mohammad Hafeez (8) ahead of him, but it did not work. Pooran (12 off 10 balls) added 16 with Hetmyer before sent back by Ravi Rampaul in the 18th over. Hetmyer then took 11 run off Isuru Udana's penultimate over and 14 off Jayden Seales' final over.

Trinbago openers Lendl Simmons and Colin Munro began aggressively but returned back by the end of fourth over. Narine and Tim Seifert continued the charge as they took the score to 50/2 by the end of powerplay. However, Guyana bowlers stifled the run flow as they didn't concede a single boundary between overs 9-16. Denesh Ramdin (28 off 25 balls) launched a late counter attack while Akeal Hosein (22 off 12 balls) hit Naveen-ul-Haq's final over for 22 runs, but it was not enough for the holders.