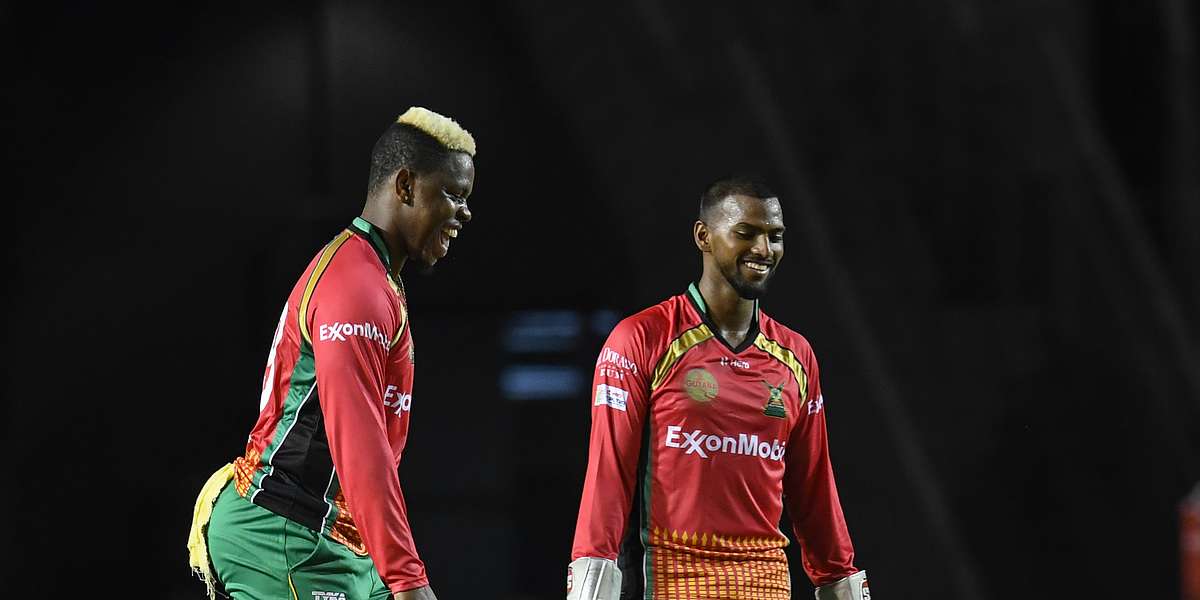 In the last match of the first leg at Brian Lara Stadium, Guyana Amazon Warriors (GAW) will take on the St Lucia Zouks (SLZ) before the action shifts to Port of Spain. Zouks after a losing start against Tallawahs, came back strong in their second match against Tridents. As for Guyana, they lost the opener against Trinbago but, crawled to victory against the Patriots in their second match. When it comes to Warriors vs Zouks, the former have been victorious in nine out of 13 encounters. 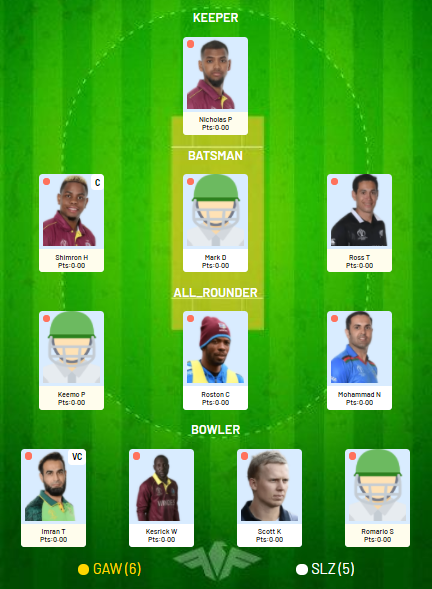 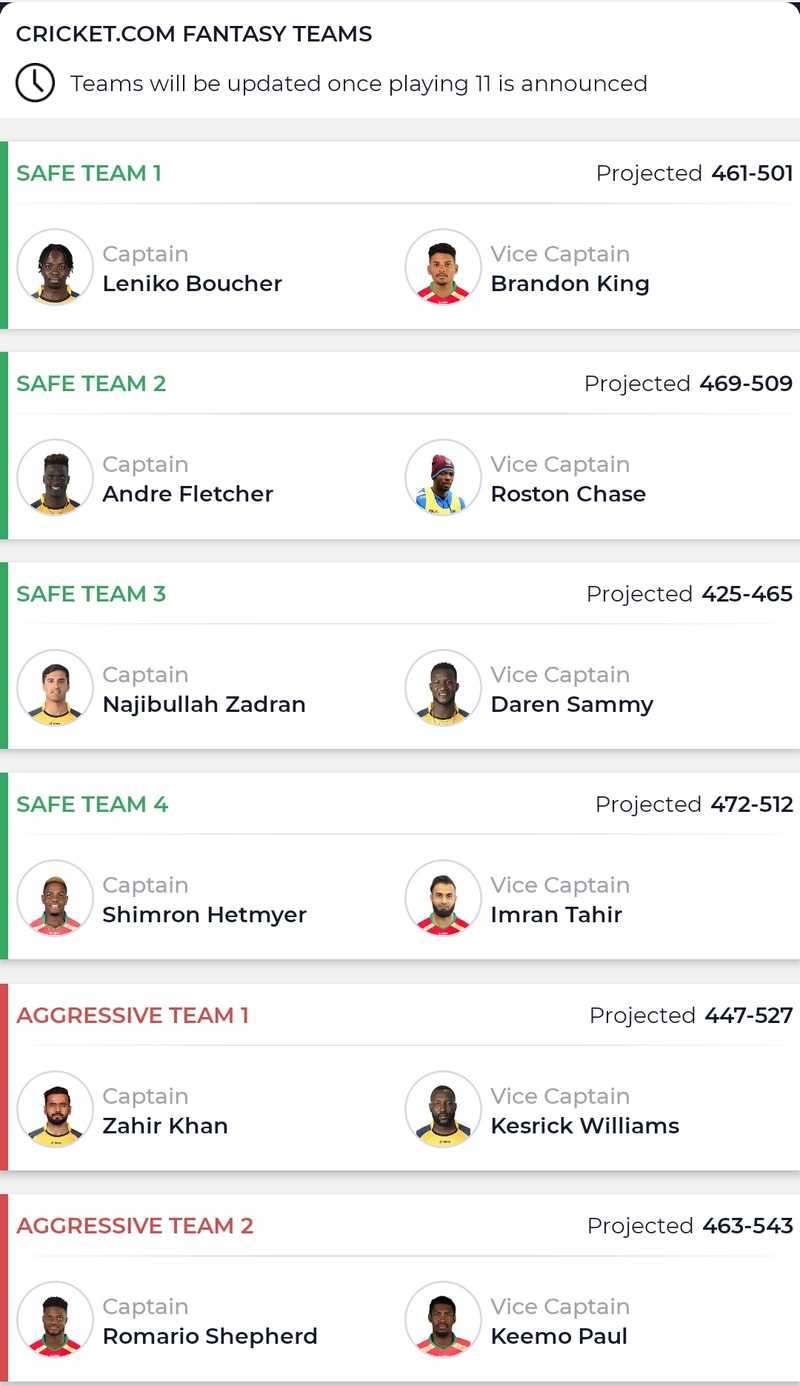 In the first six matches of the tournament played at the venue, it’s been evident that it is tailor-made for bowlers. In a world where the pitches are favouring batsmen, especially in white-ball cricket, it is a rarity. 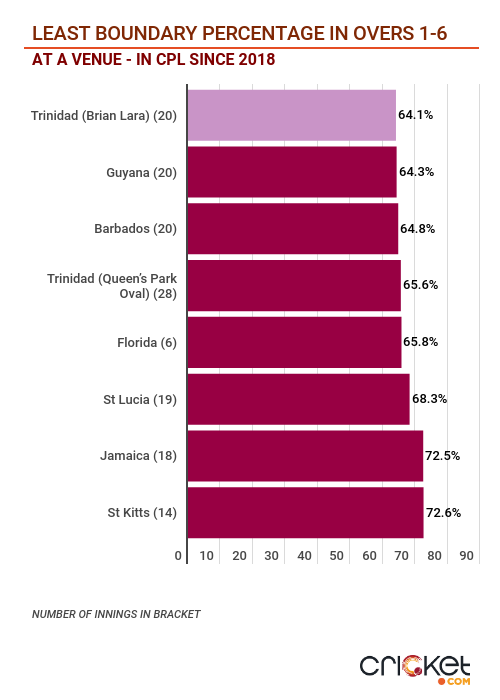 Just like the pre-tournament stats suggested, both pacers and the spinners have equally enjoyed success till now this season. The balls per dismissal ratio for pacers is just a tad better than the spinners. They have picked up a wicket every 19.2 balls here this season as compared to spinners who have returned every 19.9 balls. The spinners though have a much better economy rate.

How much ever friendly the pitch might be for the bowlers, there are a few batsmen who have defied the odds and have been exceptional. Shimron Hetmyer is certainly one of them, hence his selection is mandatory among batsmen. The youngster Mark Deyal and Ross Taylor is the other option.

Roston Chase and Mohammad Nabi are the must have all-rounders. Both of them have been a vital cogs in the Zouks set up. Keemo Paul who is the joint highest wicket-taker with 5 wickets and an economy of less than 6 will also be a red-hot pick.

Imran Tahir leads the bowler’s selection, especially with the kind of form he is in. Scott Kuggeleijn has been among the wickets in both the matches and so has Kesrick Williams. Kesrick Williams good record against the Warriors can also be one of the criteria of consideration.

The dashing lower middle-order batsman has found his difficulties against Obed McCoy in T20s. In the 4 innings he has faced him, the left-arm pacer has bagged him thrice. 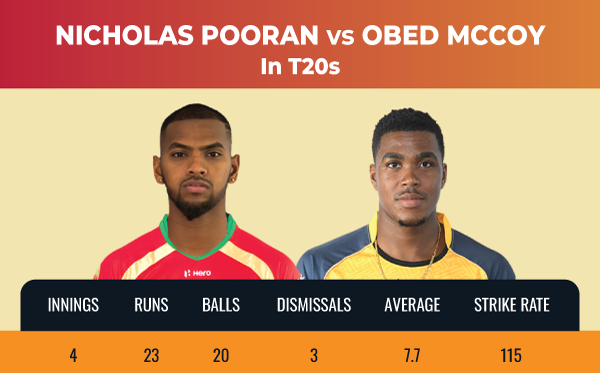 The experienced finisher from Afghanistan certainly has his troubles against the young Paul. In the 12 balls, he has faced Keemo, Nabi averages just 4.0 with three dismissals against him. 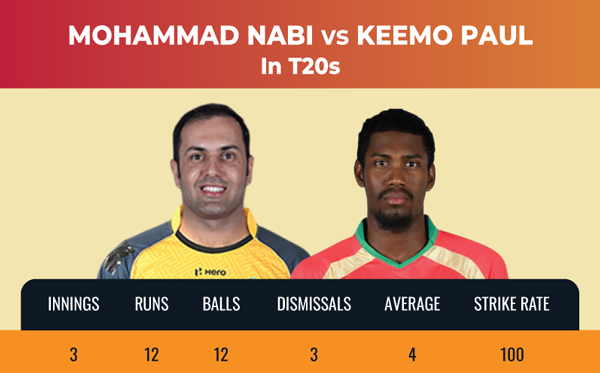 In the battle between these two, Tahir comes out on top. It's just not about losing wickets to Tahir, Fletcher has struggled to score runs even after facing over 20 balls. He has a strike rate of 39.1 against Tahir in 4 innings. SHIMRON HETMYER: With almost all the batsmen struggling to score runs on a tricky pitch and some crafty bowling, Shimron Hetmyer has been a class-apart. In both the matches the left-hander scored a half-century and hence, he is the highest run-scorer in this season of CPL. 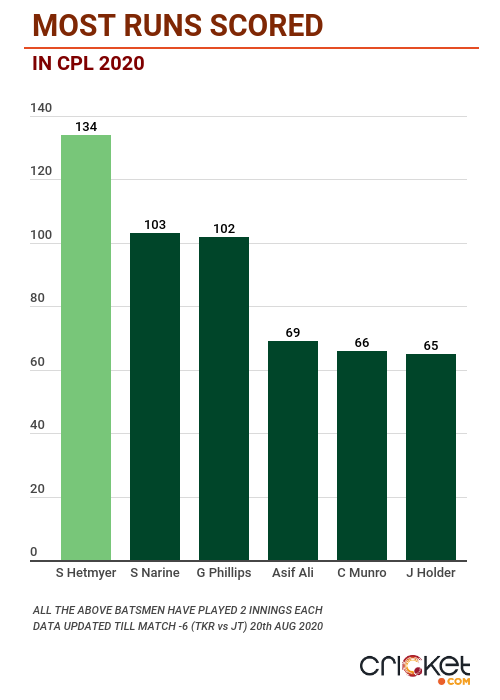 There is no element of doubt about his selection in the team and he would be our suggested captain.

Our Criclytics player projector suggests he would score around 13-36 runs.

IMRAN TAHIR: The leggie has been a tormentor to all class of batsmen in T20s. Since 2018, his 152 wickets are the 2nd most by a bowler. Among the top 6 wicket-takers in T20s since 2018, Tahir is a level higher than others. His average and balls per dismissals both are the best in that lot. 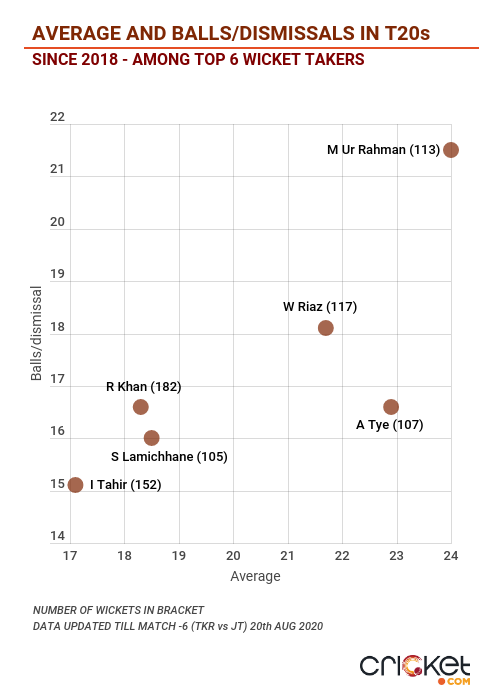 Apart from Nabi, none of the other batsmen from the current Zouks squad has a decent record against the likes of Tahir. Certainly, this advantage makes him the hot favourite in the fantasy team.

Our Criclytics player projector suggests he would bag 0-3 wickets

ROSTON CHASE: Chase has been the go-to man for West Indies in the longer format of the game. For Zouks as well his role isn’t different.

In the first match, he showed his skills with the bat but wasn’t in a winning cause. In the second match, he bagged two wickets to keep the Barbados total to a minimum. His all-round skills are second to none and aren’t to be ignored. Being an allrounder, Chase is one player who can fetch you a lot of points with both bat and ball.

KEEMO PAUL: Since 2018 in T20s, Keemo Paul has been in a good run of form. The young fast bowler has bagged 55 wickets at an average of 23.4 and a balls/dismissal ratio of 16.3. He is among the top five wicket-taking West Indians in T20 since this time. In this season as well, Keemo’s form has hit a purple patch. He is the joint highest wicket-taker in this season of CPL with 5 wickets.