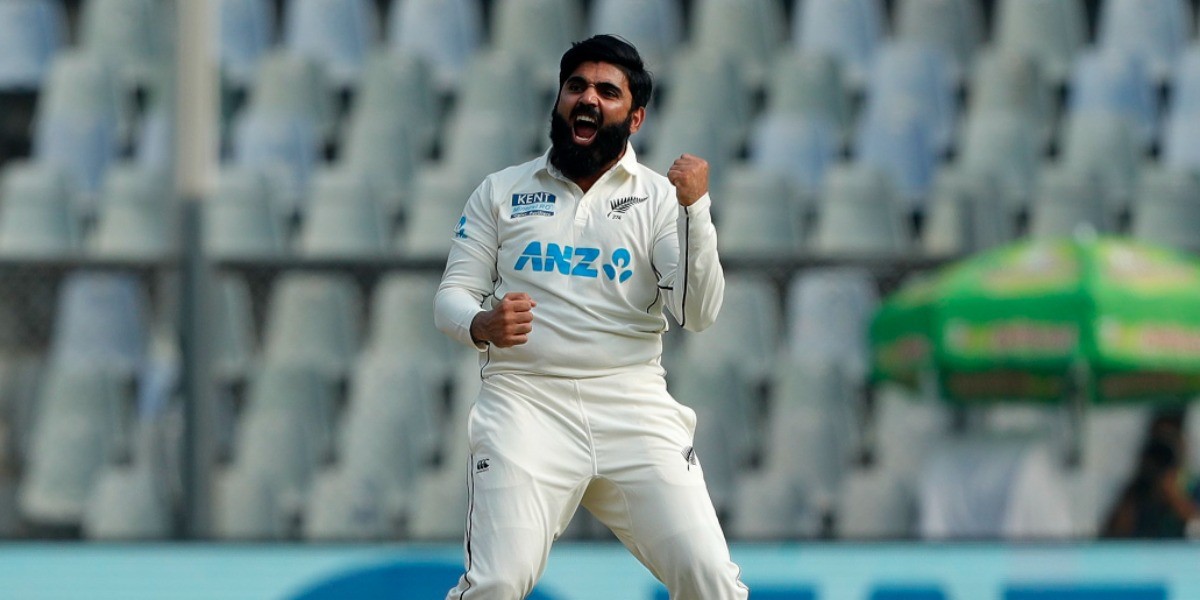 "Unreal", said a stunned cricket fraternity as New Zealand left-arm spinner Ajaz Patel became only the third bowler in the game's history to grab all 10 wickets in a Test innings, joining Indian great Anil Kumble and England's Jim Laker in a select club.

The Mumbai-born Patel achieved the feat on the second day of the ongoing second Test against India here. He is playing in the country of his birth for the fist time in his career.

With all 10 wickets in his kitty, Patel also surpassed the great Richard Hadlee to record the best figures by a New Zealand bowler. Hadlee had taken nine for 52 versus Australia back in 1985.

"Welcome to the club #AjazPatel #Perfect10 Well bowled! A special effort to achieve it on Day1 & 2 of a test match," tweeted Kumble, who had taken 10 wickets against Pakistan in Delhi during the 1999 home series.

"The expectations will only go up from here. People will now expect 10-for from you," he said in a video.

England's Laker had reached the rare milestone way back in 1956.

The 33-year-old Patel's effort was also the best by a visiting spinner in India, surpassing Australia's Nathan Lyon (8/50) in 2017.

While the other New Zealand bowlers were rendered ineffective, Patel troubled the Indians with his guile from day one when he took all the four wickets to fall.

"I have been privileged to see some incredible things from @BLACKCAPS in my 15 years of commentary and today is right up there. @AjazP That was special mate," wrote former New Zealand pacer Simon Doull, who is commentating the second Test.

"One of the toughest things to do in the game of cricket. To have an entire team in your kitty in an innings is too good to be true. Simply unreal. Well done young man - Ajaz Patel," wrote former India head coach Ravi Shastri.

Veteran off-spinner Harbhajan Singh, a tormentor of many a batsmen in his heydays, said, "Ajaz Patel This will be remembered forever 47.5-12-119-10 simply outstanding..Let me stand and clap."