Cricket without pressure is boring: Morris on his key role at RCB 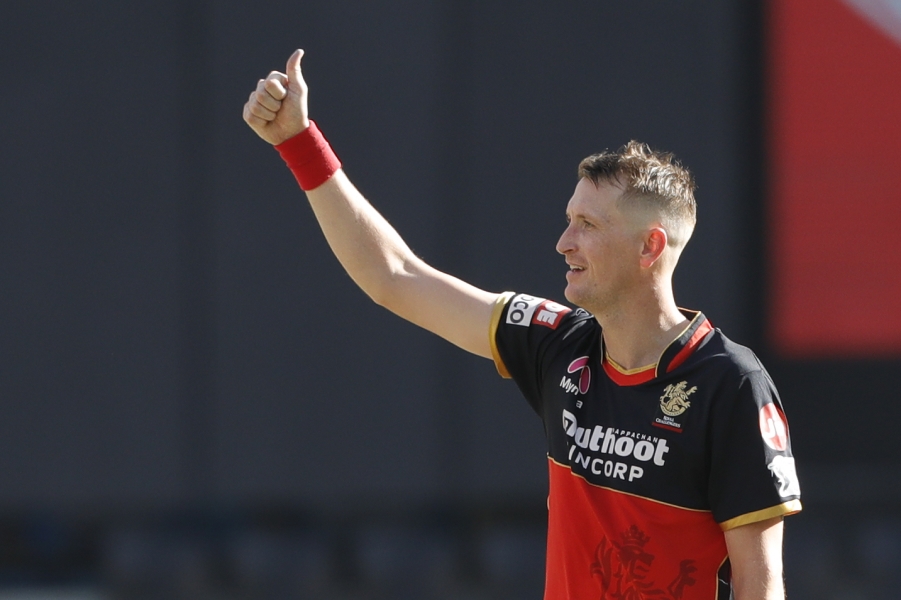 Cricket without pressure is boring: Morris on his key role at RCB

For allrounder Chris Morris, cricket without pressure is boring and he feels the clarity over his role in the Royal Challengers Bangalore (RCB) set-up has helped him perform consistently so far in the IPL.

Morris has always been a sought-after cricketer in the IPL and after four seasons with the Delhi Capitals, he is currently with the RCB providing the balance that Virat Kohli's team was seeking desperately.

After missing the first four games of the season due to a side strain, the South African made an instant impact and he has already picked up nine wickets in five matches at a very impressive economy rate of five runs per over.

Along with Navdeep Saini, he has plugged the hole that RCB had in the death bowling department. To add to it, he has also been making the new ball talk.

So, what has worked for him this season?

"The break (due to COVID-19) was really nice both for the body and mental freshness. Good to be playing again and it is just lot of clarity and how the execution needs to be," said the 33-year-old in an online media interaction.

"We do a lot homework. By the time we get to the game, we know what is required. Our plans have been clear and if something falls we have a plan B ready, if that doesn't work we got a plan C and if that also fails, hopefully my over is done (laughs)."

Morris said his injury rehabilitation period was tough on him but the support staff made things a lot easier.

"It is always nice to feel important. The medical staff did great. It was a new injury for me too. I tweaked a stomach muscle while I was batting. It was a tough four and a half weeks.

"I had a machine in the room to treat myself. I would ice myself every two hours. It was a hard graft and now really happy to be playing pain free."

Asked about bowling in the beginning as well as at the death, Morris said: "To be honest, I feel I am in a blessed position. Cricket without pressure is boring. You always want to get tested as a cricketer.

"You need to bowl fast, bowl yorkers and hit sixes. What more do you want. Have not been smacked yet but it is going to come, that is the nature of the beast, the IPL. But when that happens I will keep my clarity intact else things go pear shaped."

Staying in a bio-bubble for more than two months can be mentally exhausting, Morris said it has its advantages too as the players don't need to travel like they usually do in India.

"It has been magnificent. Travelling is one of the toughest parts about the IPL, the cricket is always going to be tough, it is the best cricket tournament in the world.

"But people don't realise the travelling in India, it is not as easy as it looks. it is absolutely draining... it has been quite refreshing to be at one place and not needing pack my bags (after every game), it is almost like paying at home."

Morris is loving the swing on offer early on in the UAE but going forward, he sees spinners' role gaining more and more significance with the pitches getting slower.

Talking about his team-mates, Morris could not understand why a bowler like Saini did not get to play when he was at Delhi Capitals.

"What has impressed me about the Indian pacers is the amount of work they put in. They bowl and bowl and bowl."

Comparing young opener Devdutt Padikkal to the great Matthew Hayden, Morris said, "Dev on top has been incredible. He has got a similar imposing way of batting as Hayden...the way he conducts himself, you can say 'he is the future of Indian cricket'."

NEWS
Morris recovering from side strain, unlikely for game against KXIP
Morris had also missed the team's opener against Sunrisers Hyderabad