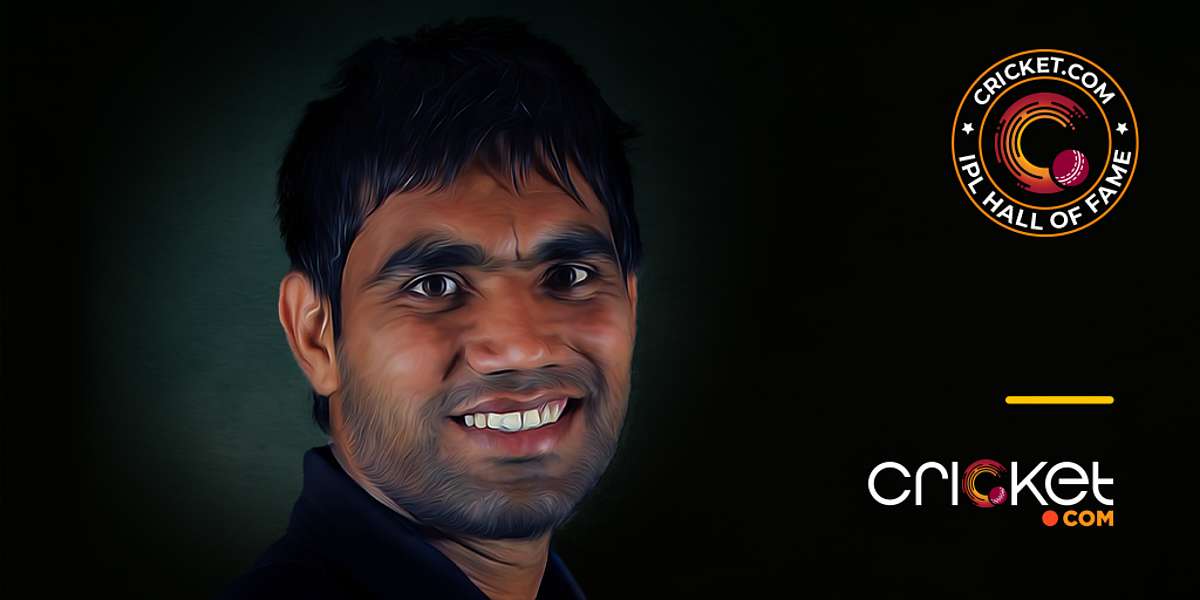 Marking the 12th anniversary of the decorated league, we celebrate and honour legends of the IPL

The Indian Premier League (IPL) is the biggest annual event on the global cricket calendar. Started in 2008 with a lot of hope but cautious scepticism, having gone through many ebbs and flows, the league has emerged stronger each year to showcase the world’s best talents on a single stage. The league has established itself as one of the biggest platforms for youngsters to flaunt their skills – a celebration where cricket’s largest global community meet, compete, share and build bridges.

Marking the 12th anniversary of the decorated league, cricket.com celebrates and honours the legends of the IPL by inducting them to the 'Cricket.com IPL Hall of Fame' – stars who not only dazzled on the field of play but elevated the stature of the league to skyrocketing heights by their sheer presence. This year, cricket.com will induct 15 such legends. Our 13th "Cricket.com Hall of Fame" inductee is Munaf Patel.

- His strike-rate of 18.3 balls per wicket is the fifth-best amongst bowlers with a minimum of 50 IPL wickets

- Munaf shares the record of bowling 19 dot balls in an IPL innings, the second-most by any bowler in the league

Starting his international career as an express fast bowler, Munaf Patel joined the list of those injury-struck pacers who had to curb down their pace to survive longer in professional cricket. When IPL began, the general notion suggested that he will struggle to keep up with the demands of T20 cricket without pace but Munaf’s performance suggested otherwise. He, in fact, turned out to be one of the trend-setters showcasing that accuracy heaps more rewards than pace. 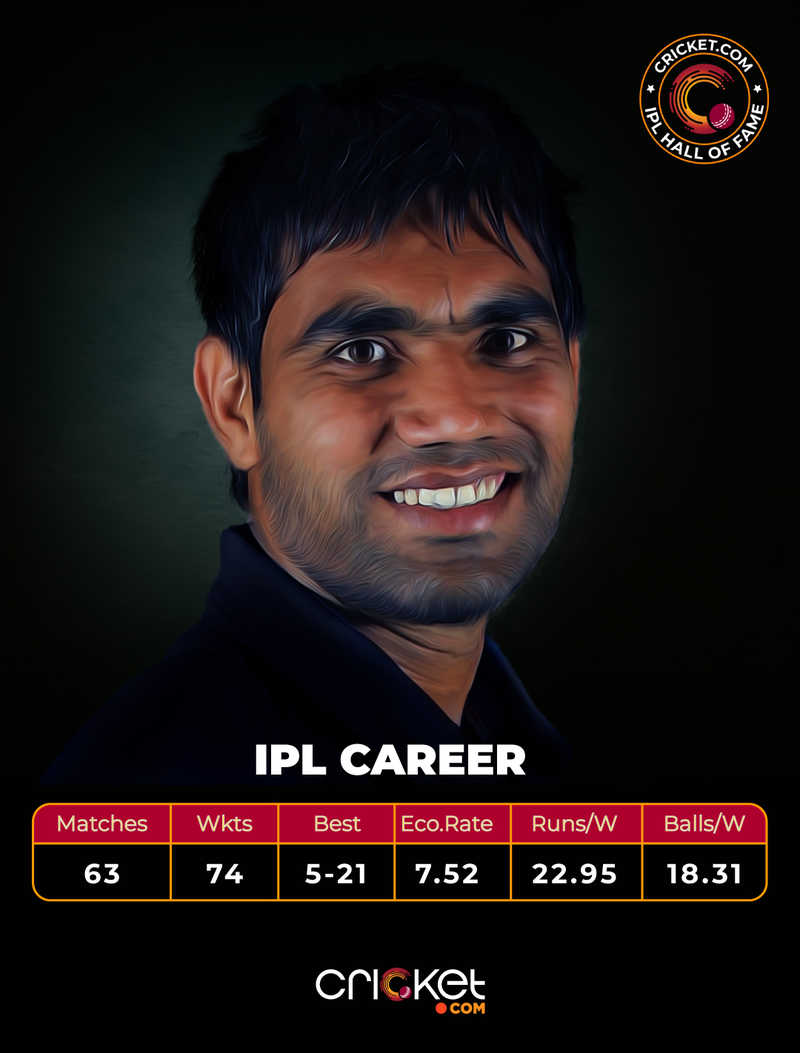 Munaf grew up without any formal training and a coach. He followed the basics becoming an exponent of straight deliveries attacking the stumps to emerge as an underrated hero in T20 cricket. Constantly threatening the opposition to hit their stumps or rap them on their pads if the batsman misses, he set a niche for bowlers with limited pace. The practice made him a difficult bowler to attack. Hence, he proved to be one of the most economical bowlers in the first three years of IPL aggregating the highest number of wickets by a Rajasthan pacer in the first three years, pouching 33 scalps in 30 games, even though he played only four games in 2010.

His contribution went largely unnoticed during Rajasthan Royals’ title victory in the inaugural edition in 2008. Munaf paired up with Siddharth Trivedi to form an efficient bowling support for Sohail Tanvir who won the Purple Cap. Missing only one game for Rajasthan, he picked 14 wickets in 15 games including bowling figures of 3 for 17 in the semi-final against Delhi Daredevils.

As a result of his impressive performances, he was taken by Mumbai Indians in the 2011 auction for $700,000, the same side against whom he had defended 4 runs in the final over in 2009. He repaid their faith instantly with his most productive year in the league. In 15 games in 2011, he scalped 22 wickets at an economy of 6.6 runs per over - both his best in an IPL season. His 5 for 21 against Punjab were the third-best bowling figures by any Mumbai bowler at that point. Next season, he added 15 more wickets to his tally.

By the end of his IPL journey in 2017, he had picked 74 wickets in 63 matches. His bowling strike-rate - 18.3 balls per wicket - fifth-best among the 47 bowlers who have taken 50 IPL wickets or more. All of this without the charisma of Lasith Malinga’s yorkers or Jofra Archer’s pace but just focussing on bowling straight.

He won IPL twice. After lifting the trophy with Rajasthan in 2008, he was part of Mumbai’s first title victory in 2013, although he was selected to play in only four games. He returned to the league in his home franchise, Gujarat Lions’ colors after a gap of four years in 2017 but along with the franchise, it proved to be his last year as well.

NOTE: The 'Cricket.com IPL Hall of Fame' only considers players who have retired from the IPL and last played in or before the 2018 season.