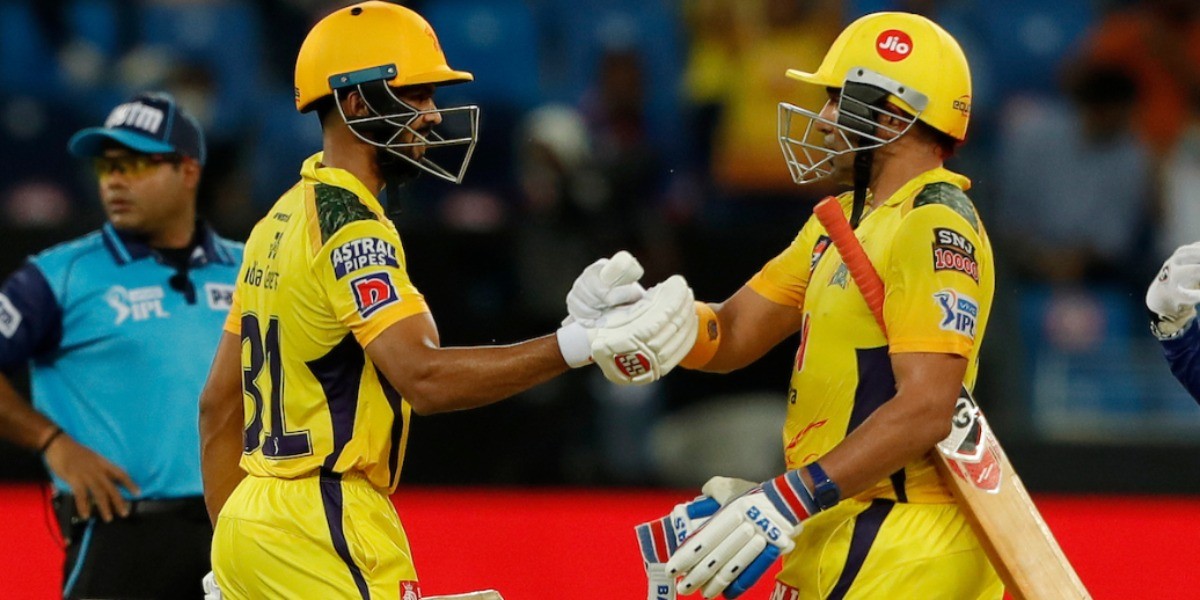 The top two teams from the league stages of the IPL 2021, Delhi Capitals and Chennai Super Kings went head on in Qualifier-1 eyeing for a spot in the Finals. MS Dhoni won the crucial toss and asked Delhi to set the target. Barring their 88-run partnership against Royal Challengers Bangalore in the last league match, Delhi’s most bankable pair this season, Shikhar Dhawan and Prithvi Shaw have been silent throughout the UAE leg. They got a good start in this match as Shaw went after the Chennai bowlers. But, his opening partner Dhawan, perished early in the fourth over and Shreyas Iyer followed him in the over later. Shaw continued his way to blast through and reached his half-century in 27 balls. After his dismissal in the 11th over, skipper Rishabh Pant and Shimron Hetmyer, forged an 83-run partnership to propel Delhi to a respectable total of 172/5. The skipper Rishabh, reached his half-century off the last ball.

In reply, Faf du Plessis was dismantled by a 148kph delivery corker by his South African fellow mate Anrich Nortje, in the first over. Robin Uthappa, who was preferred ahead of Suresh Raina in this match, showed a glimpse of his vintage batting. Even though Chennai were rocked by the early wicket, Uthappa and Ruturaj Gaikwad steadied the ship to hand Chennai the advantage in the powerplay by scoring 59/1. The pair had hoisted a 112-run partnership before Uthappa’s dismissal. Gaikwad continued his merry way and registered his fifth 50+ score of the season and went past 600 runs in this season. The icing on the cake was Dhoni finishing off the game with 13 runs required off the last over. A vintage Dhoni innings helped Chennai seal a spot in the finals for the ninth time in IPL. Here are a few notable stats from the Qualifier-1:

Shaw and Rishabh put on a show

Delhi have appeared in a play-off/final match for 10 times in the IPL. In those 10 matches, seven different batsmen have hit a 50+ score and till today none of them had hit more than once. Firstly, Shaw scored a half-century and became the first Delhi batsman to hit two or more 50+ scores in a play-off/final match. Later, the skipper Rishabh, in the last ball of the innings joined Prithvi in this list. Shaw and Rishabh are the only two Delhi batsmen to hit two or more 50+ scores in this stage.

On the back of a scintillating start by Shaw and 83-run partnership between Hetmyer and Rishabh for the fifth wicket, Delhi accumulated 172 runs on board for the loss of five wickets. In an IPL play-off/final stage, only once have they posted a higher total than this. It came against the Sunrisers Hyderabad in the 2020 IPL Qualifier-2 in Abu Dhabi, when they posted 189 runs for the loss of three wickets. 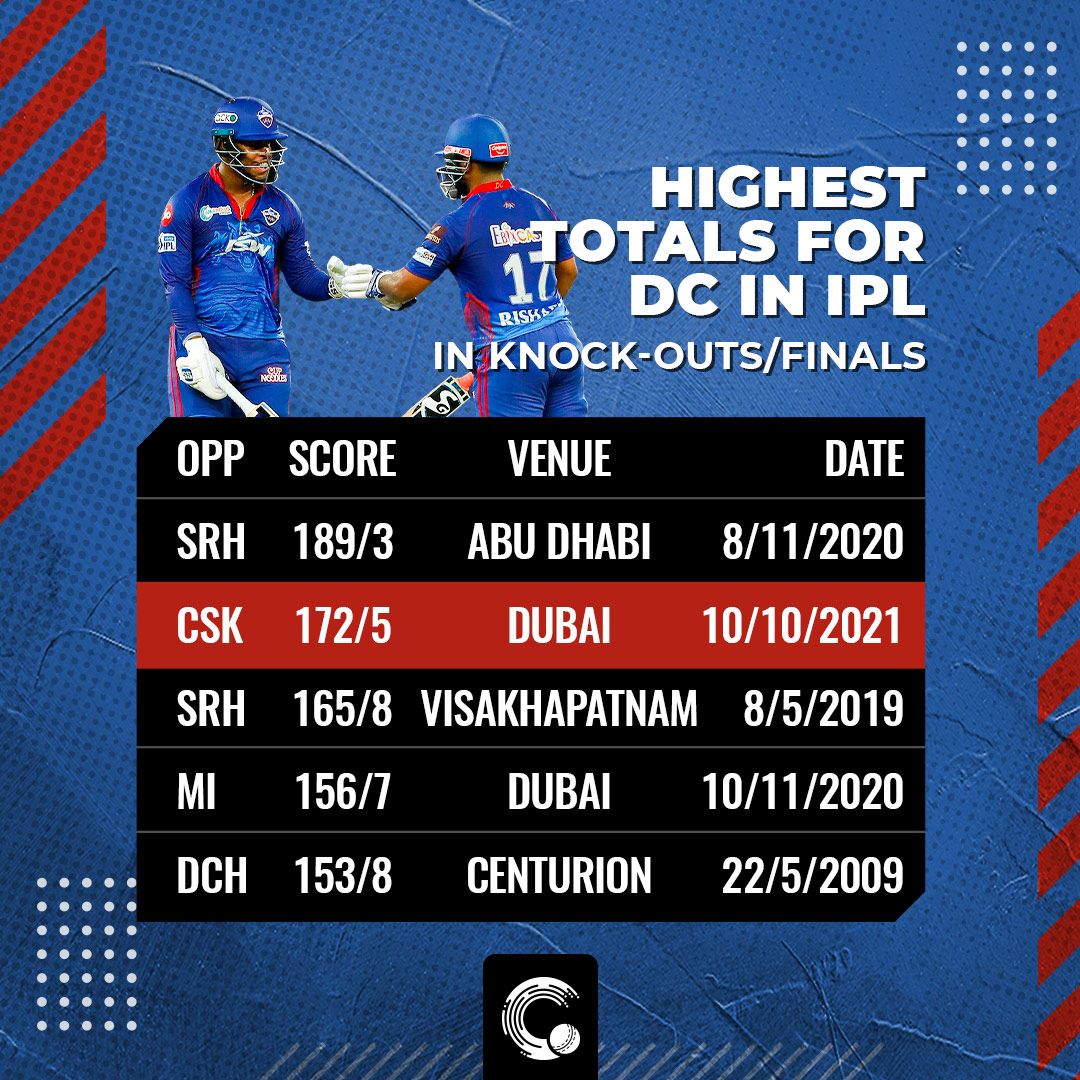 The season gets better and better for the young upcoming opener of Chennai. Gaikwad scored yet another 70+ score today, his fourth of the season, which is the joint most for a Chennai batsman in a season of the IPL. He joined Michael Hussey, who also had scored four 70+ scores in 2013. En route his knock off 70, he went past 600 runs and became the third Chennai player to score 600+ runs in a season of IPL. With 603 runs in IPL 2021, Gaikwad is second in the list behind Hussey who had scored 733 in 2013 edition of the IPL. 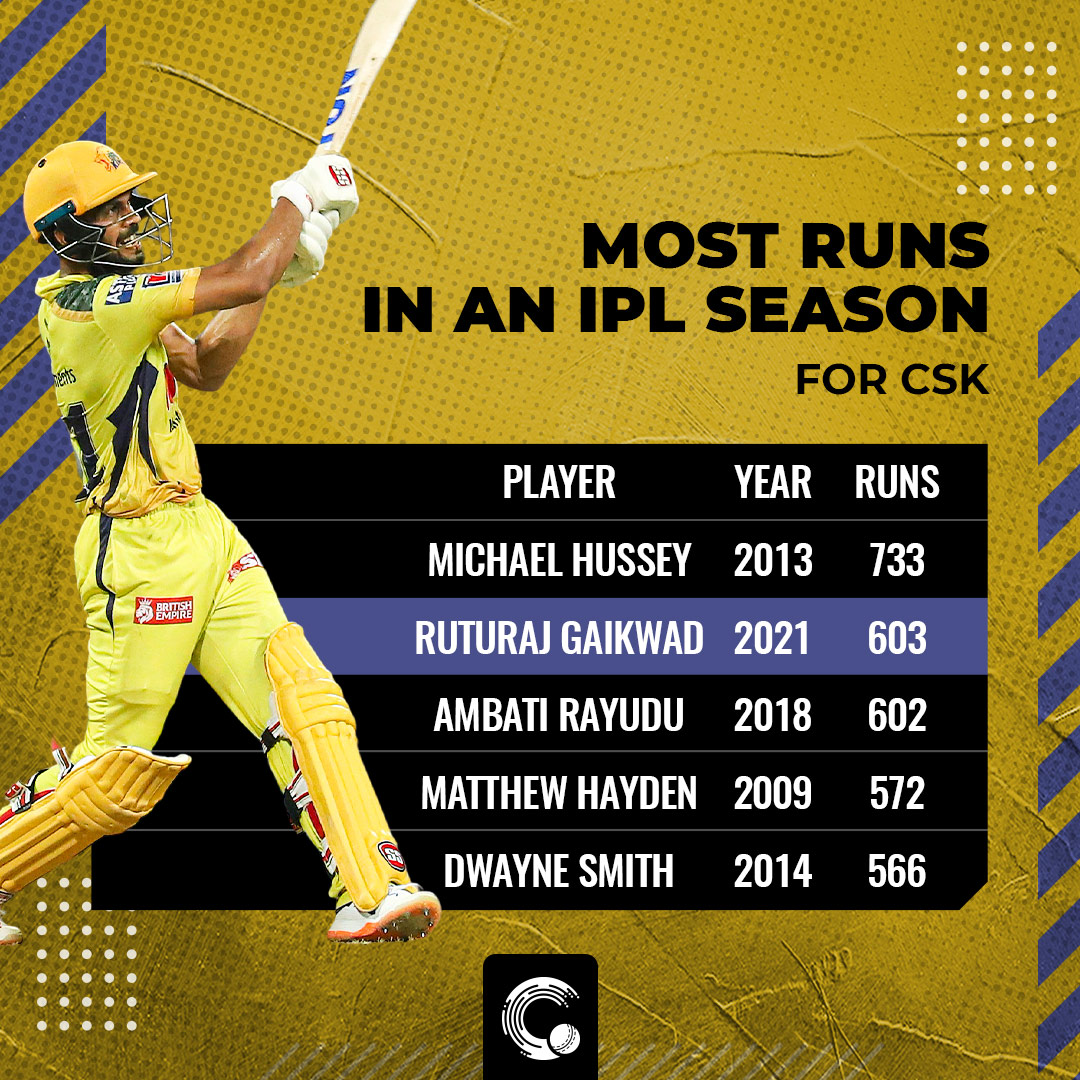 There is a reason behind Chennai being one of the most successful teams in the IPL. In today’s match Uthappa and Gaikwad showed why. Even after losing du Plessis in the first over, the panic wasn’t there. The pair of Uthappa and Gaikwad posted a 112-run partnership for the second wicket to neutralize the early set-back. This was the fifth century partnership posted by a Chennai pair in the play-offs/finals stage. This is the most by a team in the IPL in this stage of the tournament. 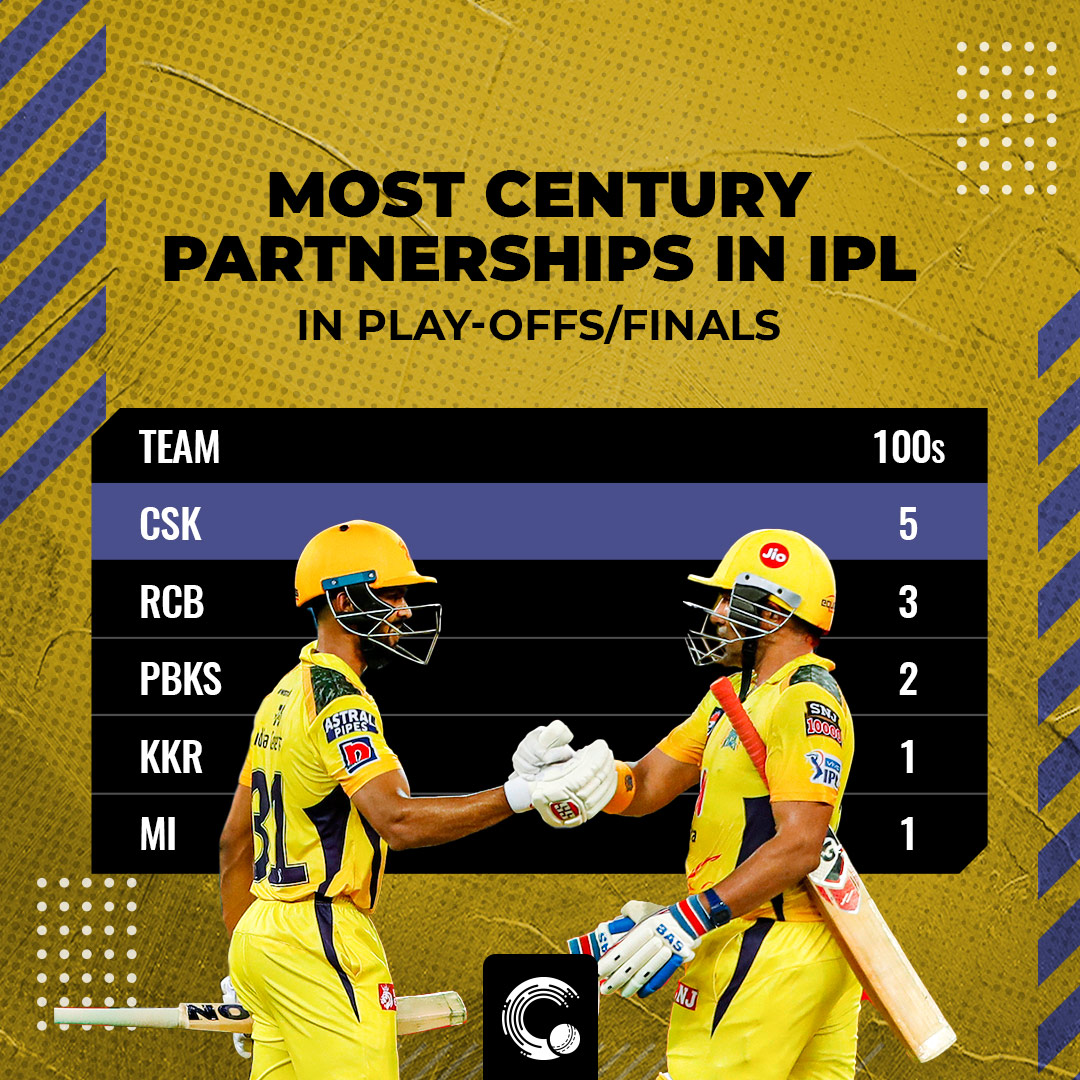 In any format of the white-ball cricket, teams prefer to chase as they will have a better knowledge on how to place their innings. Chennai has been exceptional when it comes to this thought process. In this season of IPL, Chennai have chased in six matches and have won all six to maintain a 100 percent win record. Across the seasons of IPL, no team apart from Chennai have had a 100 percent win record while chasing (including wins in super-over). 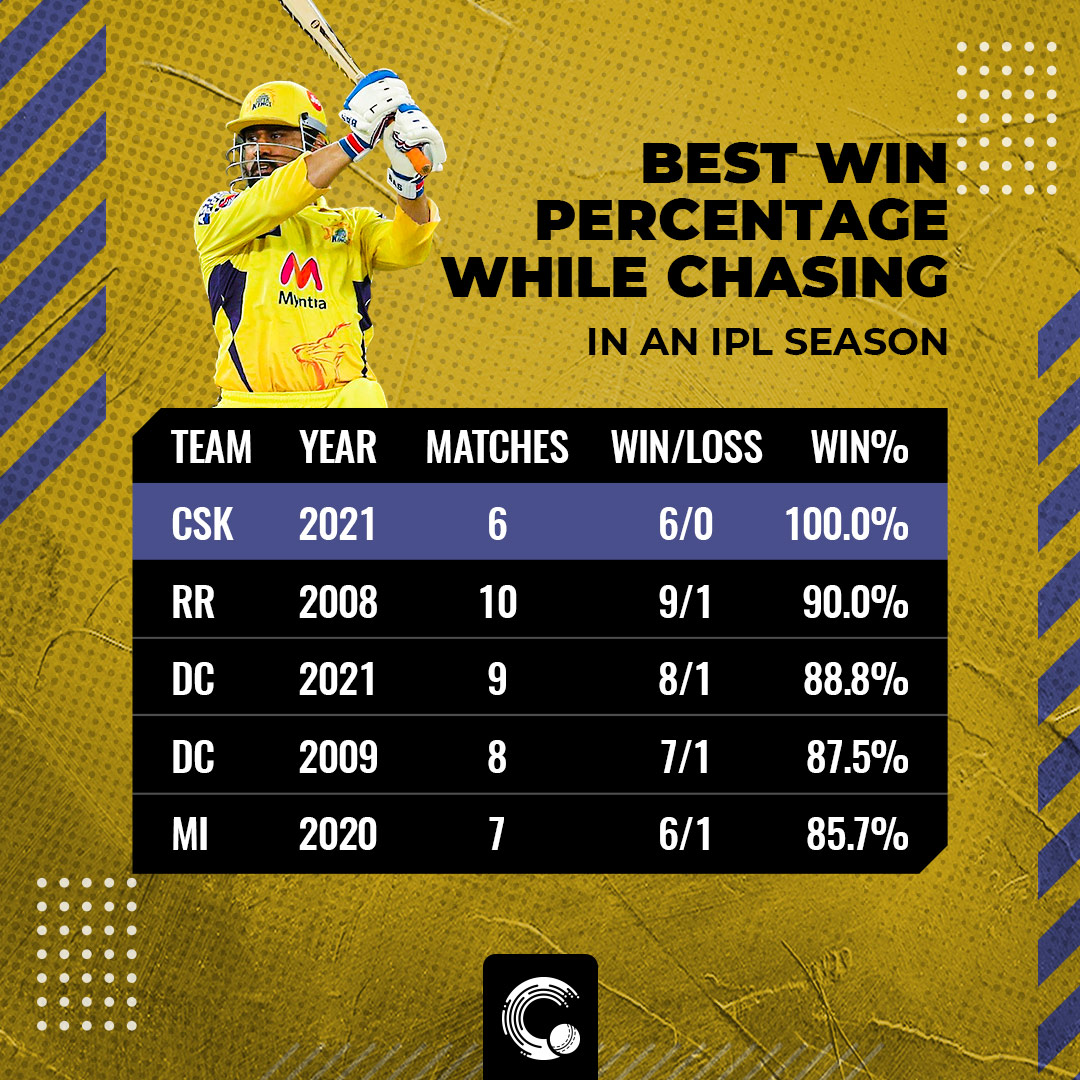 Win the toss, win the match

As another interesting record, Dhoni has won six tosses this season and has chosen to bat first twice and field in four matches. Astonishingly, in each and every six matches that he has won the toss, Chennai have gone on to win the match. In no other season of IPL till now has a team obtained a 100 percent win record when they have won the toss.

The most frequent finalists

It is a well-known fact that Chennai are one of the most successful teams in the IPL. Mumbai Indians might have five trophies to their name, but Chennai have the best win percentage for a team in the IPL. In terms of play-offs/final appearances as well Chennai are ahead of Mumbai. Since the start of the IPL 2008, Mumbai have failed to qualify to the play-offs five times (2008, 2009, 2016, 2018 & 2021). But, Chennai have made it to the play-offs in 11 seasons out of the 12 played. A win against Delhi in Qualifier-1 of the IPL 2021, helped them reach their ninth IPL final, the most for a team. 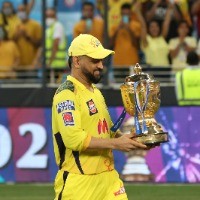 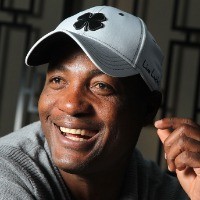 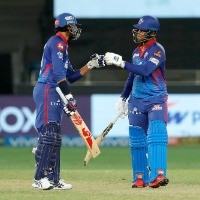 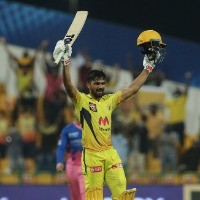 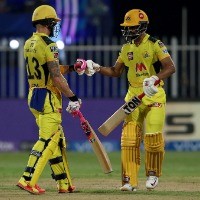 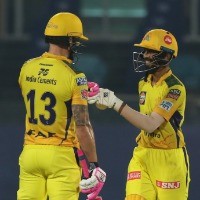 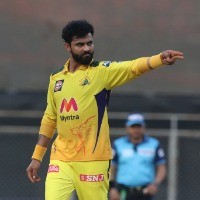 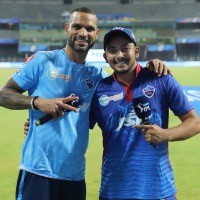