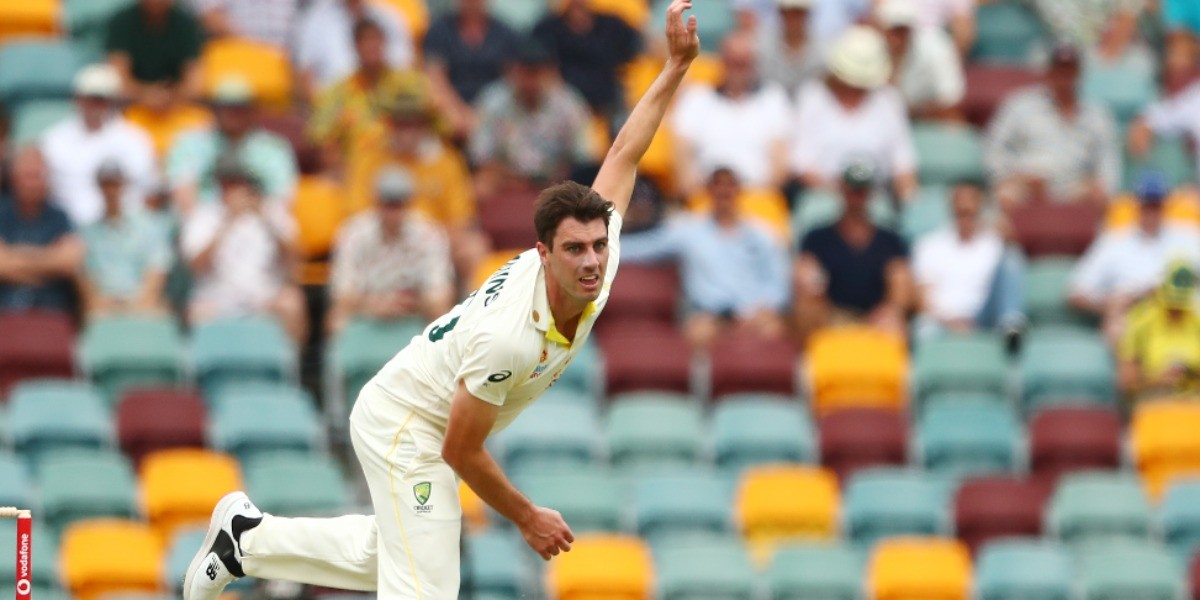 England won the toss and batted first, but the visitors were blown away by the Australian seamers

It was a dream start as the Test captain of Australia for Pat Cummins as the Aussie spearhead scalped a sensational five-wicket haul at the Gabba on Wednesday to help Australia bowl England out for 147 and take charge of the first Ashes Test. Joe Root, despite conditions being overcast, won the toss and batted first, but the move backfired as the Aussie seamers fired on all cylinders to restrict England under 150. One innings was complete, but rain still played spoilsport as only 50.1 overs were bowled on the day.

It is a general unwritten rule that you always opt to bat first in Australia when you win the toss, no matter what the pitch and overhead conditions look like, but the full cloud cover at the Gabba and the green nature of the wicket made the call not-so-straightforward. England skipper Joe Root won the toss and opted to bat first anyway and, well, it was a decision he was made to regret in minutes.

Rory Burns took strike for England and astonishingly, he was cleaned up on the very first ball of the series by Mitch Starc. In trademark style, Burns shuffled and leaned towards the off-side, but quite unfathomably he ended up missing a full and straight one that was on his pads. The ball swung slightly, but really, what it was was Burns playing all over a straight one. England none for one after the first ball as the Gabba erupted.

In walked Malan at No.3 and he looked solid and proactive, but on his ninth ball he poked at a sixth-stump delivery that should always have been left alone. Hazlewood struck and suddenly, England were 11/2.

Things were about to get a whole lot worse though. Malan’s dismissal brought in Root, but the England skipper, the visitors’ best batter by some distance, did not trouble the scorers and lasted only 9 balls as he was set-up delightfully by Hazlewood, who nicked him off at first slip.

11/3 was disastrous in itself, but that soon became 29/4 after Stokes was undone by Cummins, who got one to jump off the wicket and hit the splice of the southpaw’s bat. In an hour England lost nearly half the side, mind you after winning the toss and opting to bat.

They were let down by their experienced players, but a silver lining in the session proved to be the showing of the two youngest players in the XI, Haseeb Hameed and Ollie Pope. Playing their first ever Test in Australia, both Hameed and Pope kept the Aussie bowlers at bay and strung together an unbeaten 30-run stand that lasted nearly an hour.

Pope was busy, and slightly reckless at times, but rock-solid was Hameed, who faced 73 balls and scored 25 as England went to lunch on 59/4.

Clinical Australia roll England over for 147 before rain plays spoilsport

Haseeb Hameed perished in the very first over after resumption to reduce England to 60/5, but interestingly, it was after Hameed’s wicket that the Three Lions enjoyed their best passage of play. In walked Jos Buttler out to the middle, and he batted with an abundance of intent, hell-bent on taking down the English bowlers with some aggressive stroke-play.

Buttler raced off to 26 off his first 26 balls and not only found gaps with ease, but also manipulated the field masterfully by lofting the ball over the in-field effectively. He cut and drove free-flowingly, and for the first time put Australia under pressure in the contest.

However, his vigil did not last too long as he was dismissed for 39 by Mitchell Starc, who angled one across. A thick outside-edge sent the wicket-keeper batsman back to the pavilion.

The score was 112 when Buttler perished, and as it turned out, his dismissal ended up triggering a collapse that was fatal.

The well-set Ollie Pope perished three overs later for 35, to the bowling of Cam Green, while Ollie Robinson followed suit soon after to grant Cummins his third.

Wood and Woakes put up a mini-fight to keep Australia busy, but Cummins scalped both those wickets to clinch a five-wicket haul on debut and help Australia bowl England out for 147.

There were still close to 38 overs left to be bowled following Woakes’ dismissal, but heavy rains meant that no more play was possible on the day.