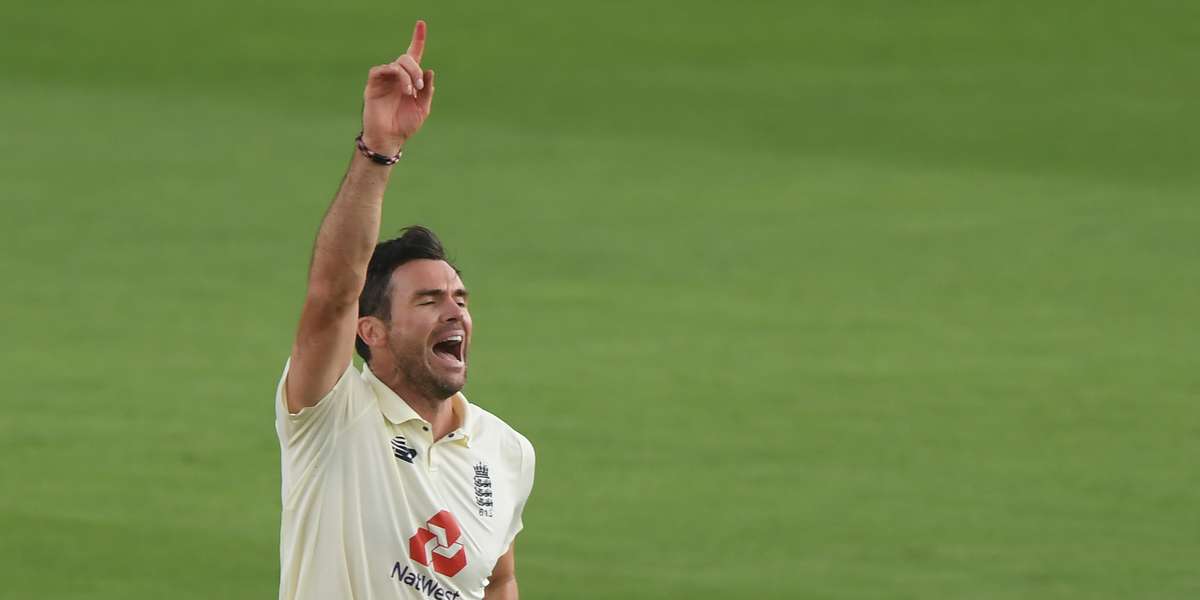 "Anyone who doubts him isn't very sensible. He proved again today how world-class he is and approaching 600 is really exciting for all of us," Curran said

Sam Curran said he was "shocked" at James Anderson's international future being called into question after the England great returned to form with two wickets on the first day of the second Test against Pakistan at Southampton.

Anderson had stumps figures of 2-35 in 15 overs when a combination of rain and bad light, amid fears of a lightning strike, cut short the day's play with Pakistan struggling at 126-5.

By his own admission, the 38-year-old Anderson had not been at his best with a match haul of 1-67 during England's three-wicket win in the first Test at his Old Trafford home ground last week.

But he denied rumours of imminent retirement and Thursday's haul meant Anderson is now just eight wickets away from becoming the first paceman to take 600 in Tests.

"I was pretty shocked with all the stuff that was going on about him (Anderson)," left-arm swing bowler Curran, recalled in place of express quick Jofra Archer, told reporters.

"Anyone who doubts him isn't very sensible. He proved again today how world-class he is and approaching 600 is really exciting for all of us.

"I'm just enjoying having him around and learning from him. He was out there helping me through my spells," added Curran, who had an economical return of 1-23 in 10 overs.

All of England's four quicks enjoyed success, with only Pakistan opener Abid Ali -- dropped twice in the slips -- offering prolonged resistance during an innings of 60.

"Anderson is one of the best in the world, a top-class bowler," said opening batsman Abid. "I took it as a challenge to play him.

"It's my first time in England...I'm doing my level best," he added.

Anderson came into this match having taken just six wickets in three previous Tests this season, at an expensive average of over 41.

In humid conditions conducive to Anderson's bowling, he had Shan Masood, fresh from his Test-best 156 at Old Trafford, lbw for one with an inswinger to the left-hander.

Masood was so clearly out, he did not bother to review the decision, with Anderson now having dismissed him seven times in Test cricket at an average of 4.85.

Pakistan should have been 7-2 but Abid, on one, was dropped by third slip Dom Sibley off Stuart Broad.

The under-pressure Azhar was nearly out for seven when, playing defensively to Chris Woakes, the ball trickled onto his stumps without dislodging the bails.

In-form allrounder Woakes suffered again when he had Abid, on 21, dropped by second slip Rory Burns.

But Pakistan's luck ran out when Azhar, on 20, edged a full-length Anderson delivery and this time Burns held a good, low catch.

The only bowlers to have taken more than Anderson's 592 Test wickets are a trio of retired spinners.

But Curran had Abid taken in the slips by Burns to spark a collapse that saw three wickets lost for 18 runs in 6.1 overs as Pakistan slumped to 120-5.

Sibley, to his evident relief, held a slip catch off Broad to remove Asad Shafiq.

Pakistan had made just the one change, recalling batsman Fawad Alam, a prolific run-scorer in Pakistan domestic cricket, for his first Test in nearly 11 years.

But the 34-year-old lasted just five minutes while completing a four-ball duck that saw him lbw to Woakes.

Alam was initially given not out but an England review revealed the ball had pitched in line. 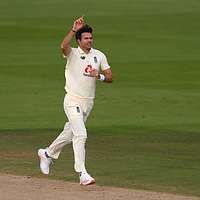