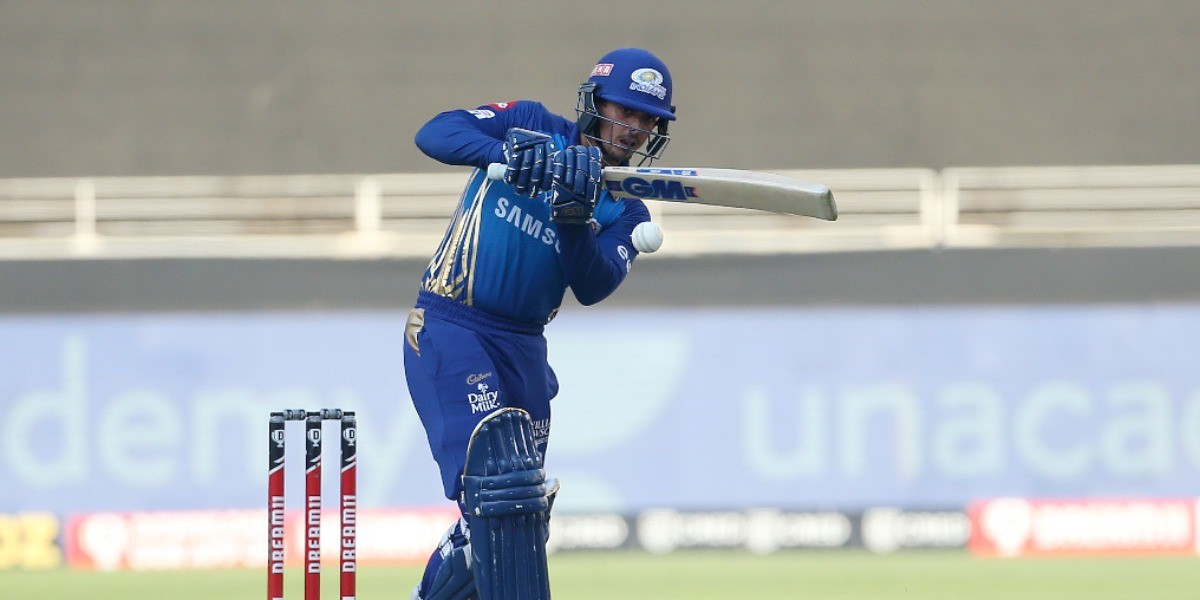 Mumbai Indians' (MI) wicketkeeper-batsman Quinton de Kock is available for selection for the team's next game against Kolkata Knight Riders (KKR), which will be played on Tuesday (April 13) in Chennai. MI Director of Cricket Zaheer Khan has confirmed that de Kock is out of quarantine and has already had a net session.

"Quinton is out of his quarantine. He did his practice session yesterday with the team, [he’s] looking forward to the season. So yes, he’s available for tomorrow’s game," Zaheer said.

Chris Lynn partnered Rohit Sharma at the top in the first game against Royal Challengers Bangalore (RCB). The Australian who top-scored for MI in the match smacking 49 off 35, is most likely to make way for de Kock.

De Kock was one of two MI cricketers to score 500 runs last season. His 503 runs came at an average of 35.92 and a strike-rate of 140.40. He also scored four fifties from 16 innings during the tournament.

Hardik Pandya did not bowl in the first game of the season but bowled in limited capacity in the white-ball series against England. Zaheer revealed that Hardik Pandya not bowling is part of workload management, but is confident of him playing a part with the ball in the tournament. "Hardik, as a whole package, is always of great value," Zaheer said, according to Cricbuzz.

"It was a workload related thing in the previous game. He bowled nine overs in the England series. In consultation with the physio, we had to take that approach. There was a little bit of a shoulder concern but it is not worrisome. You will see him bowl very soon. The timeline you will have to ask the physio. In terms of Hardik the bowler coming in this tournament, we are confident that he will be chipping in with the ball in his hand as well."