'Debacle' is not the right word: Dravid after semifinal loss to England 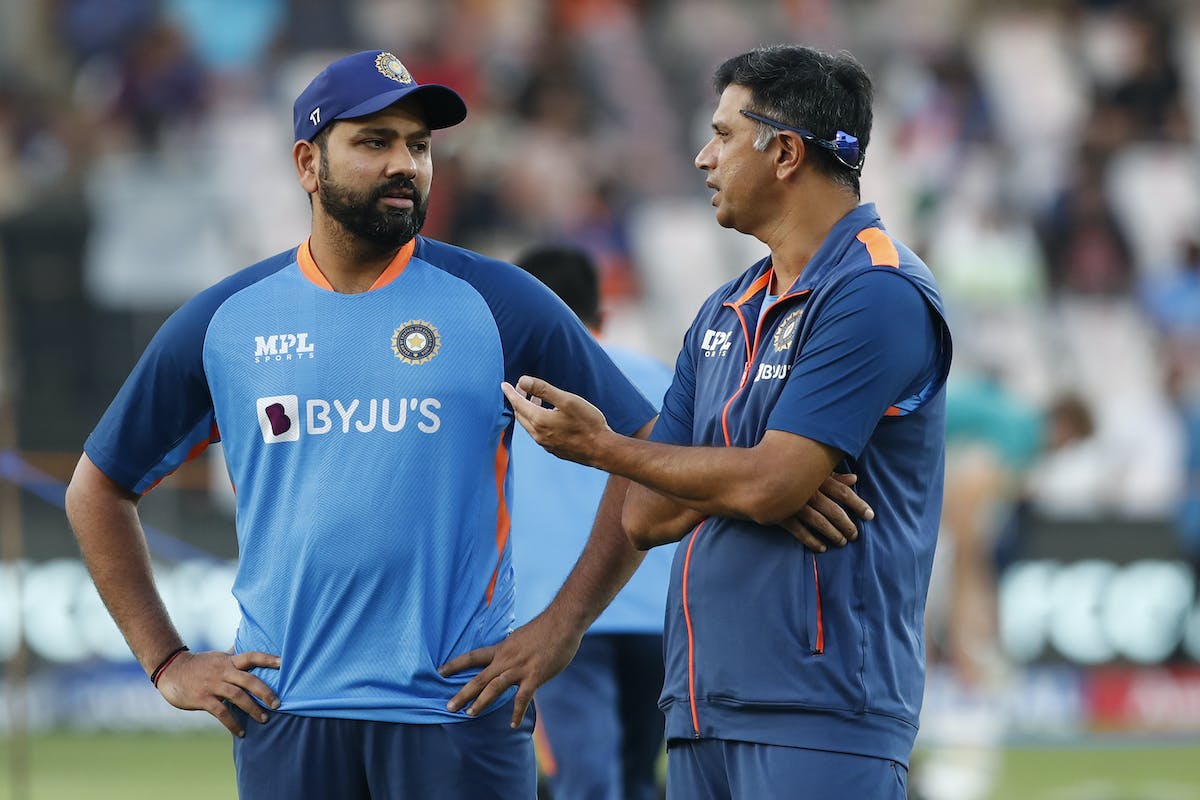 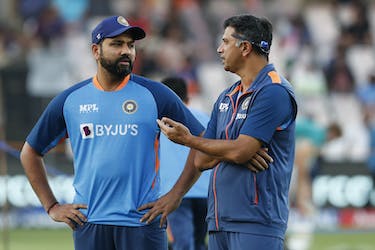 'Debacle' is not the right word: Dravid after semifinal loss to England

Soon after Thursday's T20 World Cup semifinal loss against England, head coach Rahul Dravid sat down with a disheveled Rohit Sharma in the dug-out. The former India captain consoled the current skipper who was close to tears and gave a pat on his back as they both set off to face the cameras.

Dravid had been in such a situation before, during his playing career. He was the captain when India exited the 2007 ODI World Cup in West Indies in the group stage. While that campaign could be called a debacle for India, their 2022 T20 World Cup's exit in the last-four was a roller-coaster ride at best.

They managed to narrowly beat Pakistan in the first match and outclassed Netherlands. They were outplayed by South Africa in the next match before holding their nerve against Bangladesh. Their final Super 12 match against Zimbabwe was a near-perfect performance as they won by 71 runs.

The journey until then pales in comparison after the 10-wicket thrashing handed by England. Set 169 to win, England openers Jos Buttler (80 not out off 49 balls) and Alex Hales (86 not out off 47 balls) barely looked troubled as they dispatched it in just 16 overs.

"The ten-wicket loss is disappointing certainly, not sure if debacle is the right word," Dravid said in the post-match press conference.

"I think overall we ran a pretty good campaign. Over the last year we played some good T20 cricket and we had our moments in this tournament," he added.

The used pitch at the Adelaide Oval was expected to aid the spinners, but Hales and Buttler were comfortable against Axar Patel (0-30 in 4 overs) and Ravichandran Ashwin (0-27 in 2 overs).

"That Hales-Buttler partnership was fantastic. They never let the momentum go and even counter-attacked our spinners. Didn't allow us a chance," Dravid said.

Put in to bat by England, India batters struggled to get going as they reached 62/2 in 10 overs and needed to be rescued by Hardik Pandya's 63 off 33 balls to get to 168/6 in 20 overs. Virat Kohli managed 50 from 40 balls, but Pandya's late push had the most impact.

"We were probably 15-20 runs short. Then Hardik batted that way and it felt like we scored way lesser. Should've score 185-190," Dravid said.

"We lost a lot of phases in this game. The only phase we played well was our batting in the last few overs," was Dravid's assessment of the match.

India also had a squad with the second oldest average age of 30.8 in the World Cup. Dravid felt that the future of some star players is a question for another time.

"It's too early to talk about the future of senior players. Not the right time to talk and think about this stuff. India have enough time to build and prepare for the next World Cup," Dravid said.

Dravid was asked whether Indian players would've performed better according to the conditions, had they played in Australia's Big Bash League like Hales and other England players did.

"There's no doubt about it that a lot of their players have experience playing in Australia. But it's difficult for Indian players to play BBL as we have peak cricket season during that time. With the kind of demand for Indian players, if you allowed Indian players to participate in foreign leagues, our domestic cricket and Ranji Trophy will be finished. We've seen what it has done to West Indies cricket," he replied.

England and Pakistan will face off for a second T20 World Cup title in the final on Sunday at the MCG.