Australia will be looking to defend their title with Aaron Finch at the helm.

When Australia announced its 15-member squad for the ICC World Cup, the headline news was the return of Steven Smith and David Warner. It was not that the return of the former captain and vice-captain was a surprise; just that players who had made a mark in their absence – including in series wins against India in India and a whitewash of Pakistan in the UAE – found themselves sidelined.

The most noticeable case was that of Peter Handscomb, who has had an excellent run this season, accumulating 479 runs at 43.54, including a century and 3 fifties in 12 innings – a strong case to make the number four slot, particularly since he can back up first choice keeper Alex Carey. Smith’s return, and the inclusion of Usman Khawaja and Glenn Maxwell, has meant that Handscomb underservedly finds himself out of the side.

The other surprise is the exclusion of Josh Hazlewood, who has the best economy rate among Australian bowlers since the 2015 World Cup and the second least boundary percentage (9.36) after Pat Cummins (9.2) among those who have bowled at least 300 balls since the last Cup. Hazlewood loses out to Jhye Richardson, who has been picked for his electric pace and ability to strike.

It still feels unfair to Hazlewood, though, particularly because he has a skill that is of immense value in limited overs cricket: the ability to bowl yorkers at the death. Only one other bowler has bowled more yorkers than Hazlewood (17) at the death for Australia since the 2015 World Cup – Mitchell Starc; but Starc has the least economy rate (2.66) and most wickets (5) among bowlers who have bowled at least 50 yorkers.

While picking Adam Zampa was not much of a surprise, the selection of Nathan Lyon raised a few eyebrows. It could be that Australia had no other real spinners to pick from -- barring Zampa and Lyon, the only other spinner seen in action since the 2015 Cup is Ashton Agar, who managed just 8 wickets from 9 matches at an economy rate of 5.75 and a strike-rate in excess of 51, which makes picking him a risky proposition considering the importance of the tournament.

With an average of 56 since the 2015 World Cup and his excellent form in the ongoing Indian Premier League (IPL), David Warner walks into the opening slot in this team. However, given that Aaron Finch and Usman Khawaja have been in terrific form of late, who do you exclude to make room for Warner? You can’t drop either on current form, so the likely option is Finch to open with Warner while Khawaja comes in at three ahead of Smith at 4. All of which, though, is a bit rough on Shaun Marsh given that he has been Australia’s best ODI batsman in the 2018-2019 period, as evidenced by this chart of the side’s ODI games since Smith and Warner were banned:

Note that Khawaja has batted mostly in the opening position, while Marsh has mostly batted at Nos 4 and 5. While Khawaja has a slight edge over Marsh in terms of consistency of runs, it will be tough call as to who to pick and who to leave out from the playing eleven.

Coming to the fast bowlers, in England, bowling at 140-plus gets you the most success. The quicks bowling at this pace have the best economy and also have the highest dot ball percentage. The likes of Starc, Richardson, Pat Cummins and even Jason Behendroff can clock 140-plus on a regular basis, which makes them a potent combination.

Here’s a look at how the pacers of all teams with various speeds have done in England since 2015 World Cup:

The bowlers bowling at 140-plus have the best economy rate and the best dot ball percentage – and all of Australia’s quicks hit that mark. To further elaborate, let’s take a look at how the Australian fast bowlers – those bowling at 140-plus -- have done in England in the last four years, considering only the quicks who have been picked in the World Cup squad, with a cut-off of 20 balls bowled.

NOTE: Stoinis has bowled just 5 deliveries in excess of 140-plus and interestingly, did not concede a single run. Hazlewood, who has not been picked, had an economy rate of 5.14 and dot percentage of 57.1 from his seven deliveries at that pace.

It is highly unlikely that Australia will field two spinners in the playing XI, so chances are Zampa will be first choice, Lyon will sit out, and someone like Glenn Maxwell will fill in for a few overs of off spin.

Among the venues that Australia are going to play in, only Taunton has not seen any ODIs since 2015. However, in the other venues where Australia will play, it is wrist spinners who are winning the battle in most of the venues, making the case strong for the inclusion of Zampa. At best, Lyon might be considered for grounds such as Lord’s and Old Trafford.

Leg-spinners in England since 2015 World Cup 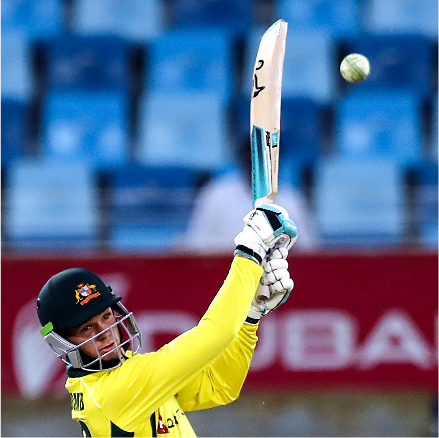