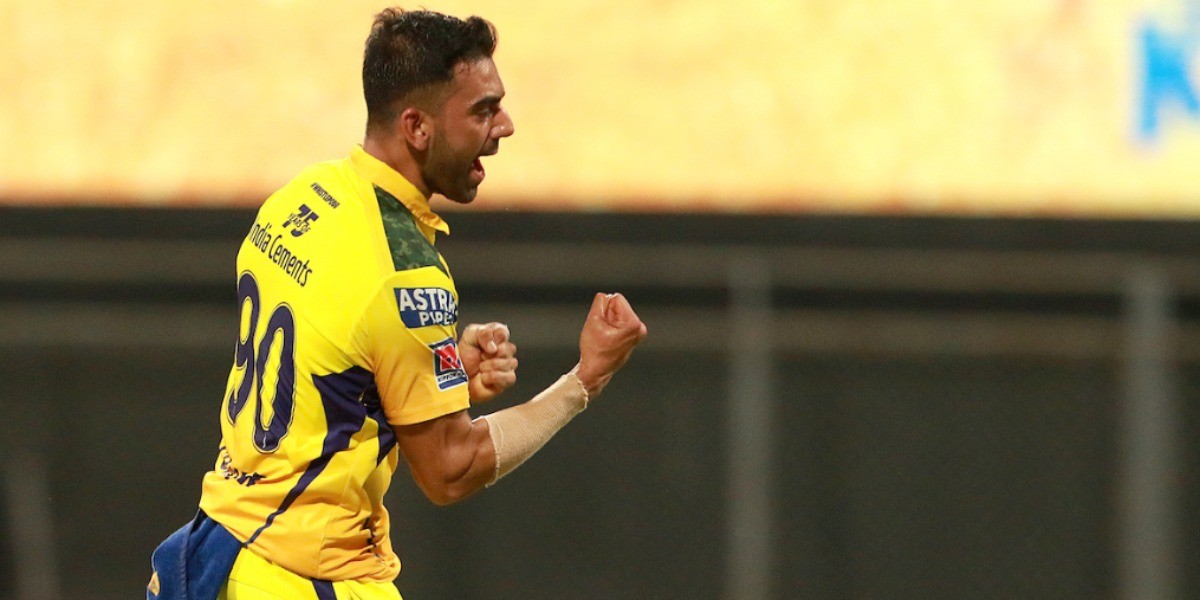 In back-to-back matches, batting has been a difficult feat at the Wankhede. In yesterday’s match, Delhi Capitals could score only 147 and in reply, Rajasthan Royals managed to chase that with just two balls remaining. In tonight’s game, Punjab Kings displayed an even poorer performance as they could score only 106 in the first innings after batting full 20 overs. Chennai in replay chased it down in 16 overs to attain their first win of the season. 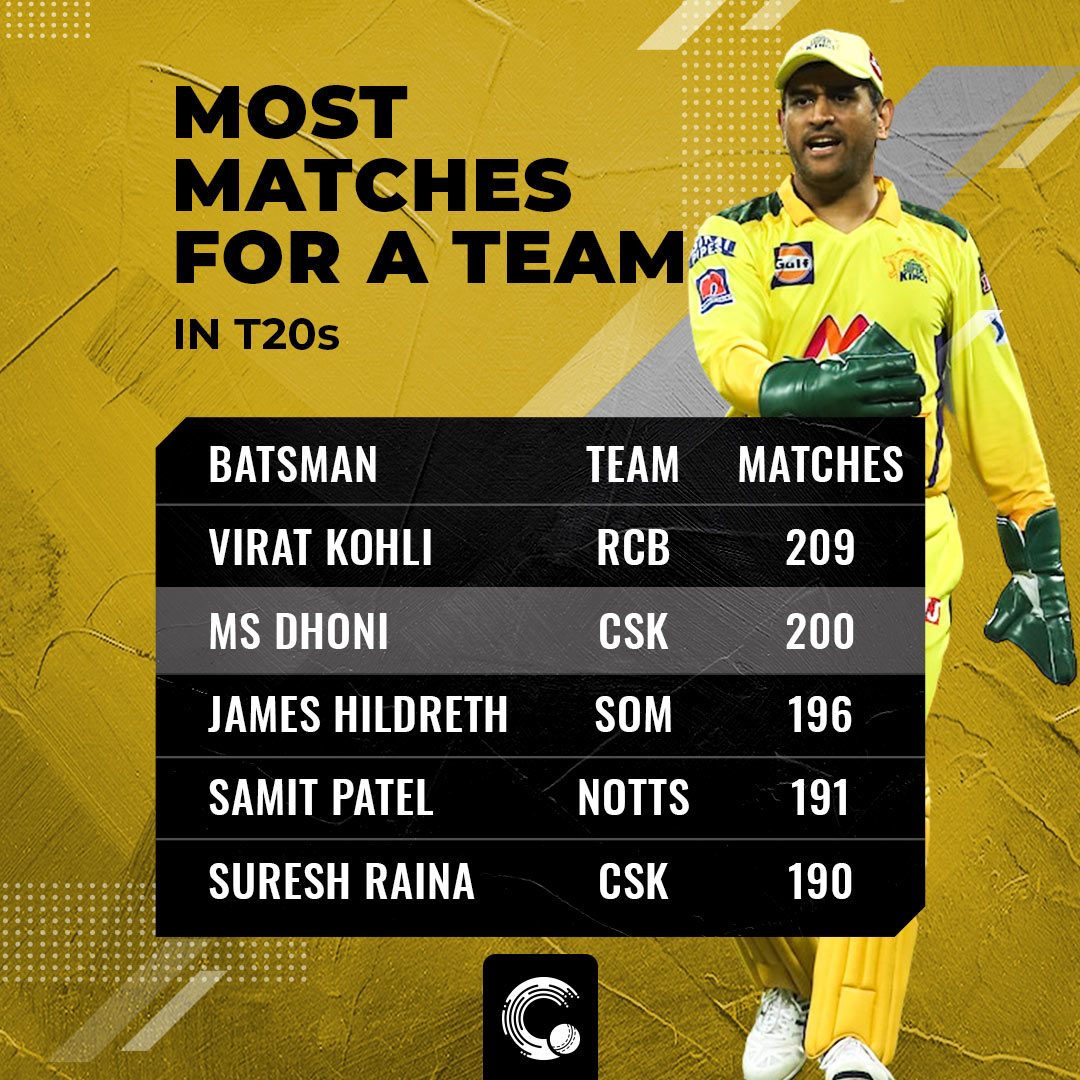 The captain cool registers yet another milestone in yellow. One of the biggest Iconic players for the Chennai based franchise, MS Dhoni stepped out in his 200th game for the team in T20s. He became the second player in T20s to represent 200+ matches for a single franchise. Virat Kohli leads the list with 209 matches for Royal Challengers Bangalore. Out of those 200 matches, only once has Dhoni not led the side. 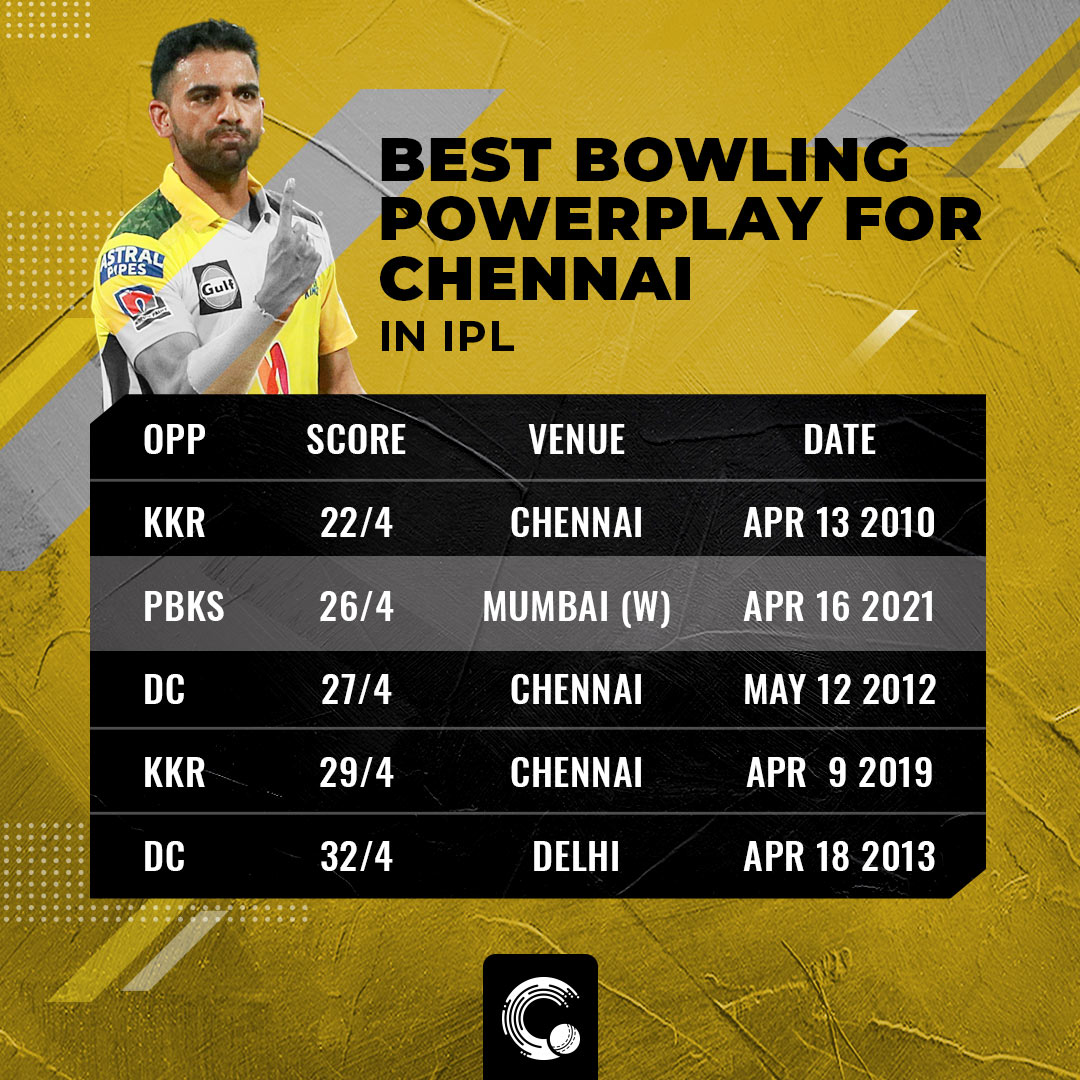 As said earlier, for the second time this season, teams batting first have lost wickets in heaps in the first six overs at Wankhede. There was swing on offer for the pacers early and who better than the Chennai pacers could exploit these conditions. Deepak Chahar led the way with three wickets inside the powerplay and the rest of the bowlers managed to contain the runs. Of course, the fielding maestro Ravindra Jadeja, also had a big share in the success. The direct hit to dismiss the Punjab skipper Rahul and a diving catch to pack off Gayle saw Punjab score only 26 runs for the loss of four wickets. The score of 26/4 conceded by Chennai in tonight’s match is the second lowest for them in IPL. 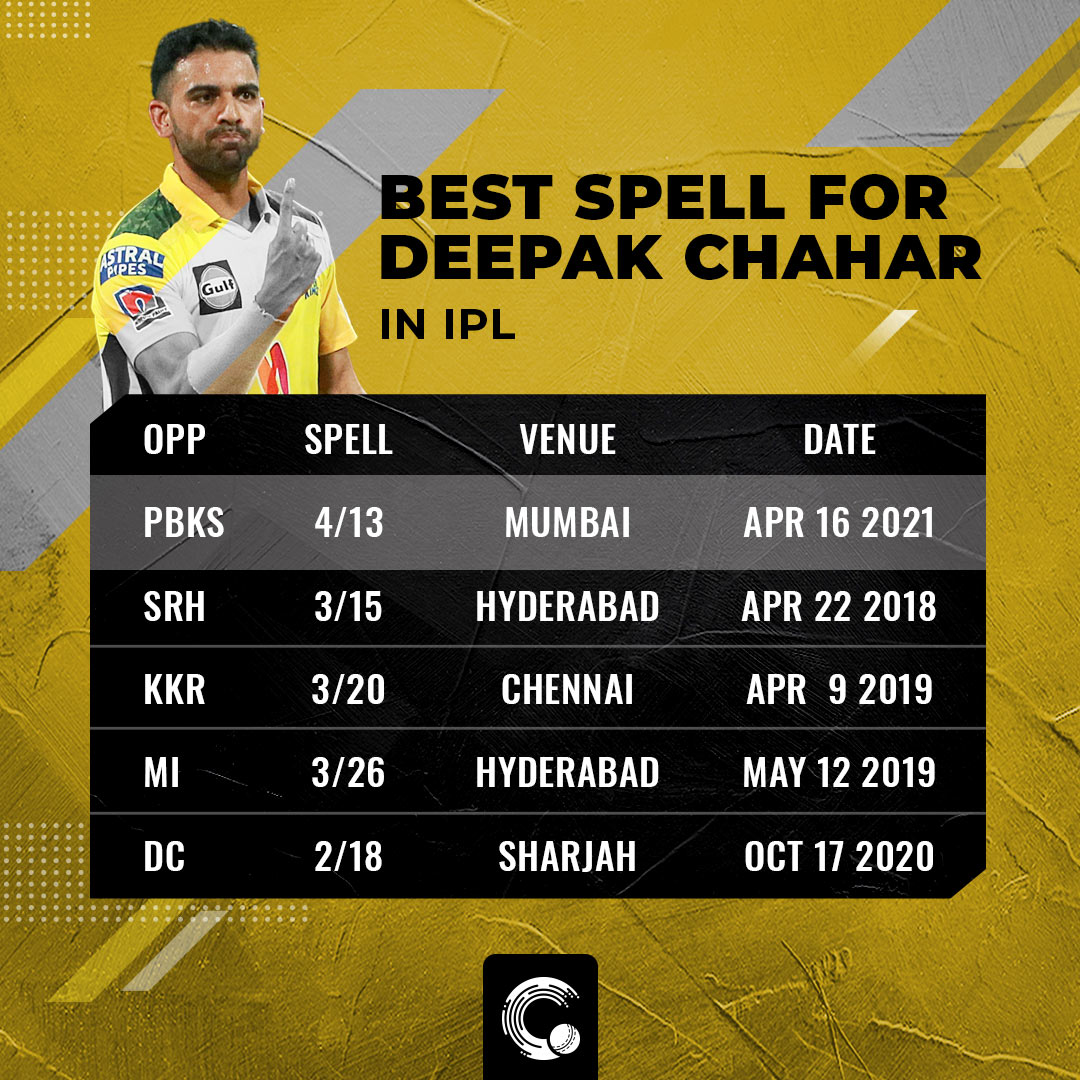 Heading into this match, Deepak Chahar who had been a lethal weapon with the ball in the first six overs for Chennai off late, was nearly fighting for his place in the XI. In the previous five IPL innings, Chahar didn’t have a single wicket in this phase. But tonight, he started off with a beauty to get rid of Mayank Agarwal. Later on, in his third over, he bagged the prized wickets of Chris Gayle and Nicholas Pooran in a span of three deliveries. In his last over, through the dismissal of Deepak Hooda, Chahar registered his first four-wicket haul in IPL. The last pacer to bag a four-wicket haul for Chennai in IPL was Lungisani Ngidi in 2018 against the same opponents.

Yet another low at Wankhede 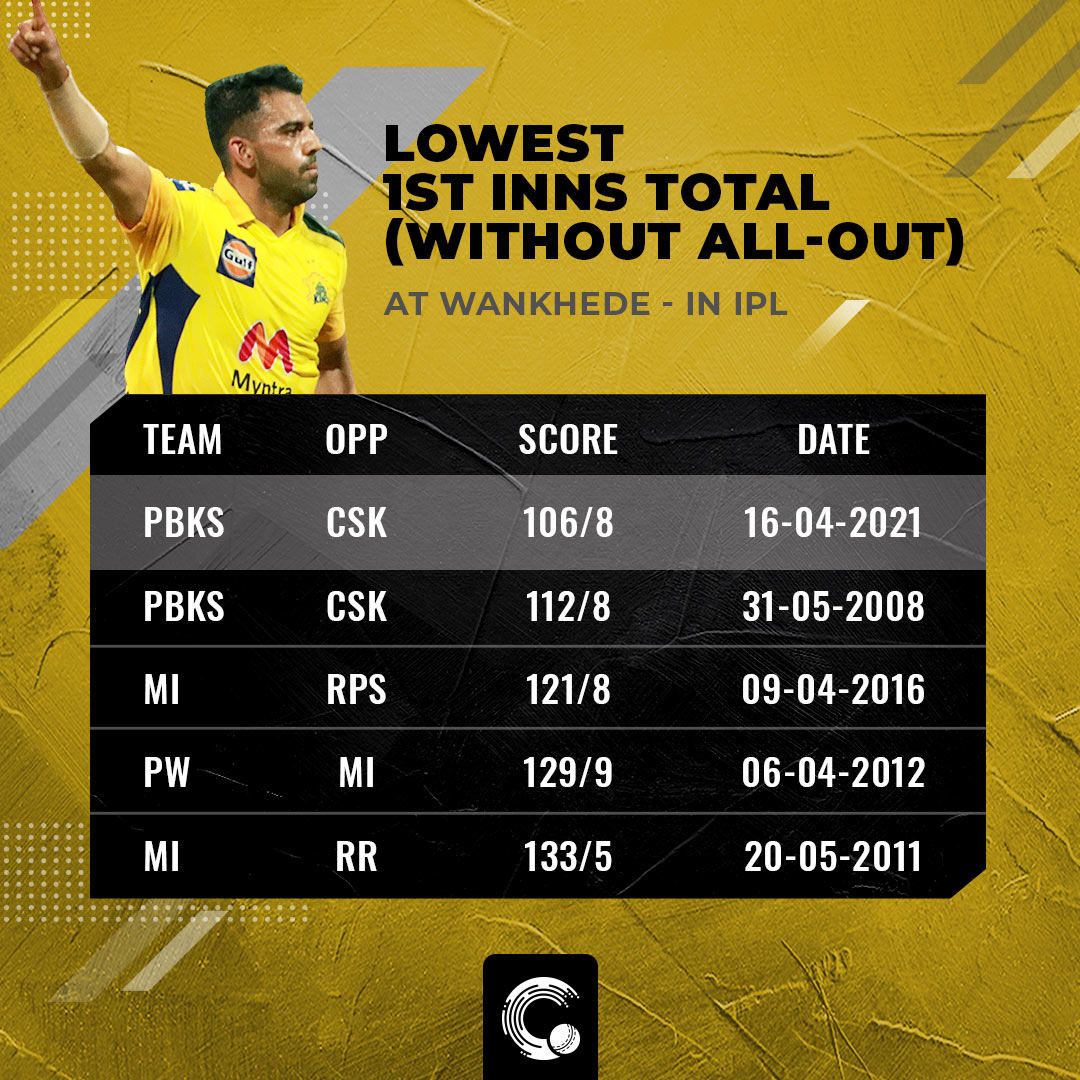 It was a six-less first innings in the last match at Wankhede, the first of its kind. In tonight’s game, Punjab registered another low. Batting for the full quota of 20 overs, they were able to score only 106 runs for the loss of eight wickets. This is the lowest ever first innings score registered by a team after playing full of 20 overs and not being all-out at the Wankhede in IPL. In 2008, between the same oppositions, Punjab had registered 112 runs for the loss of eight wickets, the lowest then.