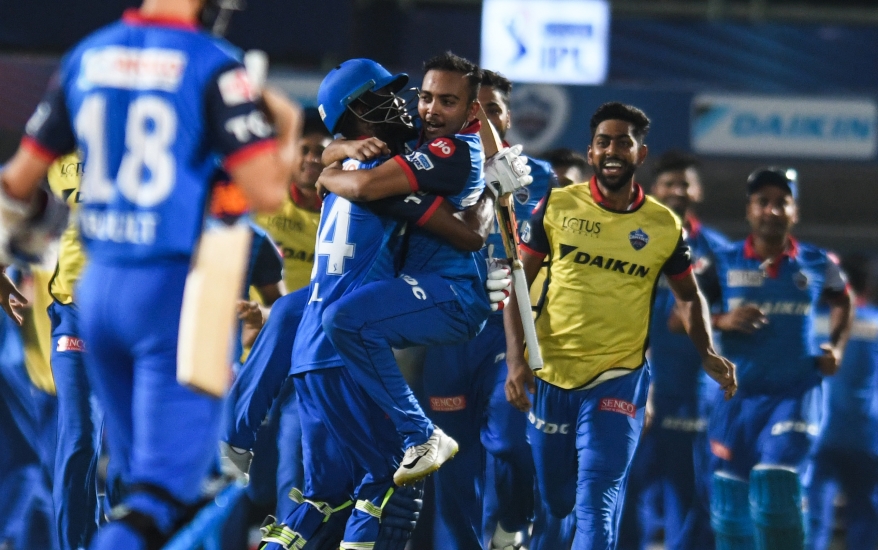 Delhi Capitals (DC) take on Mumbai Indians (MI) in Match 51 of the Indian Premier League (IPL) 2020 at the Dubai International Cricket Stadium on Saturday (October 31). While MI have secured a place in the playoffs, a win in this game for DC would also go a long way in ensuring they join MI there. However, their form of late has not been the best, having lost all their three previous matches. MI, on the other hand, go into this match on the back of an impressive five-wicket victory over Royal Challengers Bangalore (RCB).

MI and DC have faced each other 25 times in IPL, with the former having won 13 times. In the last five matches, it is, however, DC who have a slender 3-2 lead. Last time these two teams met was in Abu Dhabi earlier this month, where MI ran away with a five-wicket win. 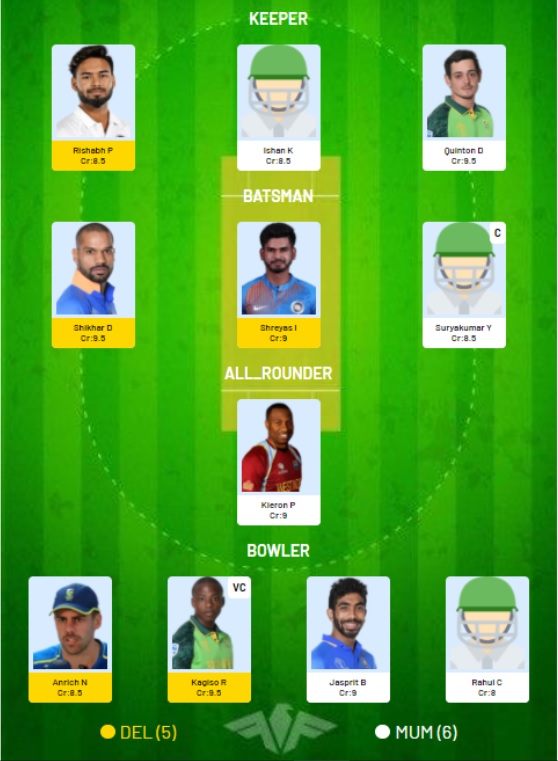 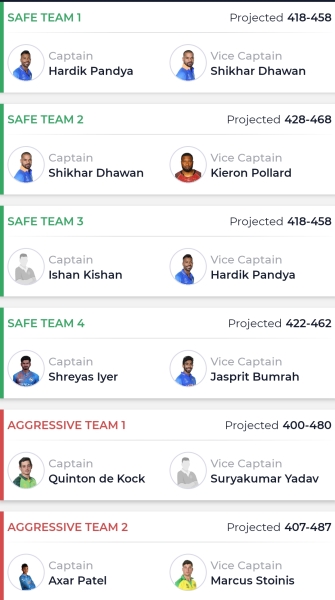 21 matches have been played in Dubai, out of which 14 have been won by the team batting second, including the last three out of the five matches played at the venue. The batsmen have scored at a run-rate of 8.1. The bowlers have picked up a wicket every 22.2 deliveries and have struck at an interval of 30.1 runs (both best among all three venues).

The average first innings score in Dubai is 173, while the corresponding number for the second innings is just 150, which implies batting first could be the way to go, but recent trends have shown otherwise. 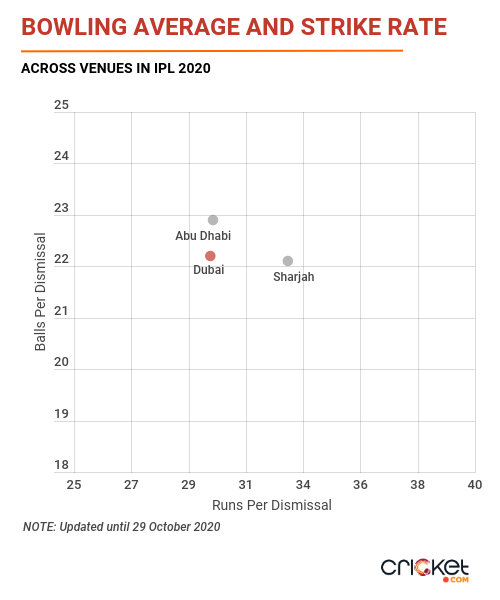 However, the fast bowlers in Dubai, have a better bowling average (29.3) and strike-rate (20.6) compared to the tweakers, who pick up a wicket every 30.6 runs, 28.7 balls apart. While the spinners have been far economical, it is the pacers, who strike regularly and give away lesser runs in between and more importantly, pick up more wickets than the spinners, which is why, it is advisable to stock your team with fast bowlers and squeeze in a spinner or two – something both teams are not short of. 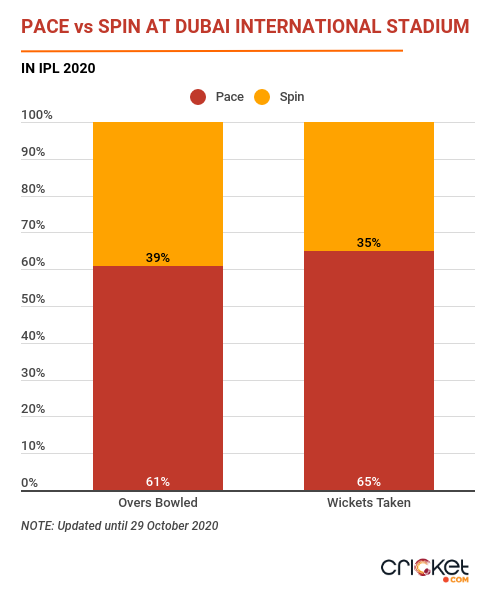 MI’s leading run-scorer Quinton de Kock has struggled against Ravichandran Ashwin in T20 cricket, having been dismissed three out of the four times they have come up against each other. Ashwin got the better of de Kock even in the previous encounter at Abu Dhabi and will look to get the better of the wicketkeeper-batsman once again. De Kock scores at an impressive strike-rate against Ashwin, but at the same time has not been able to keep his wicket intact against the offspinner. 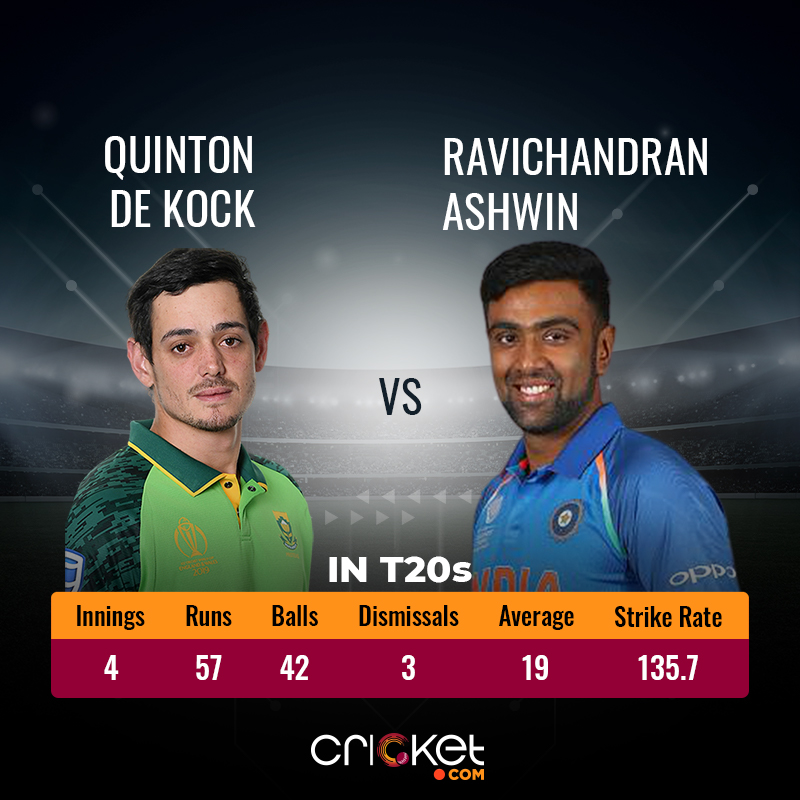 Despite his failures in the previous two games, Shikhar Dhawan definitely is a huge threat for MI at the top. To make matters even worse for MI, Dhawan has never been dismissed by their strike bowler Jasprit Bumrah in the nine encounters. This could be an excellent opportunity for Dhawan to be among the runs once again. 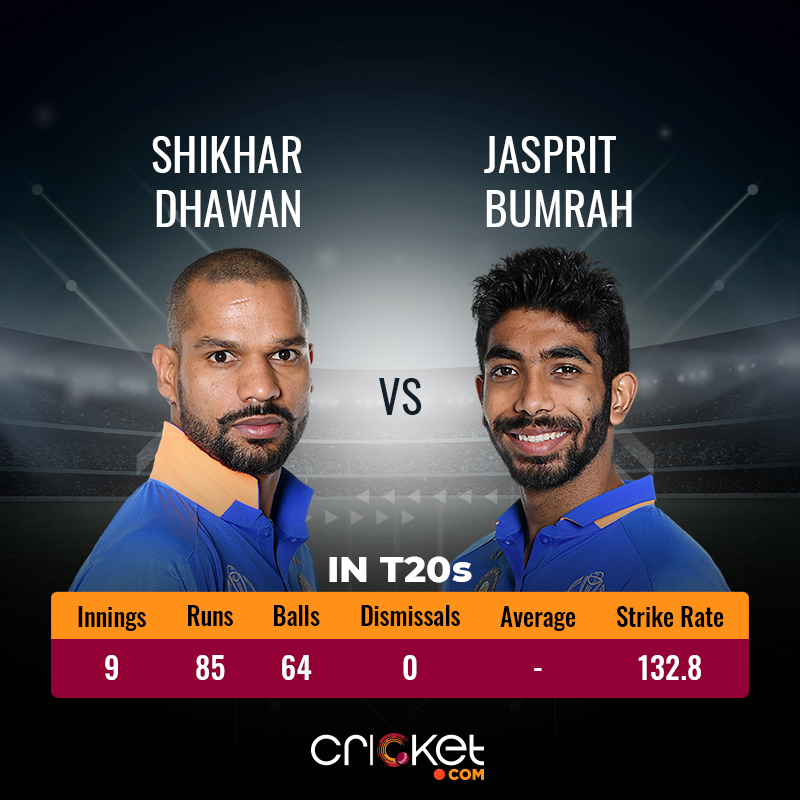 When two men in form come up against each other, it is a battle to feast on. That could very well be the case when Suryakumar Yadav comes face-to-face with Kagiso Rabada. The Purple Cap holder has dismissed the MI batsman on two occasions, while conceding runs at a strike-rate of 132.8. Rabada dismissed Surya in the previous encounter as well and will be raring to have a go at MI’s No. 3. 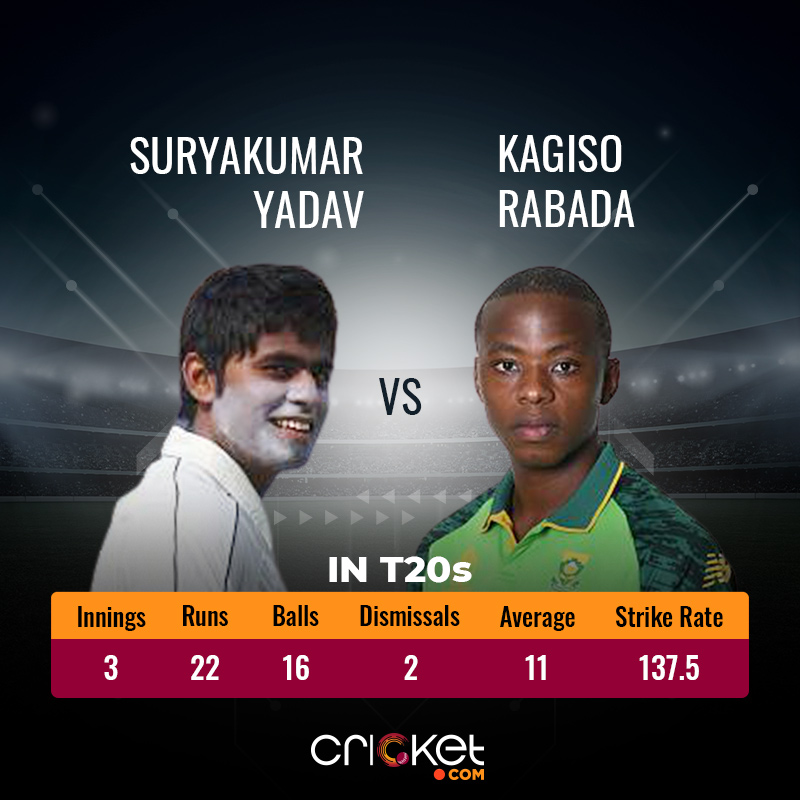 Suryakumar Yadav played a match-winning 79 not out against RCB in the previous game as he sets to prove the selectors wrong for not picking him in the Indian team. That could very well work in MI’s favour as Surya looks to be hungrier and more determined than ever to churn out the runs. With Rohit Sharma’s participation in the tournament looking unsure, another Mumbaikar seems set to take over the mantle and ensure MI are in safe waters at the end of the group stage. Surya’s three fifties in the tournament have all come in the last six innings and we could see him continue his rich form into this match as well.

Our Criclytics player projector predicts Suryakumar could score 14-37 runs in this match.

Kagiso Rabada’s 25-match streak of picking up at least one IPL wicket came to an end when he ended up with figures of 0 for 54 in the previous match against Sunrisers Hyderabad (SRH). With one poor match out of the way, Rabada can now focus on the matches ahead and start from scratch as he looks to help his team make it to the top four. The Purple Cap holder, currently with 23 wickets to his name, has picked up 15 scalps at the death, 7.5 balls apart, which is the best in the final phase. Even when DC’s batting did not click, Rabada ensured that he did enough with the ball to guide his side to a victory. That’s something he’ll be expected to do from hereon.

Our Criclytics player projector predicts Rabada could pick up 0-1 wickets in this match.

Can anyone catch Rabada at the top of the ladder? This is the questions often posed by the experts. By the looks of things, Jasprit Bumrah is a frontrunner to do so. He is just three wickets behind the DC pacer with 20 scalps, which have come at a strike-rate of 14.4. He has picked up nine wickets from his previous five matches and played a pivotal role in enforcing RCB’s collapse in the previous match. 12 of Bumrah’s wickets have come at the death and he could further add to his tally in this game.

Another fierce fast bowler Anrich Nortje is a must-have in your team. When Rabada has a below-par day, it is Nortje, who rips the batsmen with extreme pace and accuracy. Between him and Rabada, they have 38 wickets in the tournament so far, making them easily the best pace duo in the IPL 2020 so far. You can count on Nortje to get the team the initial breakthrough and maybe some more at the death. He has gone wicketless just once in his last five innings and three of those times, he has picked up two wickets in the match.

Our Criclytics player projector predicts Nortje could pick up 1-2 wickets in this match.