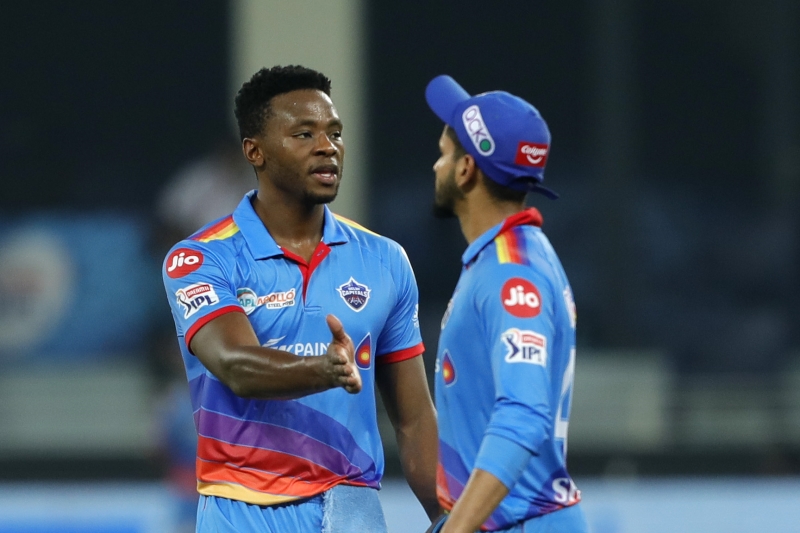 While Delhi Capitals find themselves high up on the 2020 Indian Premier League (IPL) table with 10 points from seven matches, Rajasthan Royals have some catching up to do as they have managed only six points from as many matches. Interestingly though, Delhi are coming into this game on the back of a loss against Mumbai Indians, while Rajasthan secured an enthralling victory against Sunrisers Hyderabad in their previous fixture.

This will be the second time that DC and RR will be facing each other this season. The Capitals eased to a comfortable 46-run win last Friday (October 9). In fact, Shreyas Iyer’s side have defeated the Royals in their previous four encounters. But when it comes to overall head-to-head record, RR hold a slight edge, having won 11 and lost 10 games against DC. 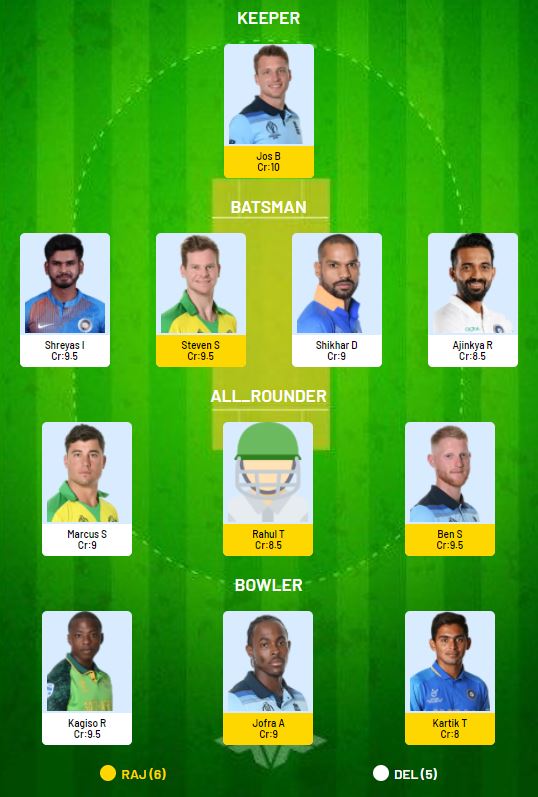 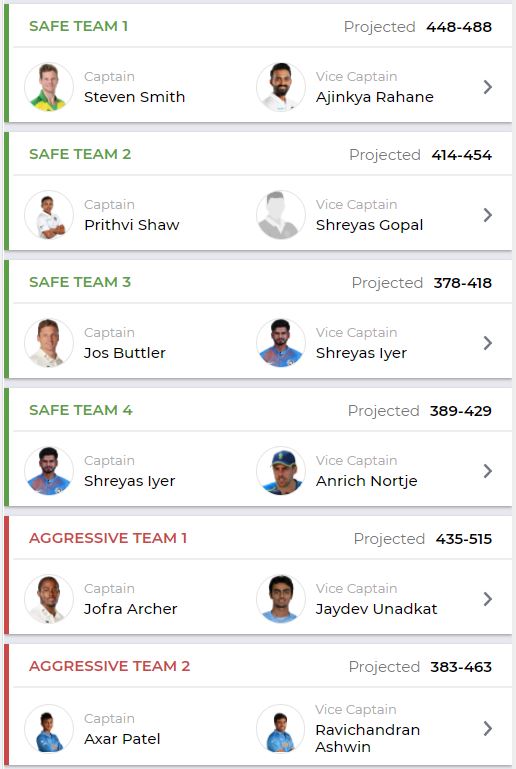 This will be the 14th match that will be held at the Dubai International Cricket Stadium in this season’s IPL. Teams batting first have been dominant so far here, winning 11 out of 13 matches.

In the 13 matches that have been held in Dubai in IPL 2020 till date, there have been 4246 runs scored, with a wicket falling every 27.4 runs and every 19.8 deliveries. There isn’t really a huge difference among the three stadiums when it comes to bowling strike rate, but Dubai (8.3) and Abu Dhabi (8.2) have a much lower run-rate when compared to Sharjah (9.7).

The average first innings total in Dubai across the 12 games has been 178, which is higher than Abu Dhabi (169) but greatly lower than Sharjah (209) this season. 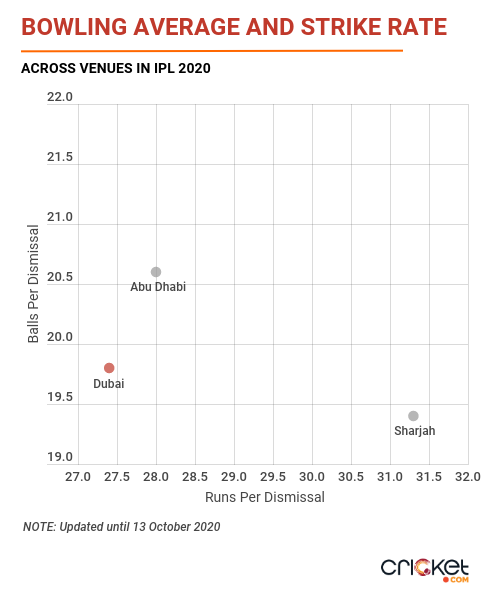 In the 13 matches in Dubai this season, pacers have taken 89 wickets while spinners have accounted for 51 dismissals. Interestingly, the percentage of wickets picked up by spinners is higher here (36.4%) than it is in Abu Dhabi (34.6%) and Sharjah (24.3%).

When it comes to average and economy rate, spinners have the better numbers so far this season in Dubai. For fantasy cricket, the most important of the aforementioned parameters, though, is strike rate. While spinners have picked up a wicket every 22.7 deliveries in Dubai this season, pacers have a strike rate of 21.4.

While you’d want to look at picking possibly two spinners in your team, we found it difficult to do so because of budget constraints. Kagiso Rabada and Jofra Archer have been tremendous with the ball, so they are must-haves which doesn’t leave you with many credits for spin-bowling options. If you want to include a second spinner, you can perhaps look at getting Sanju Samson for Jos Buttler or Prithvi Shaw for Steven Smith which would free up some credits. 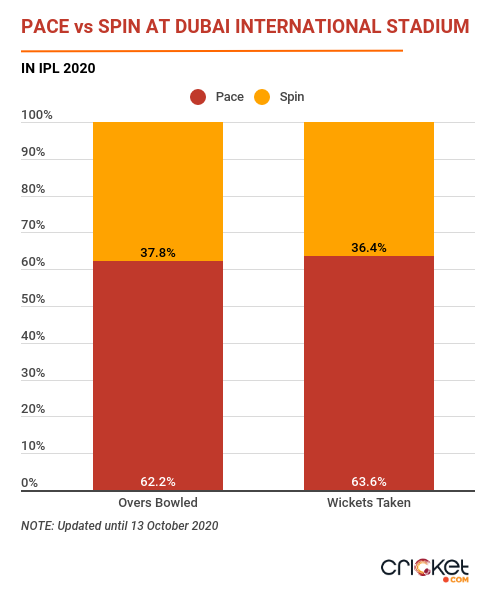 RR have used Shreyas Gopal quite a bit during the Powerplay so far this season. If they do continue with the same strategy here, we could get to see an interesting battle between Prithvi Shaw and Gopal. The Royals legspinner has bowled just 11 deliveries to Shaw in T20 cricket and has managed to dismiss him twice already. 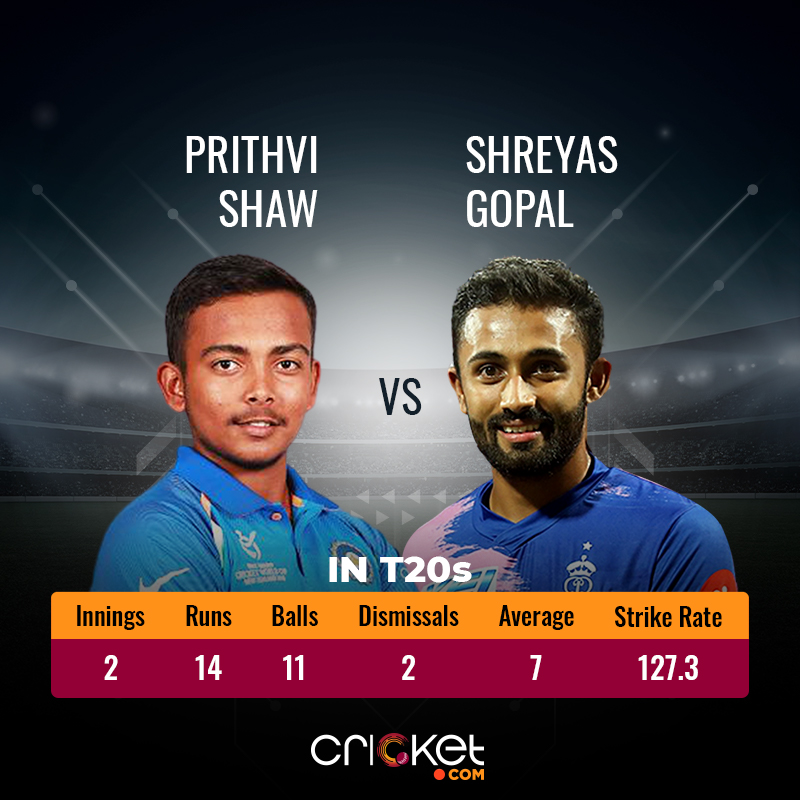 With Rishabh Pant set to miss the game due to injury, Alex Carey is expected to don the gloves once again for DC. Carey will also be expected to play a key role as a lower-order batsman – a role in which he is likely to come up against Jofra Archer towards the end of the innings. Archer has dismissed the Australian wicketkeeper-batsman thrice in T20 cricket so far and has kept the scoring rate down as well. 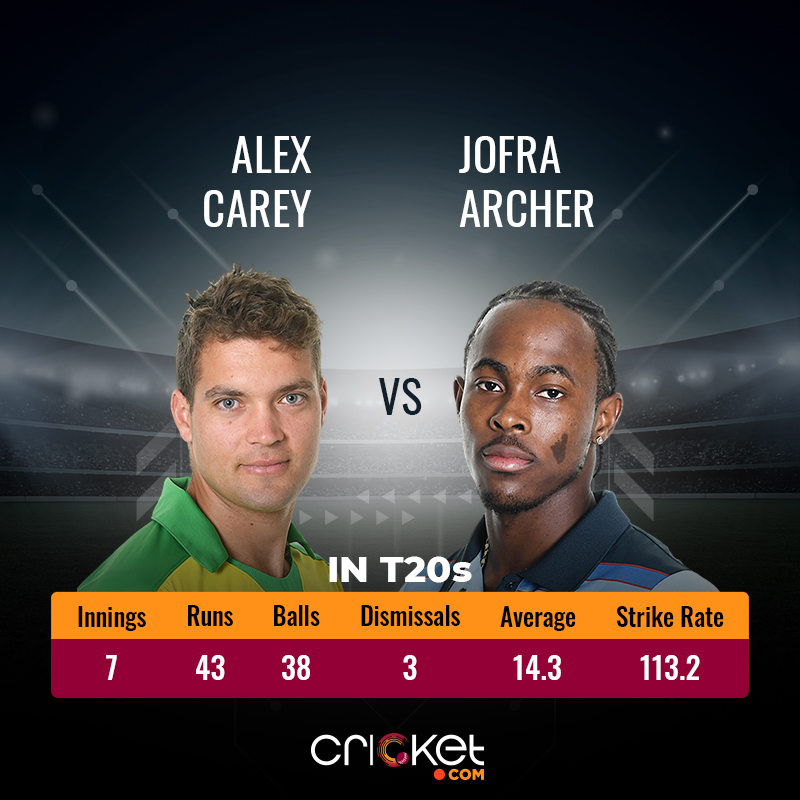 This match-up has had an extra edge to it ever since Ravichandran Ashwin ran Jos Buttler out at the non-striker’s end when the England wicketkeeper-batsman was backing up too much during a match in IPL 2019. Buttler hasn’t been able to score quickly against Ashwin in T20 cricket so far and was dismissed by the Indian offspinner for the first time in the format on Friday. 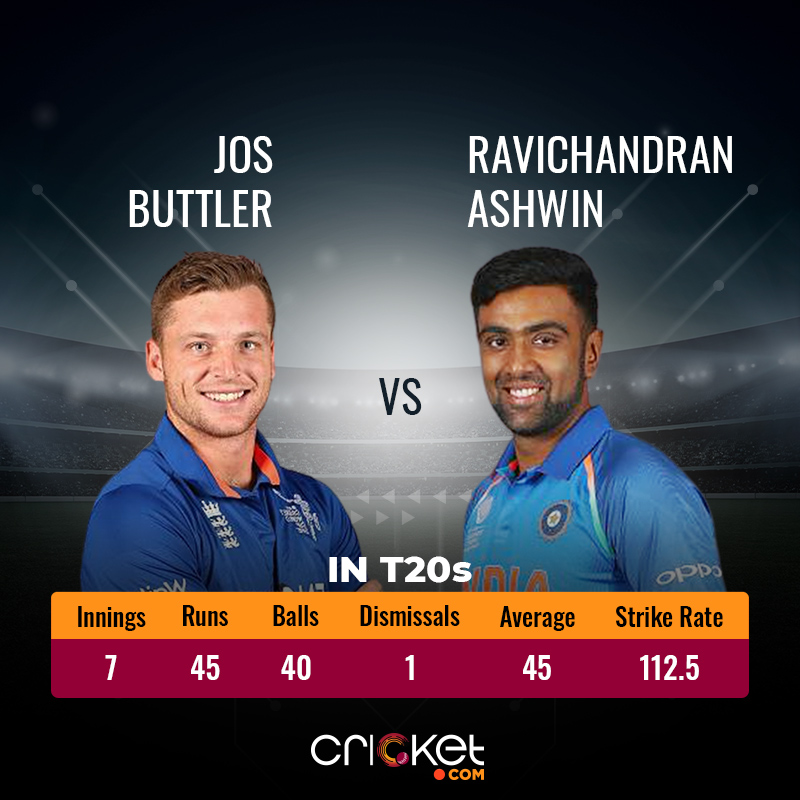 In the third T20I during Australia’s tour to South Africa earlier this year, Steven Smith took on Anrich Nortje and managed to score 20 runs from just six deliveries at the back end of the innings. When RR and DC met last Friday, the tables turned as Nortje dismissed Smith off the first delivery he bowled to the former Australian skipper. An interesting third round could be in store this time around. 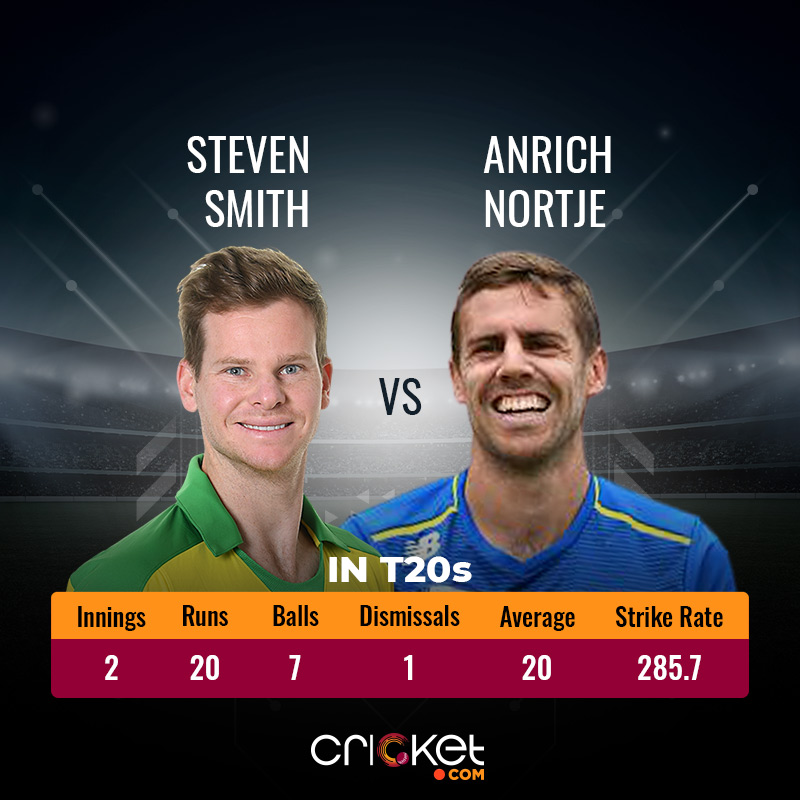 Usually, it’s quite risky to captain a bowler in fantasy cricket when it comes to the T20 format. But Kagiso Rabada’s consistency in the IPL recently has been such that he could turn out to be a good captaincy choice. In all seven matches this season so far, Rabada has picked up at least one wicket, with at least two dismissals in six of those games. In DC’s last three matches, he has taken nine wickets at a strike rate of 7.8.

After Ben Stokes bowled just one over and scored only five in his first match of the season, he is indeed a risky pick. But as long as he is opening the batting, he should be a really valuable asset to have in fantasy cricket. With more match practice, he is likely to bowl more overs as well. So, one would think that it won’t be long before the 2017 IPL Most Valuable Player ups his game. Since 2019, he has a bowling strike rate of 16.1 in T20 cricket.

Our Criclytics player projector predicts Stokes could score 9-26 runs and could take 0-1 wickets in this match.

Shreyas Iyer was a player that we did consider for captaincy. The reason we went for Rabada over Iyer in the end was because with Ajinkya Rahane playing, the DC captain batted at number four in the last match which lowers his fantasy potential a little bit. Having said that though, he is still a great player to have in your team. Iyer currently has a batting average of 40.8 and strike rate of 138.4 in IPL 2020.

While RR have had a mixed season so far, Jofra Archer has consistently performed well. He has taken nine wickets so far this season, securing at least one dismissal in six out of seven matches. At times, he can get you some important points with his batting as well. In IPL 2020, he has scored 88 runs in six innings, with two 20+ scores – considering he is a bowler in fantasy cricket, this is an added bonus.