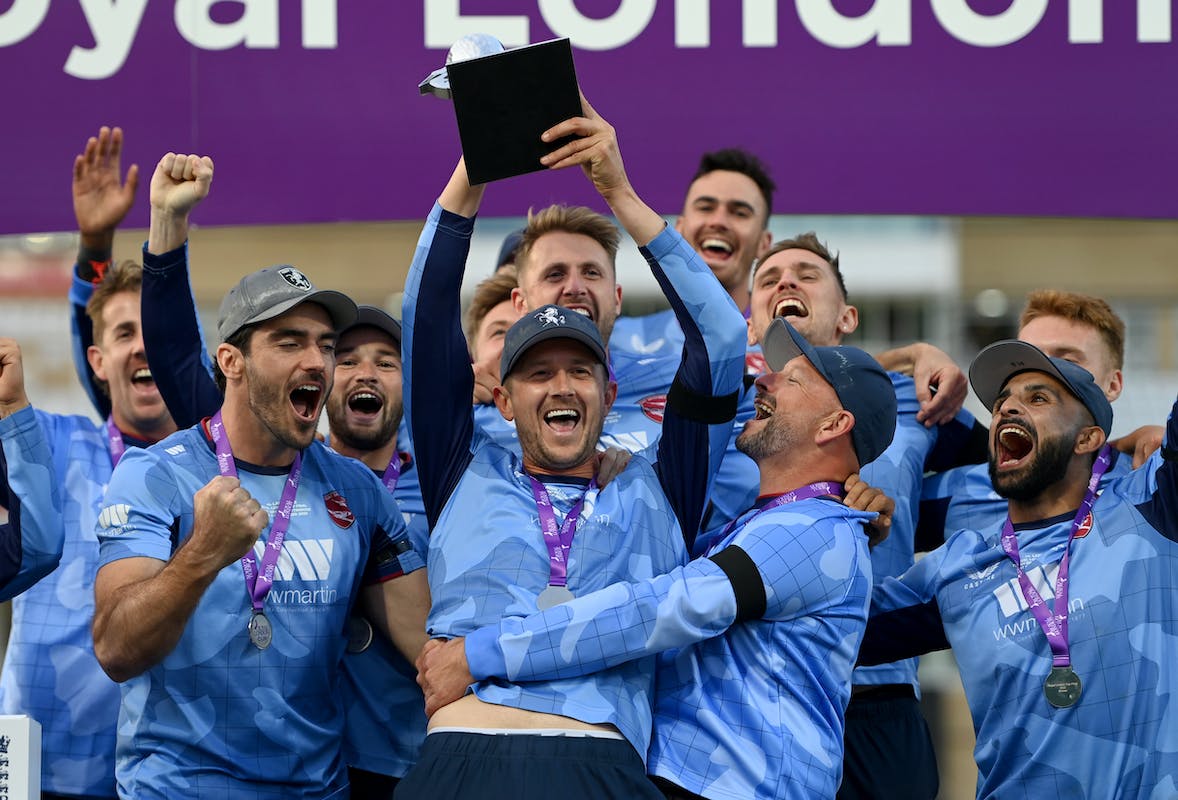 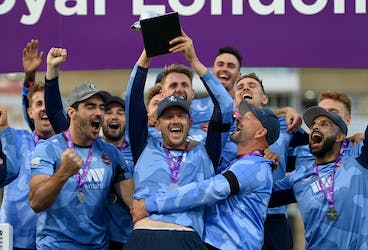 20-year-old Evison walked away with the Player of the Match award, after he backed up his 97 with the bat with a two-fer in the second innings

Kent have been crowned the 2022 Royal London One Day Cup Champions after beating the Keaton Jennings-led Lancashire side by 21 runs in the final at Trent Bridge on Saturday. It is a triumphant end to the 2022 English summer for Kent, who had a nightmare of a Vitality Blast, finishing bottom of South Group with just three wins in 14 matches.

Skipper Joe Denly called it right at the toss and opted to bat, but disaster struck for Kent early on as they lost Ben Compton in the very first over for a duck. Compton fell to Tom Bailey, ensuring that the 2018 finalists got off to the worst possible start. Wicket-keeper Ollie Robinson then steadied the ship with a brisk 43, but then Kent took charge thanks to a fine 133-run stand between skipper Denly and 20-year-old opener Joey Evison. The pair ground the Lancashire bowlers down and at 212/2, Kent were in total command.

At this point Kent looked like they might even target 350, but the dismissals of both set batters — Evison 97 and Denly 78 — killed momentum and brought Lancashire back into the game. Jennings’ side pulled things back very well, but a cameo towards the back end of the innings from veteran Darren Stevens propelled Kent to 306/6.

307 looked very much a chaseable target for Lancashire, but the fall of wickets at regular intervals ensured that Jennings’ side were never able to build momentum consistently for a long period of time. Lancahsire got off to a flyer, racing to 70/1 inside the 12th over, but periodic dismissals saw the side get reduced to 153/4.

Lancashire, at this point, were behind the eight ball, but a 59-run stand between Steven Croft and Rob Jones took the side to 212/4 in the 39th over, putting them in pole position to chase the target down.

But just when it looked like Jennings’ side had finally gotten ahead in the contest, a double-strike from Nathan Gilchrist soon reduced them to 220/6. The two wickets opened the door for the Kent attack to seal the deal, and the rest of the attack obliged as they bowled Lancashire out for 285 to complete a 21-run victory.

20-year-old Evison walked away with the Player of the Match award, after he backed up his 97 with the bat with a two-fer in the second innings.