Determined to walk away with at least one win in the Super 12 : Logan van Beek 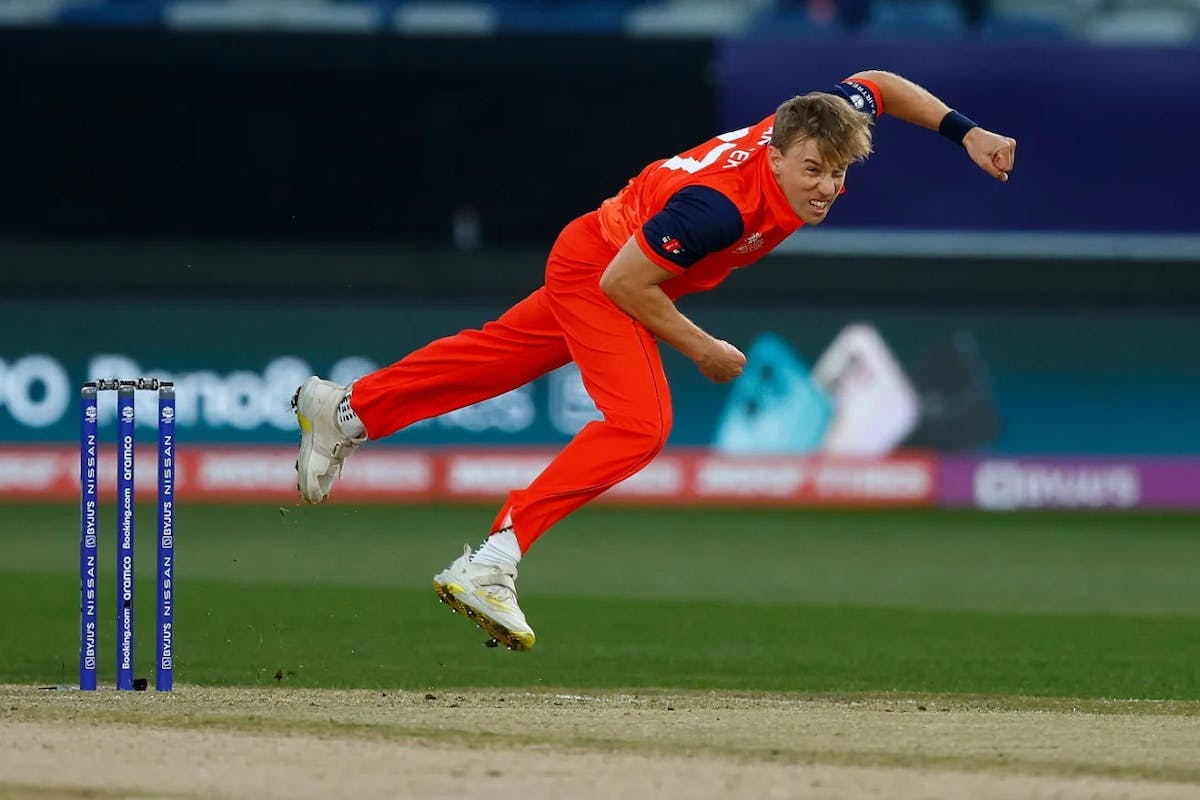 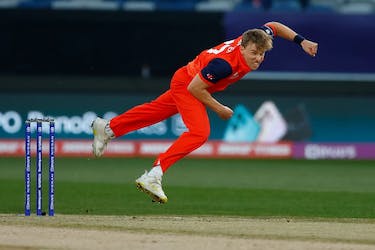 Determined to walk away with at least one win in the Super 12 : Logan van Beek

On Wednesday, they will come face to face with a spirited Zimbabwe line-up, who can still upset the apple cart and hold the chance to qualify for the main round

In the Super12, the Netherlands’ inexperience came to the fore as the batters failed to compliment the little job that their bowlers were doing and as a result, they were annihilated in three straight games of the competition. On Wednesday, they will come face to face with a spirited Zimbabwe line-up, who can still upset the apple cart and hold the chance to qualify for the main round. For Netherlands’ Logan van Beek, this is an opportunity to turn up and make the tournament memorable by at least winning one game in the Super 12 phase.

“Well, first positive thing is obviously qualifying into the next round. That's been something that we wanted to achieve, and to sit there, go out and achieve that was awesome. But the novelty has kind of worn off now after the first three games we played. We haven't put in a complete performance in these three games, and so the guys are determined to change that when it comes to these last two matches and walk away with at least one win but hopefully two wins,” van Beek said in the pre-match press conference.

In an unfortunate incident during the last game against Pakistan, Dutch batter Bas De Leede was hit on the grill of his helmet while ducking a Haris Rauf bouncer and that caused an ugly cut right below his right eye. De Leede had to head to the pavilion as retired hurt and sat in the dugout for the rest of the match with an icepack in his hand. Logan van Beek revealed that he is totally fine but will go through a couple of fitness tests before the team management can take a final call for the Zimbabwe clash.

“We're actually at indoor cricket at the moment. It's raining here in Adelaide, and Bas is training just in front of me now. Yeah, he's feeling fine. I think it's just a matter of him working with the physios and doctors just to make sure that there's no continued concussion, and as well, that his eyesight is fully functional. I think he's got a couple of fitness tests to get through, but at this stage he seems pretty positive and jovial,” van Beek updated.

Speaking of the India match, van Beek said it was a really special occasion for them as a team and for him as a player personally to experience the magnitude of pressure that comes to playing against some of the best players in the world.

“The India match was something really special and something that everyone has taken a lot from, not only getting a chance to bowl against some of the best players in the world, but to also face some of these guys that we watch on TV quite a lot, and to be middle of the ECG, nearly 40,000 fans, for me personally it was a really special moment, bowling those last two overs to SK and Virat. You're in the middle, you're under the pump, they're only two down and you've got to somehow try and bowl yorkers. So that was a really cool test and something that I will kind of take forward in my career,” the Dutch bowler added.