Dew made it difficult for us, says KL Rahul after opening loss 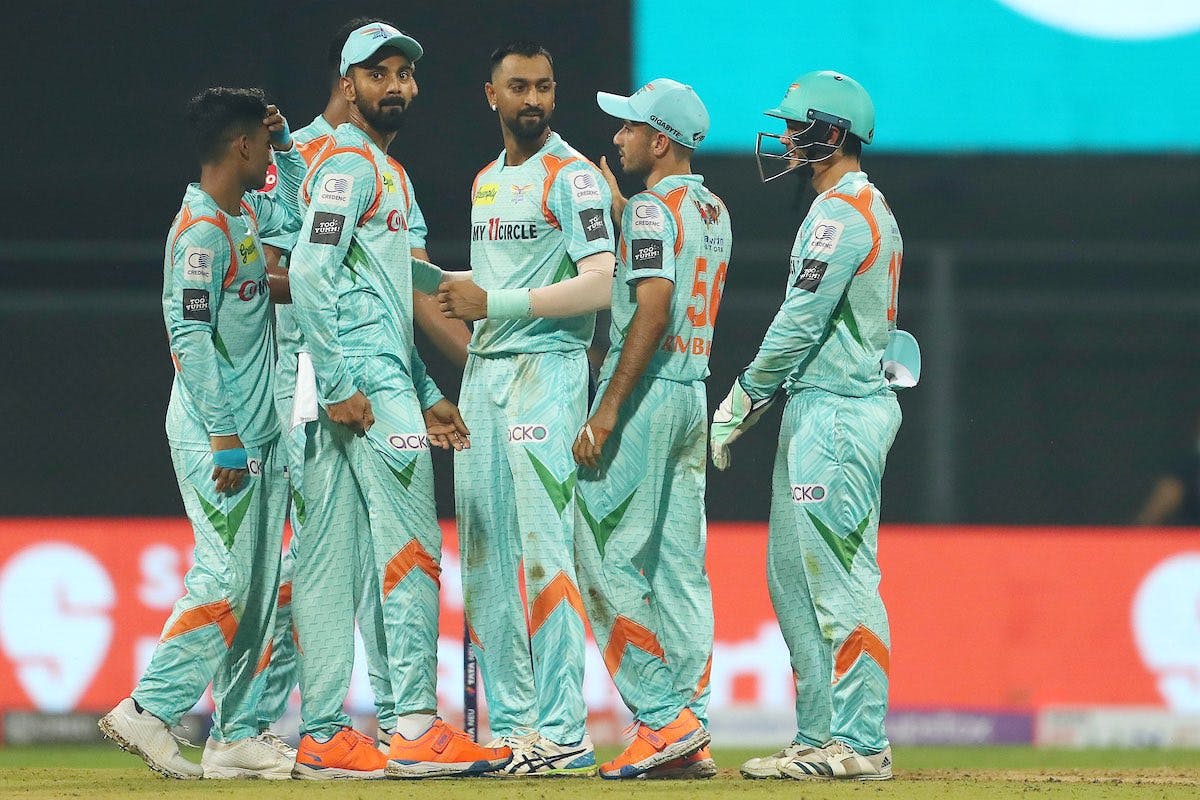 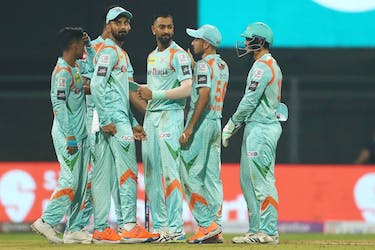 Dew made it difficult for us, says KL Rahul after opening loss

Lucknow Super Giants skipper KL Rahul felt that his team was in the contest till the 15th over before the dew factor affected their chances against Gujarat Titans on Monday. LSG, making their IPL debut against new entrants Gujarat, failed to defend a total of 159 on a batting-friendly pitch at the Wankhede Stadium in Mumbai.

LSG conceded 70 runs in the last 28 balls as Gujarat started off their campaign with a five-wicket win.

" I think we gave ourselves a good chance with the ball till the 14th or 15th over. But it can be difficult with the dew. We need to go back and practise a bit more with the wet ball," Rahul said in the post-match presentation.

Rahul was happy with the team's performance after they recovered from 29/4 to post 158/6 after debutant Ayush Badoni and Deepak Hooda added 87 runs for the fifth wicket.

"I think it was a phenomenal game. The start wasn't ideal but the way we recovered was phenomenal. We know at the Wankhede the ball can do something initially. We couldn't have started the campaign in a better way. The win would have been great but a lot to learn from this," he said.

Mohammad Shami toppled LSG's top order including the wicket of Rahul off the first ball of the innings. Gujarat romped home thanks to fiery 40 off 24 balls from Rahul Tewatia and Abhinav Manohar (15 off 7 balls).

"If anyone can exploit the pitch, it's Shami. I have played with him for three-four years the last franchise and I knew he could be dangerous. Credit to Tewatia and Abhinav as well," he said.

"He is the baby AB for us, From the first day he was batting, it was unbelievable. He can hit the ball 360 degrees," he said.

GT captain Hardik Pandya was glad to get the campaign off to a winning start and praised Shami who claimed 3-25.

"This was a right game for us to finish on either side but I am happy that we won. When wicket assists you a little bit, Shami can really come into the game. He got us to a great start," the allrounder said.

Speaking about his batting position at No.4 and holding back Shami's fourth over till the end, Hardik said: "I want to take some more responsibility with the bat. It was quite humid as well so I didn't want to take the risk of giving Shami his fourth over on the trot."

LSG will face off against defending champions Chennai Super Kings on March 31 at the Brabourne Stadium, Mumbai. Gujarat Titans' next match is against Delhi Capitals at the MCA Stadium in Pune on April 2.