Dhawan becomes the first opener to 5000 runs in IPL 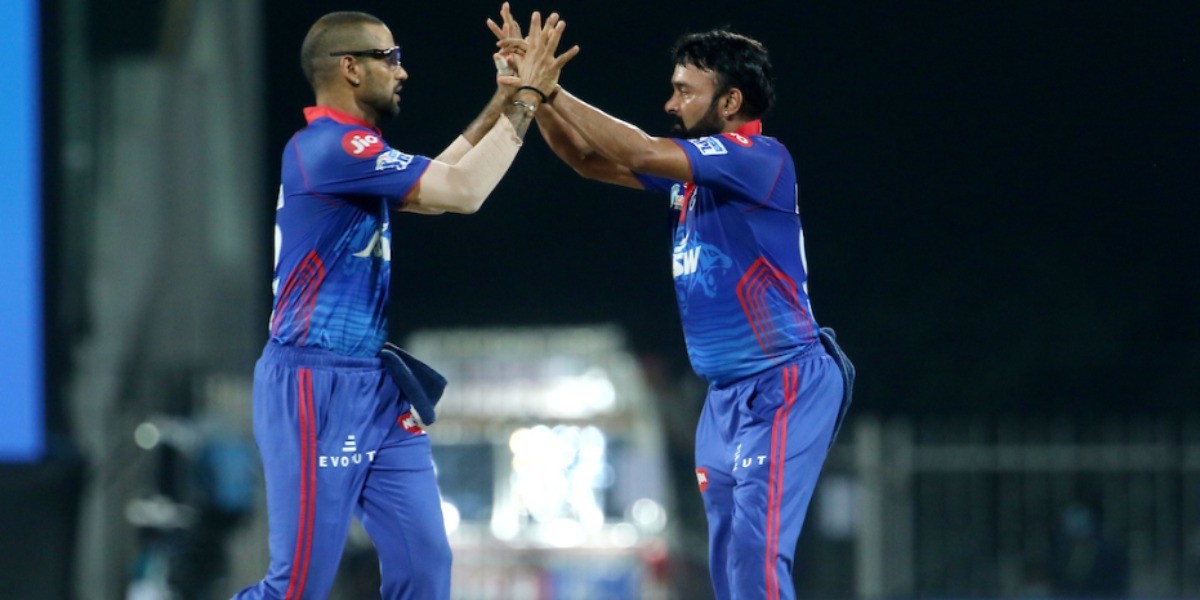 Dhawan becomes the first opener to 5000 runs in IPL

Prior to tonight’s game, teams defending had won four out of the five matches at Chepauk, all four in succession. The trend that was set in the last four matches has now been broken. After Mumbai Indians skipper Rohit Sharma, decided to bat first, Mumbai crawled to a score of 137. Delhi Capitals in their reply, had some twists and turns, but managed to reach the target with five balls to spare. Delhi now plunge to second spot in the table with six points after their win. 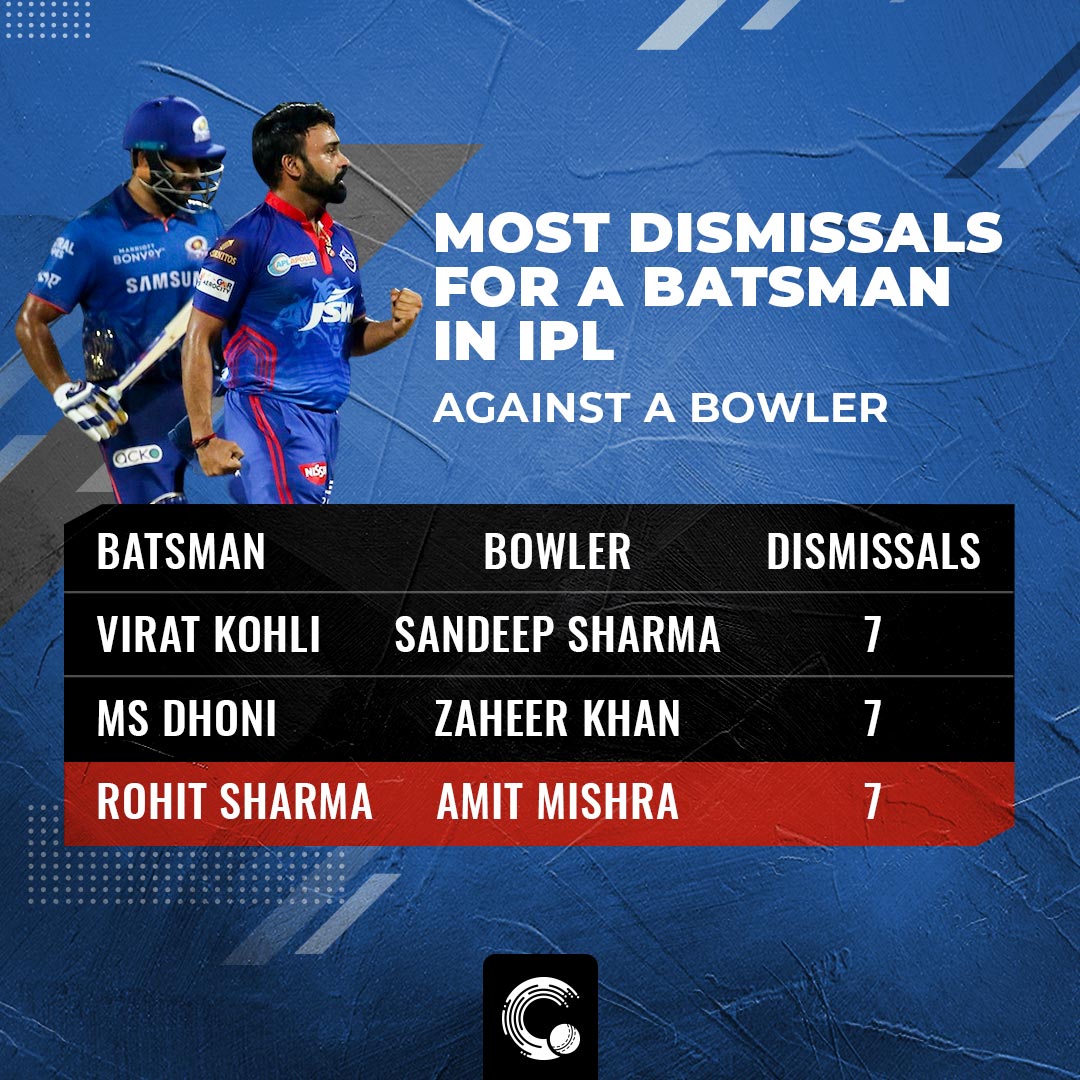 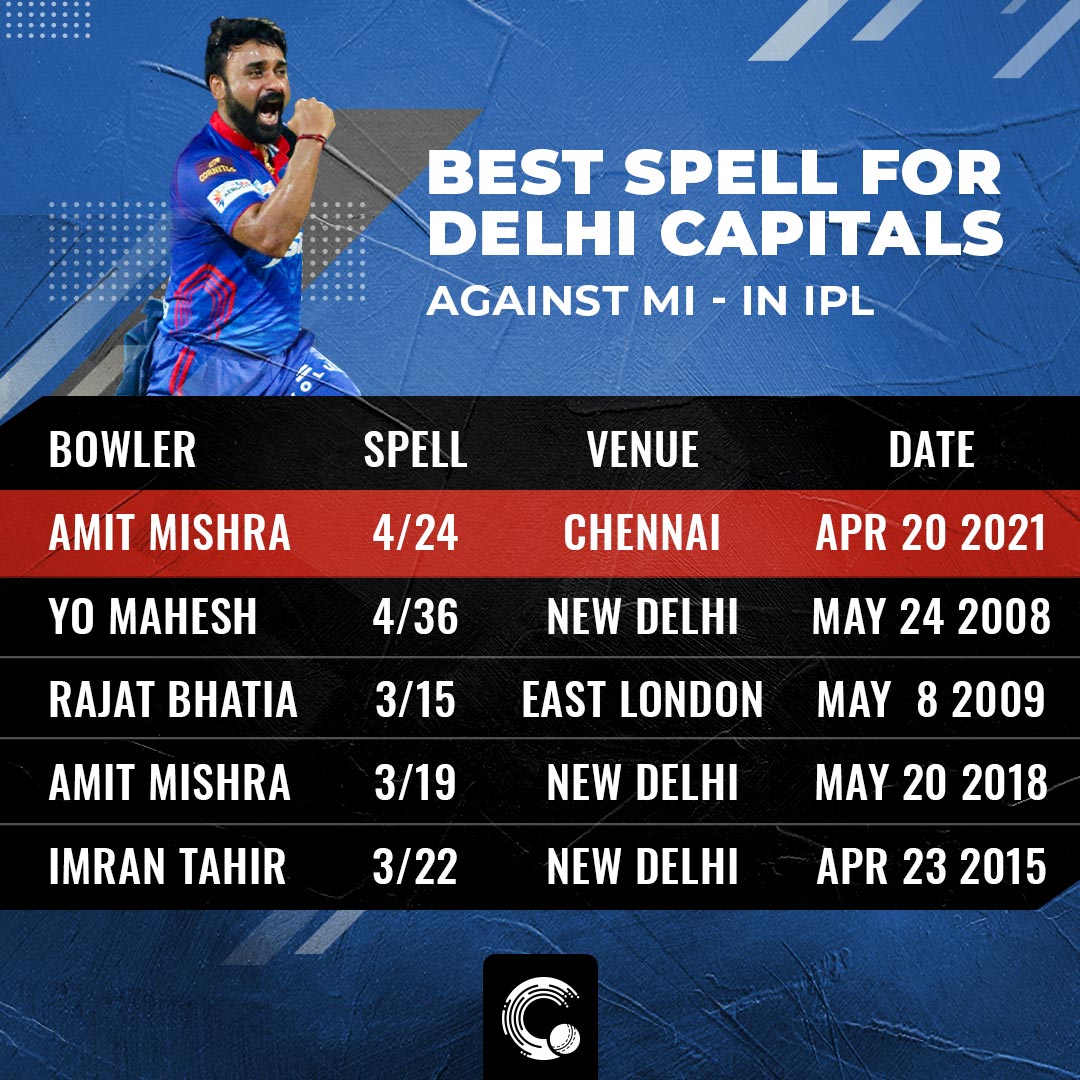 On slow pitches like Chennai, bowlers like Mishra can be a handful against a batting mighty team like Mumbai as well. Trying to unsettle the old timer, Rohit miscued one straight to long on in his second over, becoming the first of the four. In the same over, Mishra bagged Hardik Pandya and in his third, the dangerous Kieron Pollard. When he bagged Ishan Kishan as his fourth, Mishra had conceded only 24 runs, which became the best spell by a Delhi bowler against Mumbai in IPL. This was only the second instance of a Delhi bowler bagging a four-wicket haul against Mumbai. The previous one dates back to 2008. 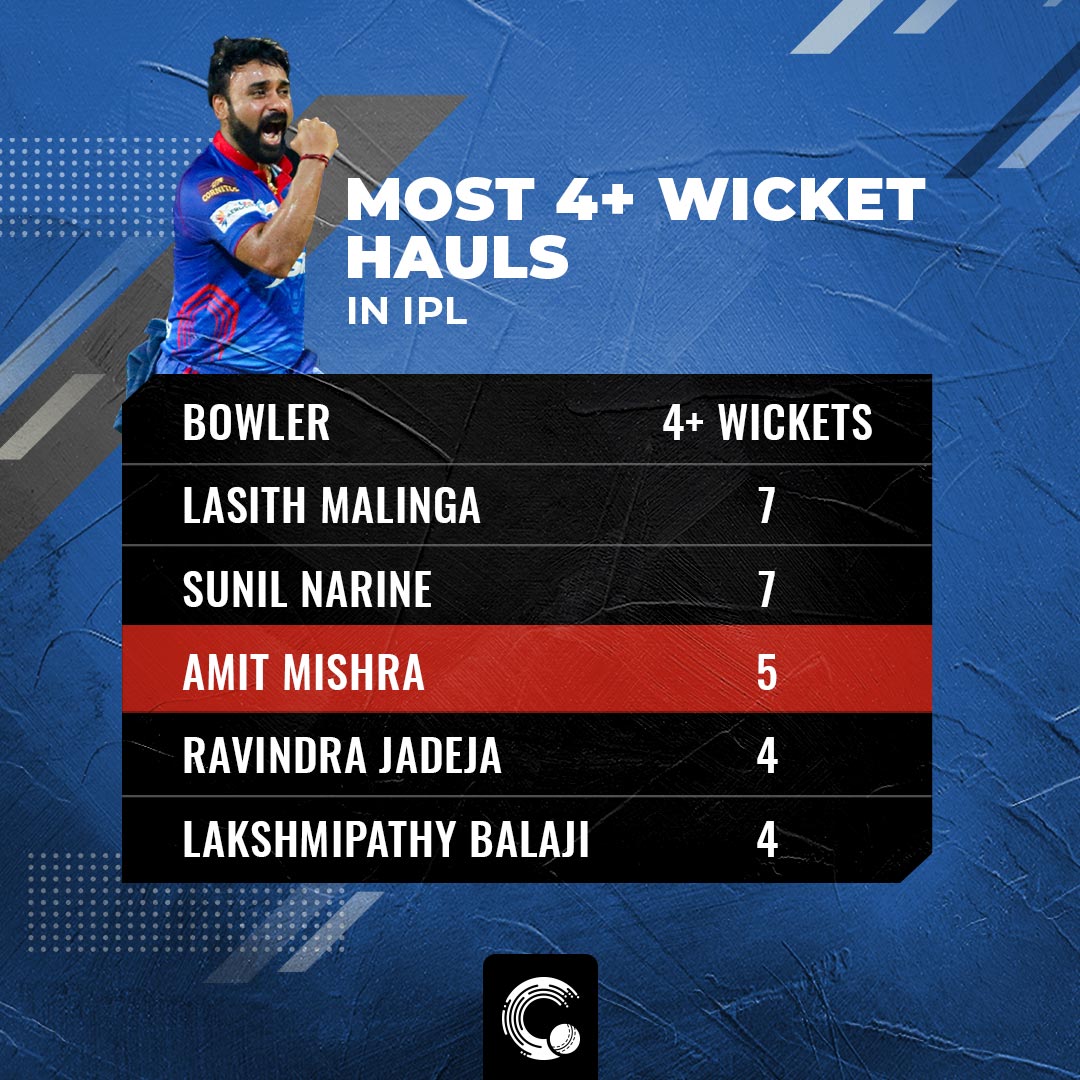 Mishra registered another record in his innings against Mumbai. This was the fifth time Mishra had recorded a four+ wicket haul in IPL. Only two bowlers in IPL have achieved this feat more than Mishra. Lasith Malinga and Sunil Narine have seven four+ wicket hauls. Among Indians, none has more than Mishra. Ravindra Jadeja and Lakshmipathy Balaji have four each. On the other hand, Mishra extended his tally of wickets to 164, six away from levelling and seven away from becoming the leading wicket taker in IPL.

Not able to sustain the first six overs 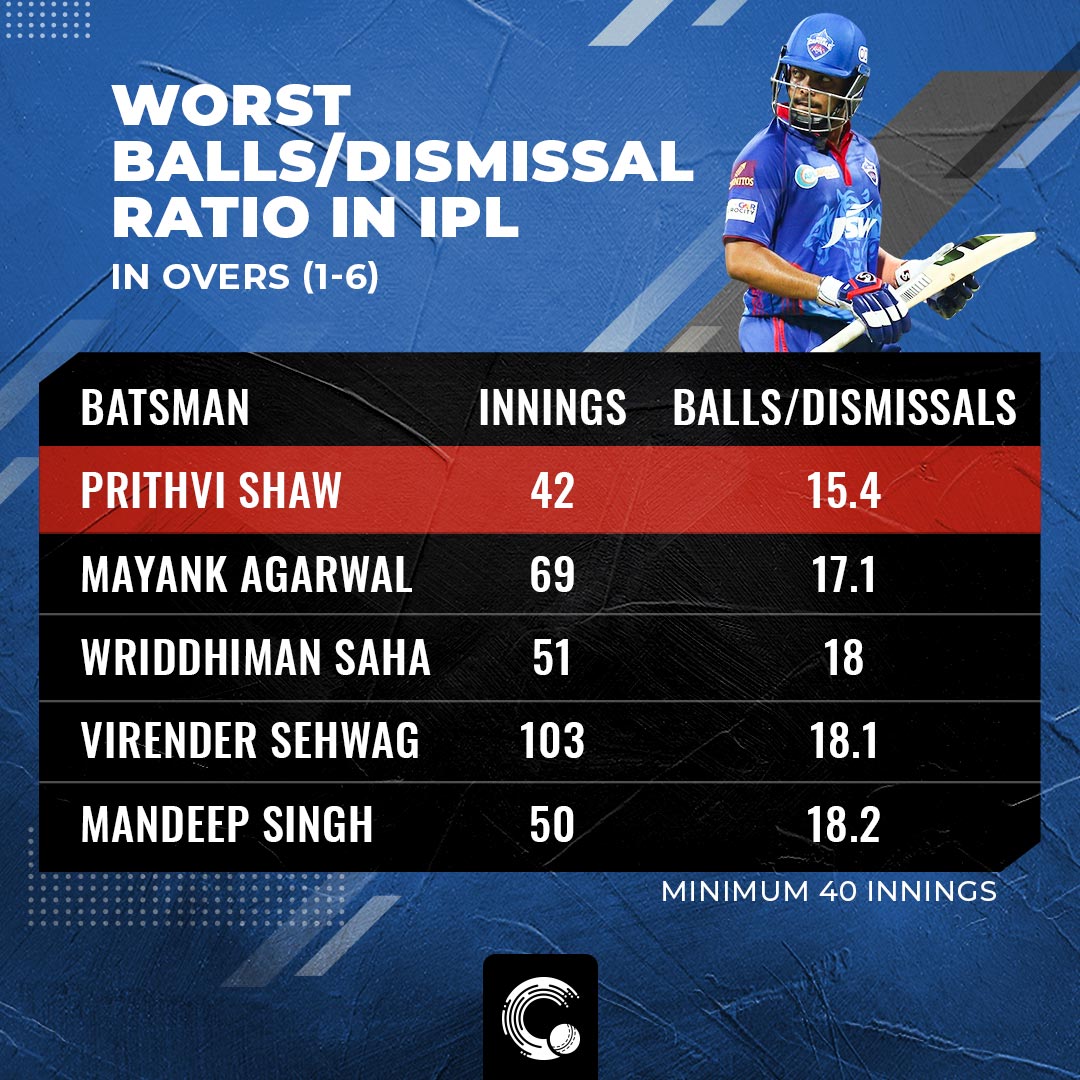 Prithvi Shaw is certainly a young talent to watch out for in IPL. On back of a sensational form in the domestic season, a lot more was expected out of him. However, the consistency has been his biggest question mark, just like how Rohit was at the start of his career. The biggest of his concerns has been sustaining the first six overs. 71 percent of the times, he has been dismissed in the first six overs (30 out of 42), a certain high percentage. He has a balls/dismissal ratio of 15.4 in this phase, which is the worst among batsmen who have played 40+ innings in IPL.

Shikhar at the “Shikhar” 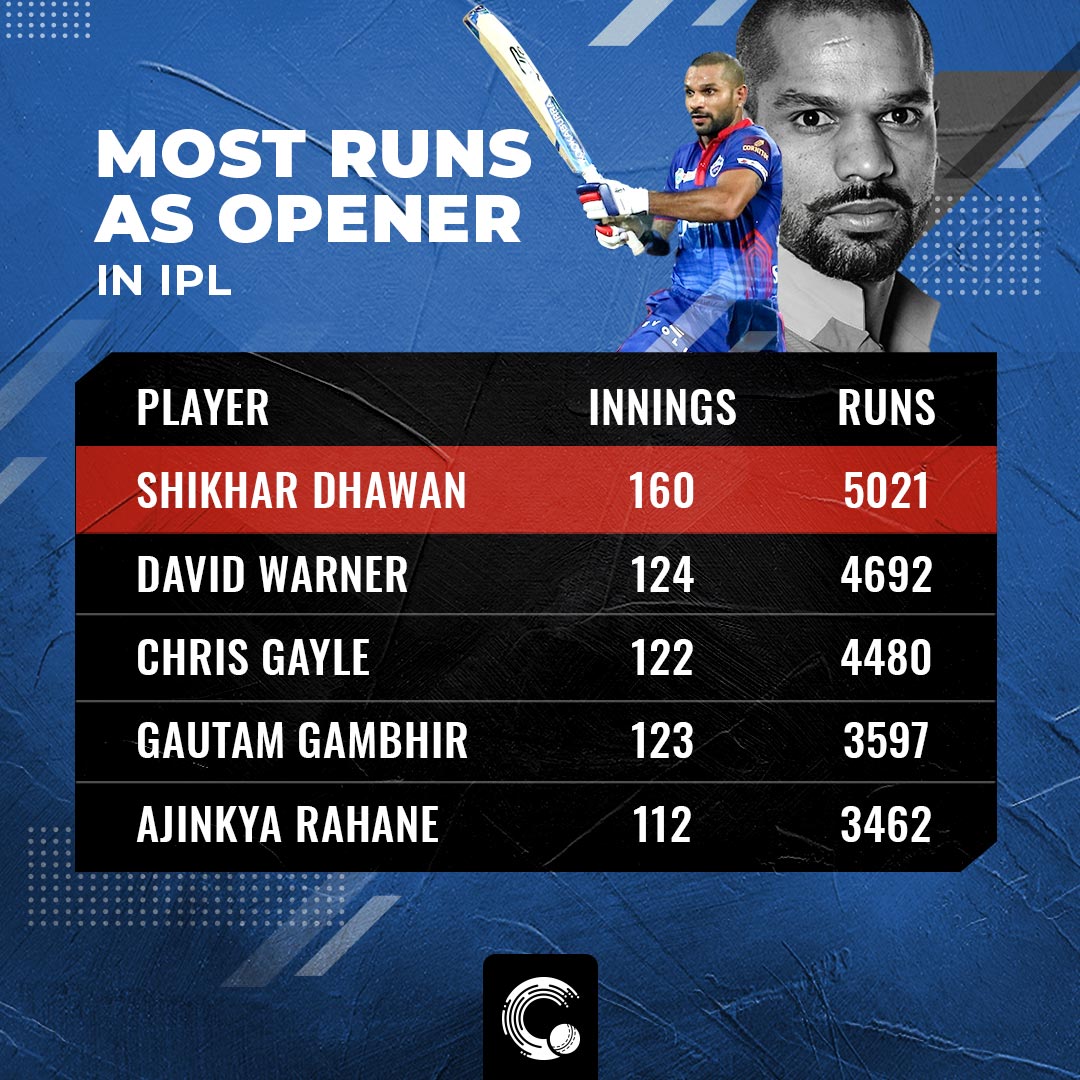 An in form Dhawan is a blessing for the Delhi based franchise and India. The orange cap holder this season, was on his way for another half-century in the game against Mumbai. But, it was cut short by Rahul Chahar. On route to his innings of 45, Dhawan reached a prominent landmark. When he reached 24, Dhawan became the first opener in IPL to register 5000 runs. As an opener, Dhawan has scored 5021 runs in IPL with 39 half-centuries and two centuries.

Coming into this match, Delhi’s record at the venue and against opposition were horrendous. In the previous edition, Delhi had lost all the four matches that they had played against Mumbai. Adding one more from 2019, in the last five outings Delhi didn’t have a win. Adding salt to their injury, the last time they had won a match in Chennai in IPL was way back in 2010. Post that, they were suffering a six game losing streak at Chepauk. However, their experienced players bailed them out and broke the jinx, both against the opposition and the venue.