Dhawan delighted to see Shaw, Kishan's bat at the other end 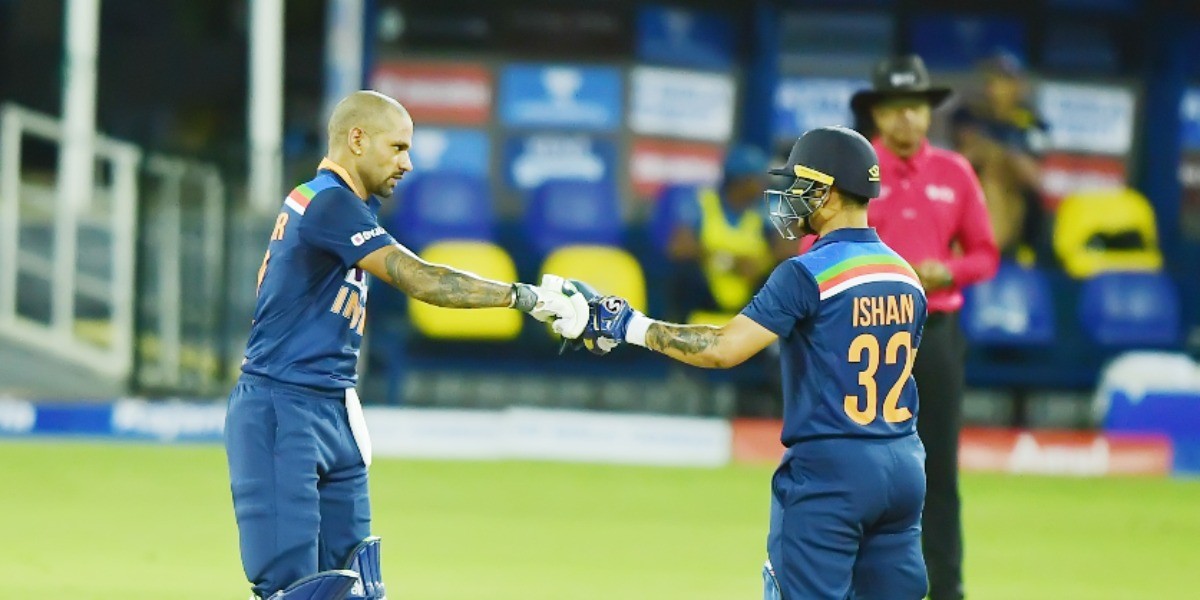 Dhawan delighted to see Shaw, Kishan's bat at the other end

India captain Shikhar Dhawan said he thoroughly enjoyed Prithvi Shaw and Ishan Kishan's fireworks from the non-striker's end as they set up a thumping seven-wicket win over Sri Lanka in the first ODI on Sunday.

Set a target of 263, Shaw (43 from 24 balls) and Kishan (59 from 42 balls) laid the foundation with early onslaught while Dhawan scored an unbeaten 86 to take the visitors over the line with 150 balls to spare.

"Absolutely, all our boys, most of them have played earlier and they are very matured and aggressive as well. The way they played the game today was tremendous. And I was very happy with their efforts," Dhawan said at the post-match presentation.

"When we batted, I guess it was lovely to stand on the other end and see Prithvi going for the first seven overs and then Ishan coming in and playing his first ball of ODI cricket and I was telling him to take it easy," he added.

Opting to bat, Sri Lanka were restricted to 262 for nine, with pacer Deepak Chahar (2/37), and spinners Kuldeep Yadav (2/48) and Yuzvendra Chahal (2/52) picking two wickets each. Dhawan praised his spinners for breaking the hosts' momentum regularly.

"We knew that the wicket had a bit of turn, but the way (our) spinners bowled from the 10th over, they got us back straightaway and they took wickets and all the three spinners did amazing and then later our fast bowlers did a great job," Dhawan said.

Dhawan, who became the fourth fastest to reach 6,000 ODI runs on Sunday, felt that Shaw and Kishan tipped the match in India's favour within the first 15 overs.

"The way Prithvi as well as Ishan batted today, it was tremendous and they finished the game in the first 15 overs only. We were just knocking around (then)," said Dhawan.

"Yes, actually, earlier on we started really well but it was hanging a bit, they (Indian bowlers) varied the pace really well. So, I think our batsmen couldn't get the rhythm going on," he said.

The second ODI of the three-match series will be held on July 20 at the R Premadasa Stadium in Colombo.