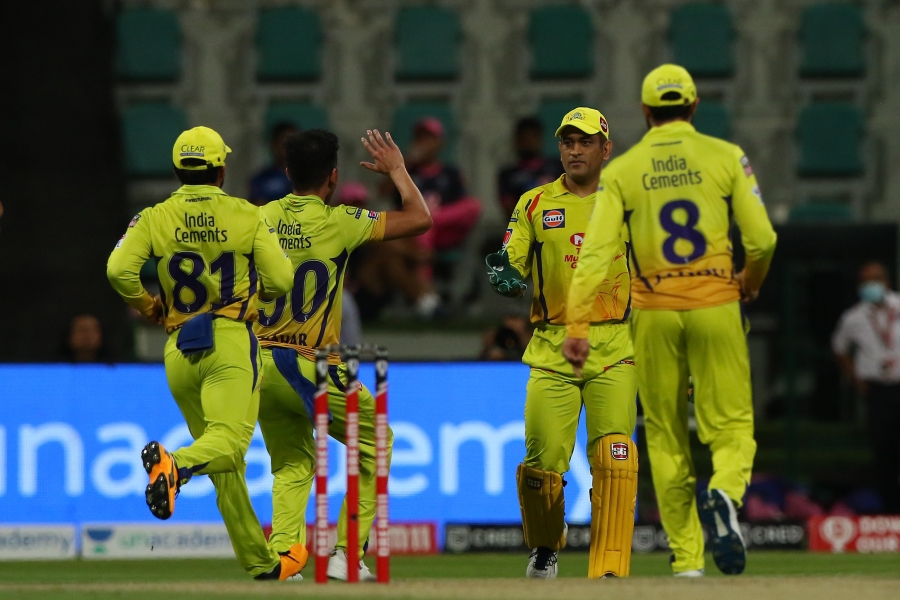 The 39-year-old said his team, dubbed as the "Dad's Army" by the media, will give the youngsters a go in the remaining games of the league

Mahendra Singh Dhoni admitted on Monday that Chennai Super Kings have not lived up to their billing this Indian Premier League season after the three-time winners were outclassed by Rajasthan Royals.

Chennai skipper Dhoni's 200th match in the Twenty20 tournament turned out to be a damp squib as his team lost by seven wickets in Abu Dhabi to slip to the bottom of the eight-team table.

Jos Buttler's unbeaten 70 and disciplined bowling helped the Steve Smith-led Royals dominate the game after being put into field first.

"It's fair enough, this season we weren't there," a disappointed Dhoni said after Chennai's seventh loss from 10 matches.

"Also there were few chances to the youngsters and maybe we didn't see the kind of spark that they could have given us to say okay, to push (out) the experienced guys, and maybe make space for them (youngsters)."

Dhoni, 39, said his team, dubbed as the "Dad's Army" by the media, will give the youngsters a go in the remaining games of the league as Chennai still have an outside chance to progress to the play-offs.

"Today the result what it really does is give those guys (youngsters), whatever is left in our league stage, a chance and they play without pressure," said the veteran wicketkeeper-batsman.

Jofra Archer led Royals' bowling with figures of 1-20 to restrict Chennai to 125 for five, a total Royals surpassed with 2.3 overs to spare and move to fifth spot in 10 matches.

Buttler, who came to bat at number five rather than his usual opening slot, put on an unbeaten 98-run stand with skipper Steve Smith, who made 26, after Royals lost three early wickets.

"I thought we bowled pretty well in the powerplay and the spinners did a good job in the middle with their leggies and googlies and squeezing," said Smith.

"Shreyas (Gopal) last two years has been sensational for us and (Rahul) Tewatia this year whether batting, bowling or fielding, has done the job. Buttler's innings took the pressure off me at the other end."

Leg-spinners Shreyas Gopal and Rahul Tewatia were miserly in their eight overs, giving away just 32 runs between them and took a wicket each.

Chennai's top-order failed to fire and Dhoni's run-a-ball 28 and an unbeaten 35 from Ravindra Jadeja gave the team total some respect.