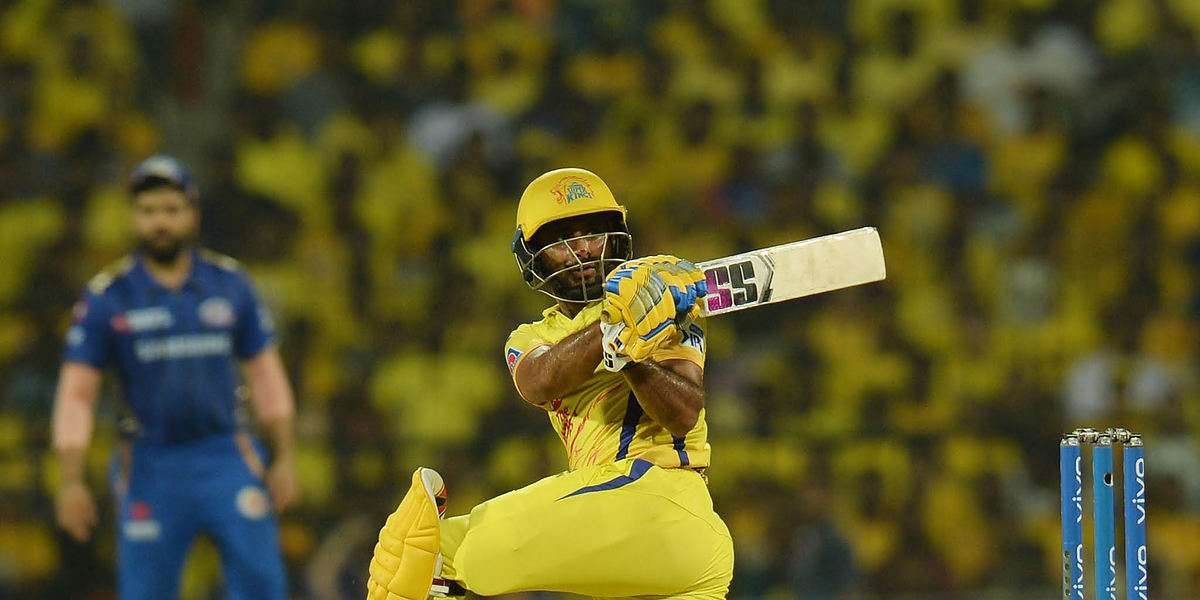 Was this a sequel to the opening game of IPL 2018?

We had CSK looking down and out, then Jasprit Bumrah was unable to find his length. CSK’s foreign all-rounder played a cameo and all this while Hardik Pandya did not ball, but made his frustration clear.

Despite being two down with six runs on the board, CSK ended their drought against MI with a win after five consecutive losses against them. It took a sublime innings from Ambati Rayudu, an unbeaten half-century from du Plessis and a cameo from Sam Curran for them to cross the line.

Mumbai had 39 non-scoring balls in their innings. After a poor start, CSK had 25 such deliveries in just the first six overs. But, such was the alertness and intent with which Rayudu and du Plessis batted that CSK ended with 34 dot balls in total.

The duo played only six dot balls in the nine overs after the Powerplay. During the middle-overs, they milked MI’s inexperienced spin bowling attack, with one boundary shot in almost every over.

The South African started the expansive strokes with an inside out four off Rahul Chahar. Then, MI let the tide turn with two misfields in Rahul’s next over. Both of them resulted in boundaries.

Not letting the spinners settle-in, Rayudu used his feet against them to hit both Rahul and Krunal Pandya for a six each. He did not alter his approach against Jasprit Bumrah and slapped him straight for four after dancing down the track. Thus, adding 79 runs in the overs 7-15, Rayudu and du Plessis brought CSK back in the match. 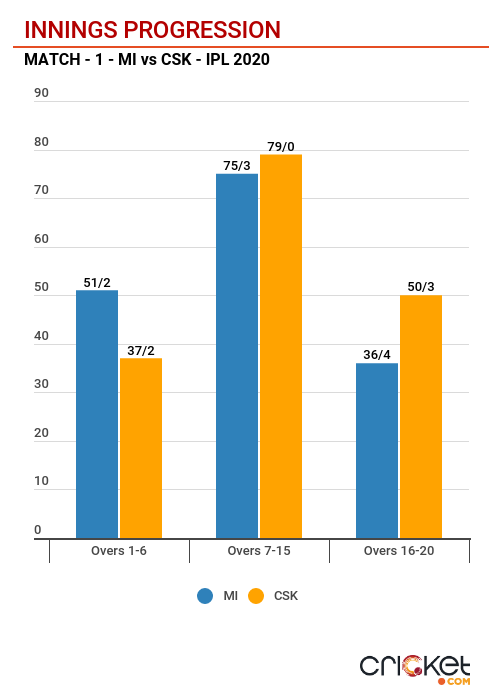 Rayudu’s dismissal in the 16th over could have pegged them back but Curran wasn’t having any of it. Getting on with it straight away, he took a liking to Krunal Pandya's angle and hit him for a six and a four on the leg side. Going one step better, he repeated the same against Bumrah who bowled far too many length balls then the situation demanded. Du Plessis provided the finishing touch by hitting Trent Boult for two boundaries in the final over.

In comparison to MI’s start, CSK’s innings in the Powerplay was a complete contrast.

The pace and swing from Trent Boult and James Pattinson was too difficult to handle for CSK openers. Boult’s stock ball that comes into a right-hander, hit the out of touch Shane Watson on the back leg and found him plumb in front.

Similar to Watson, Murali Vijay looked out of sorts. With no clue on how to handle Pattinson’s pace, Vijay played put the entire second over without scoring a run. After surviving a close LBW shout, he did not care to review the one on the last ball which, as suggested by the replays, was missing the stumps.

Rayudu and du Plessis then shouldered the responsibility to rebuild. Breaking the shackles, the pair creamed a boundary on the offside in each of the next four overs. The last of which came off a no-ball from Bumrah. Making full use of the first release of pressure from the MI bowlers, Rayudu belted a pull in front of the square over the ropes.

Earlier, CSK bowlers scripted a remarkable comeback for their side. MI were 45 for no loss after the first four overs. They added only 117 in the next 16 overs. They could score only 36 runs in the last five overs after losing six wickets for 41 runs.

From the way the MI openers started, it did not feel like their first game after a break. The same was not true for the pace bowlers. Lose to start with on an easy-paced wicket, Deepak Chahar and Ngidi lacked any rhythm.

Delving into the offering, the MI openers – Rohit Sharma and Quinton de Kock looked on a mission to improve their powerplay record. Rohit caressed the first ball of the tournament through the offside. Fluent as always, de Kock was even more severe to any opportunity to score. Hitting down the ground, slogging to long-on and ramping a shortish ball, he collected three fours in Ngidi’s first over.

Introduction of spin brought some semblance for CSK. Looking to clear the infield, Rohit mistimed a lazy chip off Piyush Chawla to mid-off. An off-cutter from Curran sent de Kock packing in the next over. Failing to get the elevation due to lack of pace, he could not clear mid-wicket.

Twice after that, MI looked like rebuilding. First with a 44-run stand for the third-wicket between Saurabh Tiwary and Suryakumar Yadav and later when Tiwari along with Pandya added 24 in overs 12 and 13. However, brilliance in the field by Faf du Plessis saw the end of both of them.

Winning the match-up battle with Jadeja, Tiwari scored 17 in nine balls off him. Batting after more than a year, Pandya was quick to his usual ways. Letting things sink in after three balls, he announced himself with back-to-back sixes against Jadeja. The first was a cultivated slog-sweep which for a moment looked mistimed. The next was as good as they come. Staying back for a shorter ball, he managed to power a pull that cleared the boundary with convenience.

There was a turn in Jadeja fortunes in the very next over. After consecutive sixes in his third over he hit back with two wickets in his final one. Both wickets were courtesy the brilliance of Faf du Plessis at the straight boundary. The South African judged a skier from Tiwari to make a tough lob at the long-on fence look routine. To better his effort, he was quick to reach a hard flat hit from Hardik and timed his jump to hold on.

Lungi Ngidi looked all over the place in his first two overs. Belted for 29 runs in his first two he looked set to be a headache for Dhoni. However, bringing back memories from a dream season in 2018, he hit back at the death giving only nine runs in the last two overs.

Moreover, he took the crucial wickets of Kieron Pollard and Krunal Pandya. While Pandya was a lucky scalp down the leg side, Ngidi dismissed Pollard through a fiery back of a length delivery.

After the dismissal of the openers, MI could not manage to get the momentum back in their favour. Apart from the first two overs with the bowl, MI lost the battle in all three departments. However, for a team not used to winning the opening match, it was business as usual for MI. On other hand, despite the unavailability of a few key players, CSK have ensured that no one will take them lightly from here on. 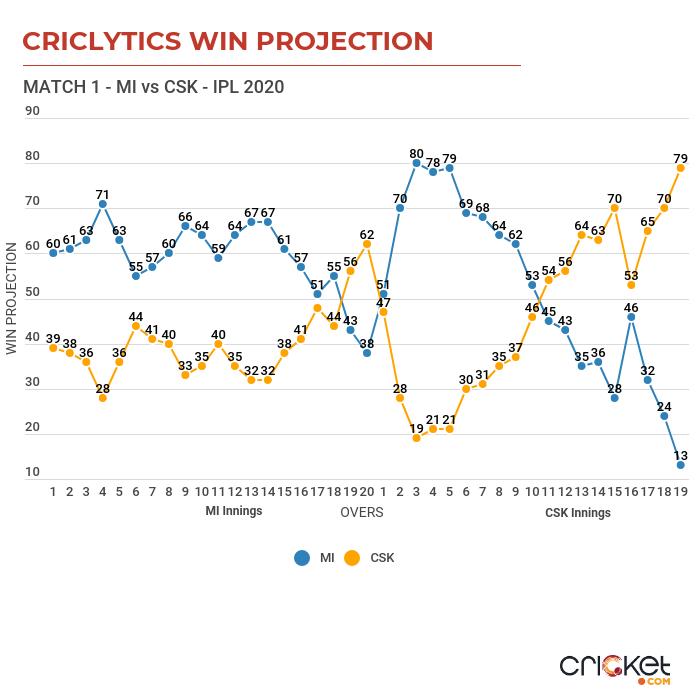 - When the game started and Mumbai got off to a blazing start, Criclytics predicted that MI would still finish with a total close to the final score of 162, even after 3 great overs. 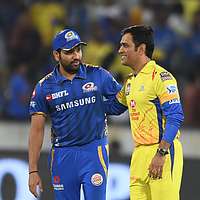