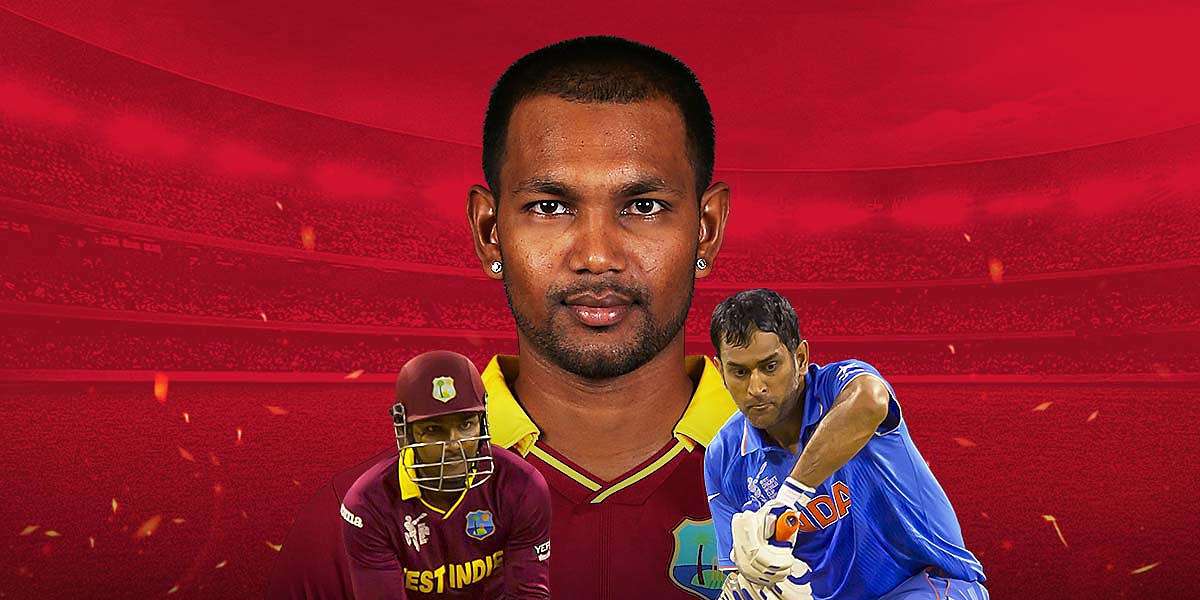 In a freewheeling interview, Ramdin spoke about his ambitions of making a comeback into the Test team, how he fell love with wicket-keeping and the recently-retired MS Dhoni. Excerpts:

Tell us about playing cricket amidst a pandemic.

It feels so different because CPL is all about having a lot of crowd, lot of noise, people coming to cheer their team. This one is different because we are playing in just one country, two different venues. You have to motivate yourself and have that team camaraderie, support each other. We miss the crowd because they always bring that added pressure. They are like the 12th man. Now there should be vibes within the team, and we have to support each other.

From Trinbago Knight Riders to St Kitts and Nevis Patriots, has it been tough adjusting to the new environment?

I wouldn't say it's been tough because we are professional athletes and you get used to it. At Knight Riders... You could say it was a lot easier there because we had players from one country, maybe a few foreign players. With the Patriots, you have a few foreign players and then players from different islands, so we are trying to know each other as quickly as possible because we didn't have a pre-tournament camp because of the pandemic. We couldn't do a lot of off-field stuff which helps you to know each other, their likes and dislikes. We are trying to learn as we go along. It's a young group and we have some senior players as well. Yes, we would like to win but the senior players are trying to work with younger guys and build a team for the future. The goal is to become the best team in CPL. Hopefully, we could soon win a title as well.

You have won two titles with your previous franchise and have that winning mentality. How do you share that with the franchise who is yet to win the title?

It's important to keep doing the basic stuff and not try to overdo something fancy. For example, I won't try to be a Pollard or Russell. You have to trust your own game. They will score most of their runs via boundaries, while I focus more on ones and two and a couple of fours here and there. Those guys are very explosive but at the end of the day, you have to know your strengths and weaknesses. We have a young group so whatever knowledge I have I am sharing it with these, also from behind the stumps. There's going to be a time where a bowler has to defend 10 runs in the final over or a batsman has to score 15 in the final over. So it's up to me to tell them that an opportunity is going to come but it's going to be difficult because the opposition are going to know your strengths and weaknesses, so you have to work on certain areas to become better players.

You bat in the middle-order and have to operate according to the situation. How do you approach your batting in a T20 game?

I look at the scoreboard when I am walking out to bat. If we are two down inside the powerplay the goal is to get out of those six overs without losing a wicket, so that we could have wickets at the backend of the innings. If you lose three wickets in the powerplay, the majority of the time that team loses the match. At that point of time, you try to rebuild and hopefully at the end you can catch up. And if we are 70 for 1, then I just try to calculate the next five overs and try to get at least six or seven runs per over. And then if we are 110 for 1 by the end of 16 overs, you try to target bowlers but it also depends on the surface. With wickets in hand, it's a bonus. 165-170, you give your bowlers the best shot.

Winning two T20 World Cups with West Indies, does that still motivate you?

I still remember the first World Cup that we won in Sri Lanka. Marlon Samuels batted out of his skin and the likes of Pollard, Narine and Badree. Ravi Rampaul bowled an outstanding ball to Dilshan, one of the best balls of his career, I can remember all of it like it happened yesterday. Playing against India in the semi-final in 2016 where they scored 190-odd and Lendl Simmons, Johnson Charles and Andre Russell batted out of their skin. We lost Gayle in the first over and the entire Wankhede stadium was shaking. But the other guys stepped up. It is one of the best games I have been part of. Then we went to the Eden Gardens and Carlos Brathwaite made a name for himself, while Samuels once again did his stuff. Those two World Cups are the major highlights of my career. 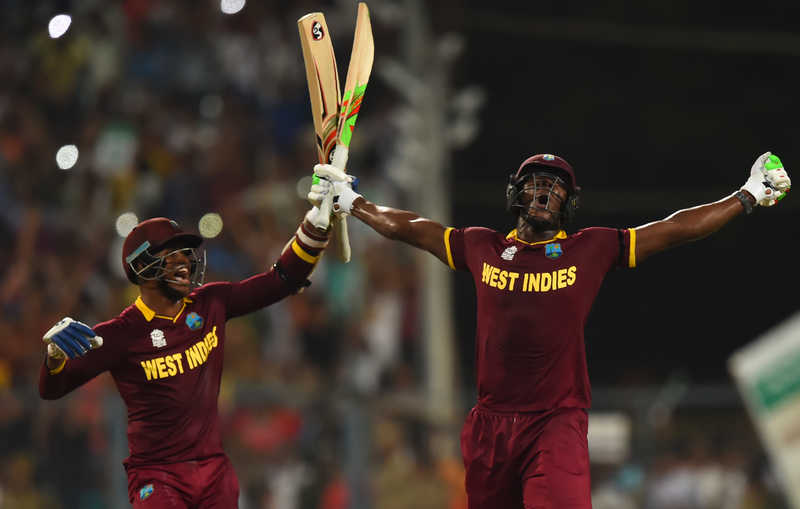 Is the motivation still there to play for the West Indies?

Actually, I still want to play a few Test matches if I get the opportunity. I am still playing four-day cricket and if I can push myself, I can still play a year or two of Test cricket. I always had this goal to become the best wicketkeeper for West Indies, score the most number of runs and finish with the most number of dismissals. I haven't played Test cricket in the last three-four years. In my last two Test innings, I scored fifties. It was quite shocking why I got dropped but I didn't let that set me back.

Thoughts regarding your future.

If I do get back into the international stage, especially in Test cricket, a maximum of two years of it. If I’m playing T20 leagues alone, maybe three years if I’m not in Test cricket anymore. Just play a couple of leagues, not much. Maybe the CPL, one league in Asia, maybe Canadian Premier League if selected in those. Travelling for so many years, leaving home, it takes a toll. Some guys go tournament after tournament and they’re out for nine months in a year. I don’t think I want to do that.

What have your observations been about MS Dhoni? Have you had a chance to talk to him?

A phenomenal leader, batsman, captain – a guy who has done it all at the international level. Very calm under pressure. He’s given young players experience, he backed them. He never doubted the ability of those guys.

I remember one instance when Virat (Kohli) wasn’t getting any runs, he just came off an England series. We were there for a one-day series and we got Virat out once or two cheaply. He didn’t drop him. He said look, rather than bat at number three, I’m going to put you at four or five. In one game, he (Kohli) came in at number four or five and scored a century and that was it. He was back to his normal self.

Sometimes, understanding your players, not discarding them is important. Other teams might have gotten rid of their players, he still backed Virat. I think he’s (Kohli) going to be one of the best batsmen who’s ever played the game. His passion as well for the game and you have to give Dhoni a lot of credit.

Dhoni is a wonderful human being. He always said he wants to be remembered as a humble servant or a great human being and not for all the stuff he did on the cricket field. I think that is important, that says a lot about him. Some players when you ask them what you want to be remembered as, (they say) ‘best allrounder’, ‘best batsman’, ‘best bowler’. But he went on the other side and said ‘the best human being he can possibly be’.

I look at the movie and it was a very amazing story, where he came from and where he is today. 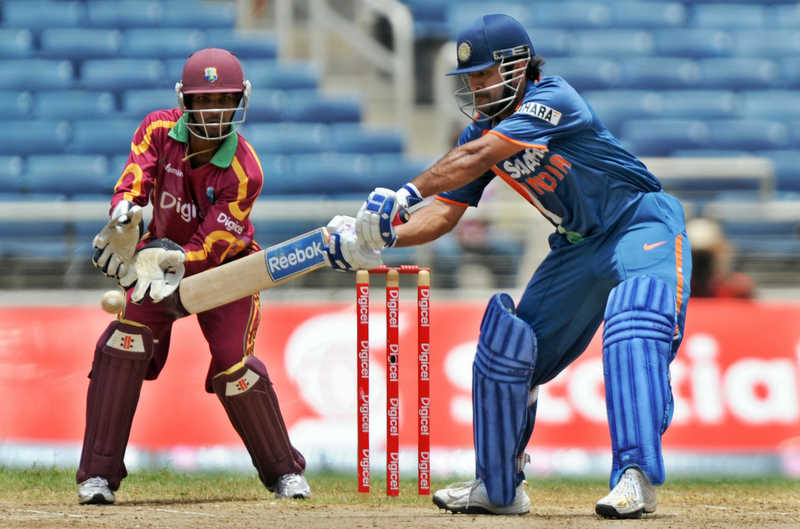 Any young wicket-keepers in West Indies who have caught your attention?

Hopefully, during the CPL, you’ll see a lot more younger players getting the opportunity to bat and bowl so that they can showcase their talent and not just have them on the sidelines for a few years and they don’t get the opportunity.