Did not think half the side was dismissed: Bhuvneshwar on Babar Azam's scalp 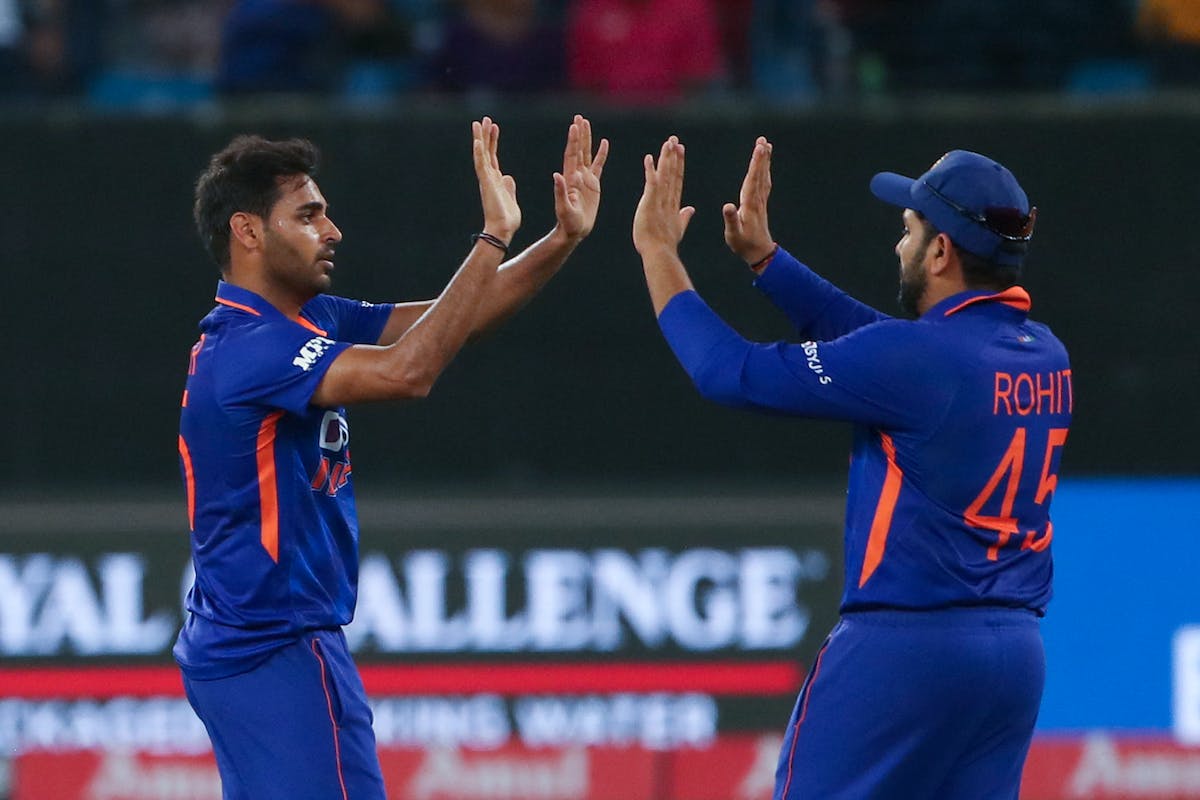 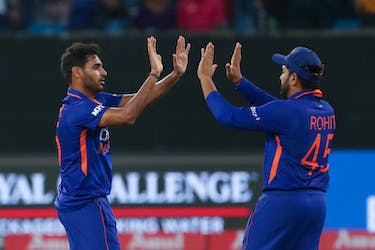 Did not think half the side was dismissed: Bhuvneshwar on Babar Azam's scalp

One of the most awaited matches in the cricket rivalry, India and Pakistan locked horns in their opening clash of this edition of the Asia Cup in Dubai.

With stakes rocketing sky-high, the two sides produced a match that went all the way down to the wire, with India recording a five-wicket win in the final over.

While Bhuvneshwar Kumar was the pick of the Indian bowlers by picking 4 for 26 in his four overs, it was Hardik Pandya's all-around performance of an unbeaten 33 off 17 and three wickets in the first innings that made the difference and helped India get over the line.

In the post-match press conference, Bhuvneshwar heaped praises on the all-rounder for his performance in the crunch game. "After ten overs, the game was very tight, and in such a scenario, the match can go either way, but the way Hardik and Jadeja batted, it helped us win but honestly, it was a 50-50 game," he said.

"The way Hardik has been performing in the last couple of series has been great, and if he continues to do that in the World Cup, it will be amazing for him and the Indian team," he further added.

The speedster has been in sublime form this year in T20Is and helped India scalp wickets at crucial junctures of the game. In this high-voltage clash, he wreaked havoc in the powerplay by picking the wicket of Babar Azam in the third over and followed it up with three wickets in the back end of the innings.

"I am very happy with the performance, not only the wickets. When you pick wickets, you feel like you have contributed to the team, but sometimes bowling economical is also a contribution to the team. The way Hardik and others bowled, it was a complete bowling performance," he said, reflecting on his performance.

Despite the wicket of Babar early in the innings, Bhuvneshwar stressed that Pakistan had batters in their line-up that could hurt India. "He is a very good batter and scores a lot of runs, but there were nine more good batters to come."

"As a team, we never think if their best batter is out, half their side is dismissed, but definitely, he is their main player and the person who plays the anchor role, so we felt we disturbed that," he further added.

The Indian team entered the game on the back of a ten-wicket defeat against Pakistan in the T20 World Cup, but the 32-year-old feels the team has moved on and worked on improving every series.

"There is obviously pressure when we play Pakistan, and we lost the last match in the T20 World Cup, but as a team, we never thought about it. We have left that match behind and prepared in a way where we can perform our best in this series.," he concluded.