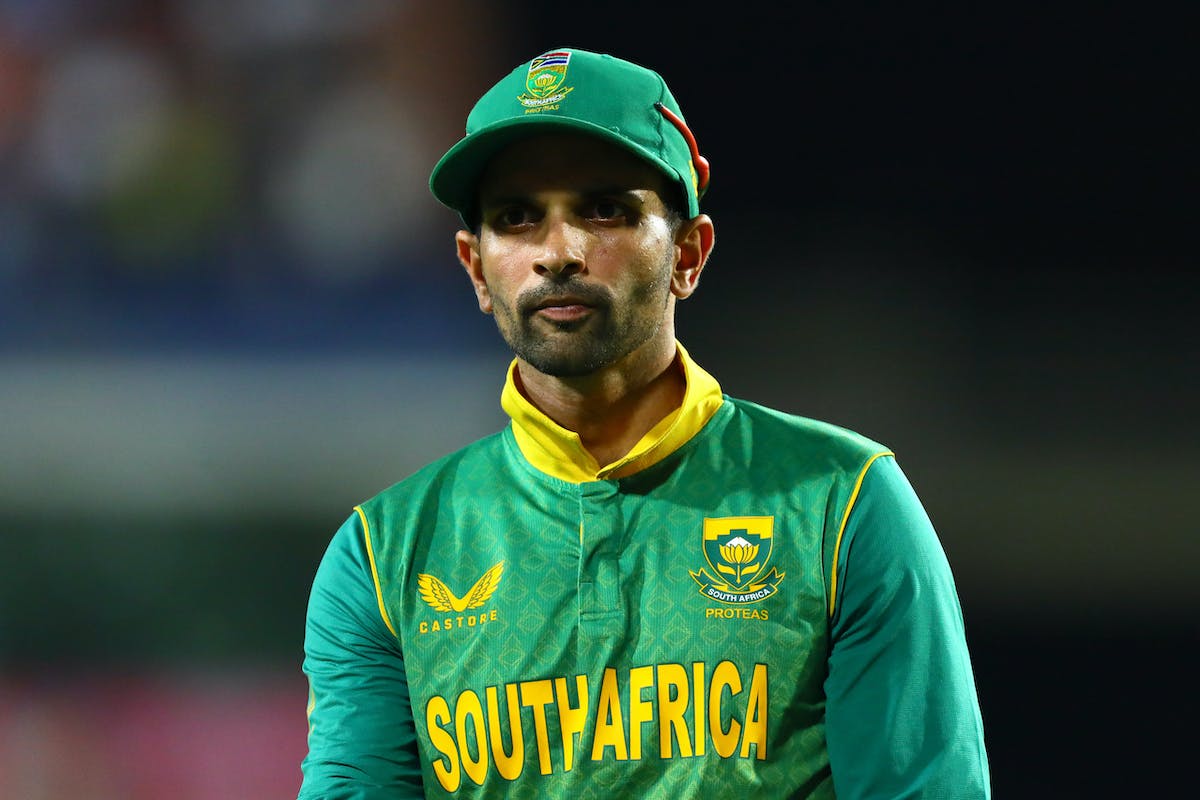 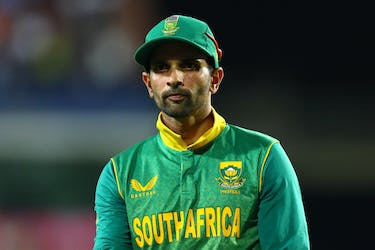 It is not often that visiting sides opt to bat first in the subcontinent in white-ball cricket, but South Africa’s stand-in captain Keshav Maharaj made a rather surprising call at 1:00 PM in the afternoon, preferring to let the hosts chase.

It was a call that was bold, but it backfired spectacularly as India chased down the 279 set by the Proteas without breaking a sweat, knocking off the total with more than four overs to spare, losing just three wickets.

Dew is a factor that’s prevalent in the subcontinent, but speaking in the aftermath of the defeat, stand-in skipper Maharaj said that he and his side were completely caught off guard by the sheer amount of dew that was present at the JSCA International Stadium on Sunday.

“We didn't expect dew to be such a factor here, that's why we opted to bat,” Maharaj revealed in the post-match presentation.

Maharaj’s counterpart, Shikhar Dhawan, joked in his interview that ‘the toss worked perfectly’ for India.

“The toss worked perfectly, I am glad. Thanks to Keshav that he chose to bat (laughs),” Dhawan said.

The stand-in skipper admitted that there was an error of judgment on South Africa’s part. Mahraj said that the Proteas expected the wicket to slow down with time, but the opposite turned true as the pitch got better as the game progressed. While South Africa battled hard to post 278 on the board, Reeza Hendricks and Aiden Markram scoring fine fifties, India, aided by dew and the wicket, cruised towards the victory line.

“We thought the track will get slower and lower as the game progressed. But it got easier to bat after the 30th over due to the soft ball and dew that came on,” Maharaj admitted.

That India got home without breaking a sweat was down to the brilliance of Shreyas Iyer (113*) and Ishan Kishan (93), who shared a 161-run between them. The partnership effectively broke the back of the chase, completely burying Proteas’ chances.

Maharaj credited the pair and conceded that his side were completely out-batted.

“We tried what we could, Shreyas and Kishan played very well.”